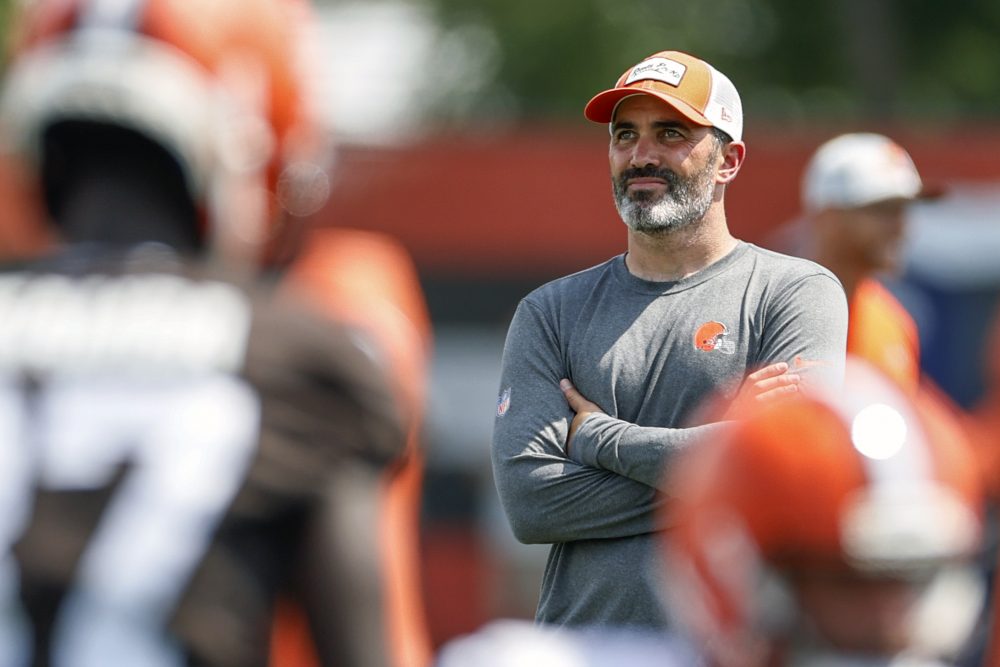 Making a season prediction was so much easier when the Browns were dysfunctional, couldn’t decide on which bad quarterback to play and had no chance to contend.

Optimism back then meant flirting with .500 and not having the coach and general manager fired after the season.

The goalposts have moved. The Browns are good. Really good.

They’re better than a year ago when they went 11-5, beat the Steelers in the playoffs and were a play away from upsetting the Chiefs. The Browns roster measures up with any in the league. They have continuity on the coaching staff and offense and an influx of talent on defense.

I can easily come up with a scenario in which the Browns win the Super Bowl.

I’m pretty sure I’ve never written that sentence in my 17 previous seasons covering the team.

The Browns are clearly among the top four teams in the stacked AFC, joining two-time defending conference champ Kansas City, Buffalo and Baltimore. So they have a shot.

In order to emerge from the tougher of the two conferences, the Browns will need quarterback Baker Mayfield to play on the same level as 2018 MVP Patrick Mahomes of the Chiefs, 2019 MVP Lamar Jackson of the Ravens and 2020 MVP runner-up Josh Allen of the Bills. Cleveland’s entire roster is the best of the bunch, but the gap at quarterback — based on the previous three years — is more than the equalizer.

Mayfield doesn’t have to play like an MVP all season. But he’ll have to perform like one in the season’s biggest moments and games. It’s nearly impossible for a team to go to the Super Bowl without getting that from the quarterback.

The first step toward reaching the franchise’s first Super Bowl is to win its first AFC North title. The division was formed in 2002, and the Browns have never finished atop the standings. They’ve only come within shouting distance three times — 2002, 2007 and 2020.

The North remains one of the NFL’s best divisions. I expect the Bengals to be dangerous on offense, am not among the many predicting Ben Roethlisberger and the defending division champion Steelers will fall off a cliff and have a hard time assuming the Browns will be better than the Ravens, who swept the season series a year ago.

It might be time for me to make the leap.

I have little doubt Mayfield will close the gap on Jackson this year. The Ravens have serious injury problems, including losing running back J.K. Dobbins for the season with a torn anterior cruciate ligament. And I have questions about their offensive line.

The Ravens have a winning tradition and a great coach in John Harbaugh, but the Browns have improved significantly in those categories. They also have the league’s best offensive line.

Everything seems to be in place for a breakthrough of some degree, but plenty of pitfalls must be avoided. Injuries, overconfidence, bad luck, the wrong decisions at the wrong times.

The playoffs aren’t a given in the NFL.

Of the 25 teams with the longest playoff droughts since the NFL-AFL merger in 1970 — at least 10 years — only 10 made it back the year after ending the drought. That ratio shrinks to three of 13 since 1980, not counting the Browns and Buccaneers, who ended long absences last year.

The Browns made it to the postseason for the first time since 2002. The Bucs won the Super Bowl in their first playoff appearance since 2007.

Cleveland’s schedule is more difficult this year than a year ago, with the NFC North and AFC West replacing the NFC East and AFC South. A 17th game has also been added, which brings its own challenges.

That’s a lot to digest and weigh.

The Browns will have a good season. I expect them to go to the playoffs. I’m picking them to go 12-5 and win the AFC North.

I’m just stopping short of the Super Bowl. Put me down for a spot in the AFC championship game for the first time in 32 years, a close loss to the Bills and even more reason to be excited for the future.