Notes: Odell Beckham Jr. listed as questionable, but it looks like he’ll play against Chiefs 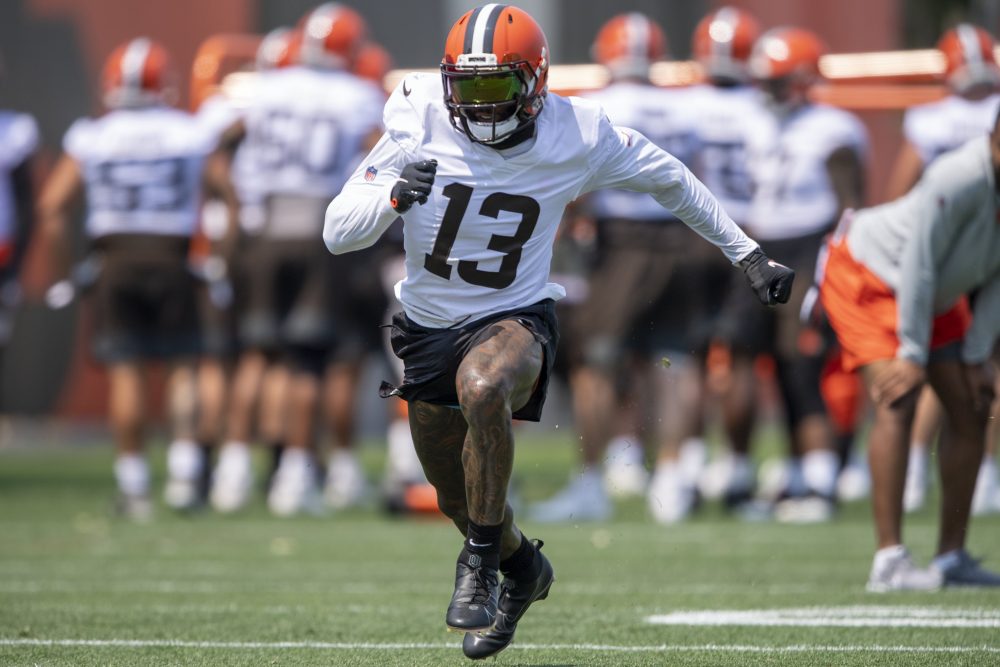 BEREA — Receiver Odell Beckham Jr. is expected to play Sunday against the Chiefs in the opener.

But coach Kevin Stefanski wasn’t ready to confirm it Friday.

Beckham was listed as questionable on the official injury report after being limited in practice all week. He’s coming back from surgery in November to repair a torn anterior cruciate ligament but has looked good throughout training camp and participated in team drills the last couple of weeks. He was first up in individual drills Friday.

Beckham hasn’t talked to reporters since training camp started July 28 despite several requests. The only time he’s spoken to the local media since the injury Oct. 25 against the Bengals was July 25 for about five minutes at his youth football camp.

“He was limited today, so we’ll use the next 48 hours with all these guys and determine who’s playing, who’s not,” Stefanski said. “Will let you know 90 minutes before the game.”

Stefanski said Beckham hasn’t had any setbacks since the start of camp. He was asked if Beckham’s hit all the benchmarks in his return.

“Yeah, I think all the guys that are rehabbing from any injury, we make sure we follow the medical advice and go through the rehab process like that,” Stefanski said. “So he’s no different.”

Beckham is one of several players returning from injury who could enter the game with restrictions on playing time.

“There’s a bunch of guys that you look at and you say, ‘All right. He can go this many plays based on this,’” Stefanski said.

“He’s going his pace. We’re all here supporting him,” Landry said. “We just can’t wait to see the things he’s been working on continue to come to life.

“He’s been a guy who’s been struck with a lot of hardships from the injury perspective. Everybody, not just the Browns, but everybody just wants to see him make do for all the things we know he can do.”

Even when the kicking situation appears settled, it isn’t.

The Browns added Chase McLaughlin to the injury report as questionable with a right (kicking leg) hamstring injury following practice. He was a full participant, as he had been all week.

McLaughlin got the job after incumbent Cody Parkey injured a quadriceps in the preseason. McLaughlin then badly missed his final kick of the preseason, an extra point in Atlanta.

If the Browns don’t think they’ll be able to count on McLaughlin against the Chiefs, they have until 4 p.m. Saturday to promote rookie Chris Naggar from the practice squad. He was signed Sept. 2.

Harrison was a full participant Friday, and the rest were limited. They’re all expected to play, with the possible exception of Delpit, who missed much of camp and all three preseason games. He didn’t play as a rookie last season after his Achilles ruptured.

** Rookie linebacker Tony Fields II (illness) and guard Michael Dunn (back) were ruled out. Fields missed his second straight practice, while Dunn returned in a limited capacity after missing a couple of weeks.

Running back Kareem Hunt only touched the ball seven times in the playoff loss to the Chiefs in January. He’d like to be more involved this time.

Hunt was pumped up to return to Kansas City, where he was a third-round pick in 2017 and won the rushing title as a rookie. He was cut during the next season after a couple of off-field altercations.

Yet in the 22-17 playoff loss, he carried only six times for 32 yards, including a 3-yard touchdown, and caught a pass for 2 yards. All the touches came in the second half.

He’s excited about this trip.

“Get to play the team that put us out last year,” he said. “We get to come out with a big-time opponent. It will show us where we’re at early. So can’t wait.

“I want to win every game we play. So they’re just in the way. No tough, hard feelings, but I’m coming trying to win.”

Clearview High School graduate Anthony Hitchens remains an important piece of the Chiefs defense. He was a playoff captain a year ago and played 52 of 67 snaps in their Super Bowl loss to the Buccaneers, getting a tackle and a pass defensed.

“Especially base downs he’s the leader out there and he makes the calls,” left guard Joel Bitonio said. “They actually do a lot, so he has to communicate a bunch with motions and they have multiple fronts, so they aren’t just lining up in the same front every time.

“So he does a good job, and they blitz those guys a bunch. They move around, I think that’s their calling card, when they need it, man coverage, blitz the house, see what happens.”

Hitchens is in his eighth season in the NFL.

Chiefs All-Pro safety Tyrann Mathieu remained on the COVID-19 list and didn’t practice all week. He would have to be activated Saturday by 4 p.m. to be eligible to play.

“He’s really their sparkplug,” Landry said. “He’s the guy that’s making the plays. He’s the guy that they do a lot of things around defensively to use his gifts and his ability, whether he’s being a free player and just kind of making plays or getting guys lined up.”

Mathieu had six interceptions in the regular season last year and got Baker Mayfield in the playoffs.

Stefanski will again name a game captain each week rather than having season captains. He wouldn’t publicly reveal his pick for Sunday, although he told the team before practice.

“It is just how we do it. It does not mean it is the right way to do it,” he said. “I just feel like you do not need that C on the chest to be a leader. I feel like each game highlighting one guy and what he means to the team and having him be the captain works better for us.”

** The forecast calls for 92 degrees and sunshine at kickoff.