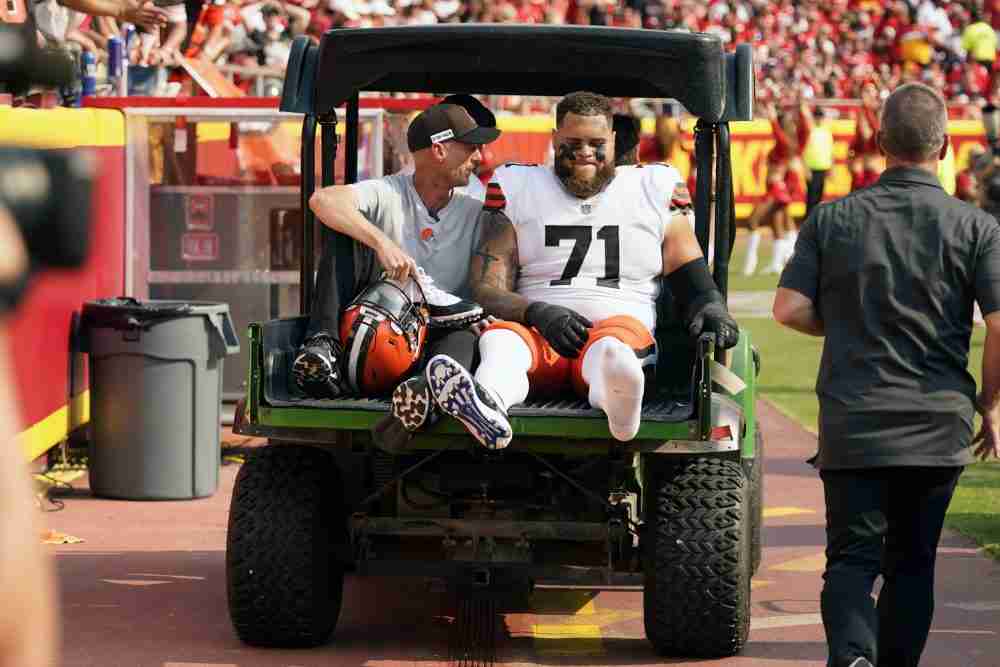 KANSAS CITY, Mo. — The Browns appear to have caught a big break on the injury front.

Coach Kevin Stefanski called left tackle Jedrick Wills Jr. “day to day” with an ankle injury during a Zoom call Monday. He didn’t rule him out for Sunday’s game against the Texans at FirstEnergy Stadium.

Wills left the 33-29 loss to the Chiefs in the second quarter Sunday at Arrowhead Stadium. He limped off the field, then was driven into the locker room.

Chris Hubbard replaced Wills and would continue to do so if he misses more time, Stefanski said.

Ronnie Harrison Jr. won’t be suspended after ejection vs. Chiefs

Wills, the No. 10 pick in the 2020 draft, suffered a high ankle sprain in January in the playoff loss in Kansas City. He left the game after the first offensive snap and didn’t return.