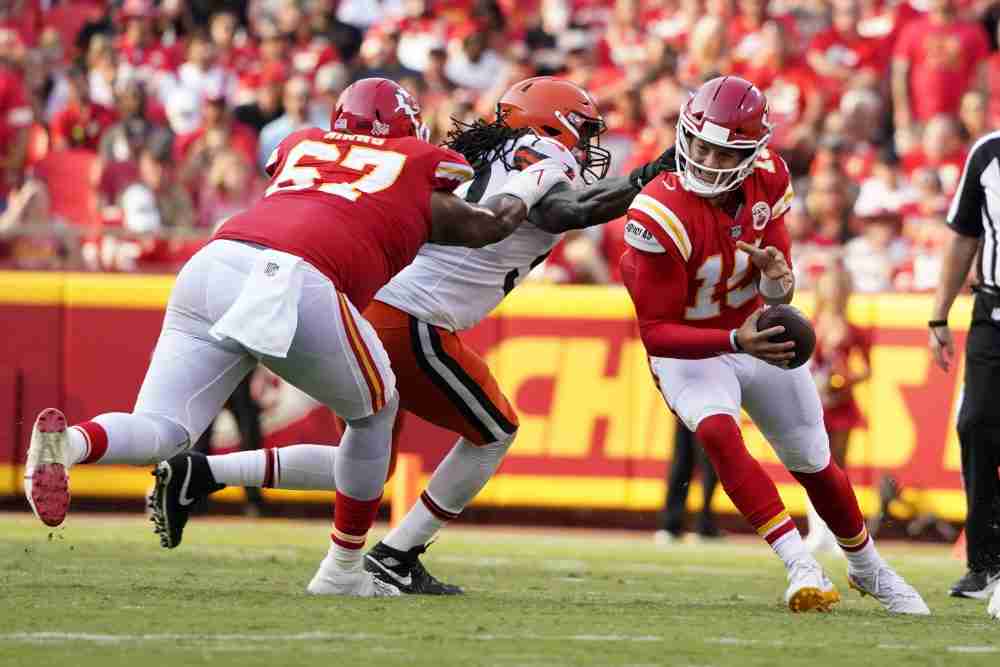 PATIENCE IS A VIRTUE

The Texans forced three turnovers, all interceptions, last week in a 37-21 win over the Jaguars. The Browns attribute that to defensive coordinator Lovie Smith, who’s new to the Texans but not the NFL.

“Lovie Smith, they are going to try and take the ball away,” coach Kevin Stefanski said. “That is what he is known for. He has done it really at every stop in his career.”

Smith plays the Tampa 2 zone defense, which is designed to take away the big play. Stefanski must accept that in his play calls and quarterback Baker Mayfield in his decision-making. A steady diet of runs by Nick Chubb and Kareem Hunt could be in store, and their success could force Smith to step out of his comfort zone.

“It certainly requires discipline. It requires a lot of things really: precision in the pass game, landmarks, spacing, timing, accuracy and all of those things,” Stefanski said of facing the Tampa 2.

Tyrod Taylor’s time in Cleveland was short, but he had lasting impact on Baker Mayfield, others

The Browns scored 29 points and put up a league-high 457 yards in the loss to the Chiefs. After a great start they hurt themselves with mistakes in the second half and are chasing a 60-minute effort.

The Texans’ collection of running backs is an attention-getter. Mark Ingram II, Phillip Lindsay, David Johnson, Rex Burkhead and Scottie Phillips (9 yards) have combined for the most rushing yards (15,222) and rushing touchdowns (134) of any team in the NFL — and it’s not close. The rushing yards are 6,626 more than second-place Tampa Bay, and the touchdowns twice as many as anyone else. Ingram, Johnson and Lindsay rank in the top 25 in active rushing yards and all scored in the opener.

“They’ve got a great corps of running backs and a great group of guys up front that try to be physical, that want to pound the rock,” defensive end Jadeveon Clowney said.

The Texans use a lot of big personnel to help the run game, which could force the Browns to use more of their base defense. That would mean more playing time for strongside linebacker Sione Takitaki. Houston ran it 41 times for 160 yards in the opener, including 41 yards on three carries by quarterback Tyrod Taylor. Ingram averaged 3.1 yards on 27 attempts, Lindsay 3.1 on eight carries and Johnson 3.3 on three rushes.

“They play a physical brand of offense. They can run the ball downhill,” Stefanski said. “They have good players, and it is a good scheme. It is a huge challenge for our defense. This is a team that wants to run the ball and they have the guys to do it, so we will have to stop the run.”

LIVING ON THE EDGE

Myles Garrett’s sack last week came on the final meaningful defensive snap. Clowney is still looking for his first with the Browns, and what better time than against the team that drafted him with the No. 1 pick in 2014.

“He has a nose for the ball,” linebacker Jeremiah Owusu-Koramoah said of Clowney. “He’s always looking to put pressure on the quarterback as he should. He’s aggressive. He has a good mindset.”

Laremy Tunsil is a Pro Bowler at left tackle for the Texans, so Garrett will need to be on top of his game. He could also slide inside for a more attractive matchup, which he didn’t do against the Chiefs. Garrett said he and Clowney are still learning how to play together.

“It’s different but I don’t think it’ll take long,” he said. “We went against one of the best offenses in the league and so it’s going to take a little time. It was a tough test and I think we’ll learn from it and we’ll be able to bounce back this week.”

Taylor, who was sacked once in Week 1, has great movement skills and is tough to bring down. But if the Browns can get a lead, Garrett and Clowney could feast with more pass rush opportunities.

“I’ll tell you what — those guys are not going to stop rushing even if they’re on the field for 10 plays, seven plays, 15 plays, they’re going to keep rushing,” receiver Jarvis Landry said of the tandem. “When we had to have one last week, both those guys met at the quarterback. Hopefully that’s a sight we see pretty often this year.”

Yards by the Browns in Week 1, best in the league and the most in franchise history in an opener.

Catches of at least 50 yards for Houston receiver Brandin Cooks, second in the NFL since 2014. Cooks had five catches for 132 yards in Week 1.

The sellout crowd will have plenty to cheer, as the Browns prove their superiority over the Texans in a rare comfortable win. Browns 31, Texans 17.

Commentary: When do we get the OBJ we were promised?
Commentary: Win over Texans a reminder of how fragile even the best rosters can be