Mailbag: What about 3 TEs, 2 RBs on field together? Where was Richard LeCounte III in opener? 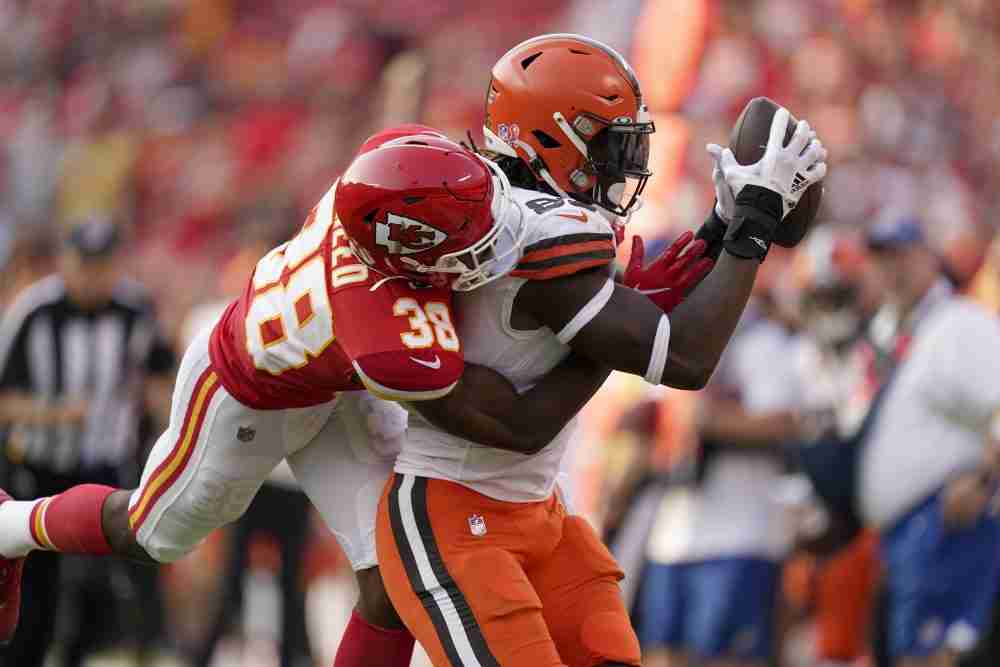 Q: Thoughts on the Browns using a three-tight end, two-running back set? Seems like it would be a matchup nightmare?

I can’t remember Kevin Stefanski using such a personnel package, with the possible exception of on the goal line, but wouldn’t rule it out. Stefanski promised to expand the playbook in Year 2, and we all know how much he loves tight ends and fullbacks.

The Browns have too many quality receivers to go without any for significant snaps, but I could see Stefanski and coordinator Alex Van Pelt going with your suggestion and splitting the tight ends wide to take advantage of mismatches. Tight end David Njoku has shown the ability to get downfield and could be dangerous out wide vs. a linebacker or safety.

And the Browns shouldn’t have any problem rushing out of that grouping of big bodies.

Q:
After a strong preseason, and with shortages at safety, where has Richard LeCounte III been? Is he in the team’s immediate plans?

A: LeCounte, a fifth-round pick out of Georgia, played five snaps in the opening loss to the Chiefs. They were the five snaps John Johnson III missed when he went to the locker room for an IV.

It’s fair to wonder why the coaches went with cornerback M.J. Stewart Jr. at safety rather than LeCounte when Ronnie Harrison Jr. was ejected. I think it’s as simple as Stewart has been in the league since 2018 and has some experience at safety. There’s a trust factor that isn’t there with a rookie.

I know LeCounte showed up in training camp and the preseason, including two interceptions in games, but the picks came on desperation throws. The coaches just don’t think he’s ready, as evidenced by him being a healthy scratch today vs. the Texans. Grant Delpit is active and set to make his NFL debut, so the active safeties are Johnson, Harrison, Delpit and Stewart.

Q: Explain again to me why it was a good idea to sign the Northwestern linebacker? Poor grade in his first game and can’t stay on the field? Jacob Phillips can’t get back fast enough.

A: I love any Northwestern mention, but not as much in this context.

I thought Anthony Walker Jr. played fine in the opener. He led the team with nine tackles, including eight solos, and showed he’s fast enough to make plays on the sideline. Coordinator Joe Woods used a lot of zone coverage to prevent explosive plays, so there was only so much Walker could do in the middle.

And Walker missed just one game in the previous three years, so “can’t stay on the field” isn’t fair. Guys pull hamstrings, and the team is hopeful he’ll be back after missing the mandatory three games on injured reserve. Walker’s one-year, $3 million contract is a bargain.

As for Phillips, I’m sure the team wishes he could contribute and he’d surely be taking Walker’s place during the injury — Malcolm Smith is scheduled to start today against the Texans. But Walker would be the starter and play every snap even if Phillips were healthy.

Q: Candidly, who is the #Browns most talented assistant coach?

A: I’ve really been impressed with the coaching staff and its ability to teach, especially getting to watch it up close this year during training camp, as opposed to last year with COVID-19 restrictions.

But if I had to pick one, I’d go with offensive line coach Bill Callahan. He’s got the experience, the track record and is as fiery as ever at 65 years old. He doesn’t put up with anything less than 100 percent effort and execution. Pass game coordinator/receivers coach Chad O’Shea would be my second choice.

Mailbag: How concerned should fans be about long-term kicking situation? How will Chiefs approach Browns offense? Any good memories from the opener?
Mailbag: Does Baker Mayfield need to learn to protect himself? How can defense live up to potential? When will JOK play more?