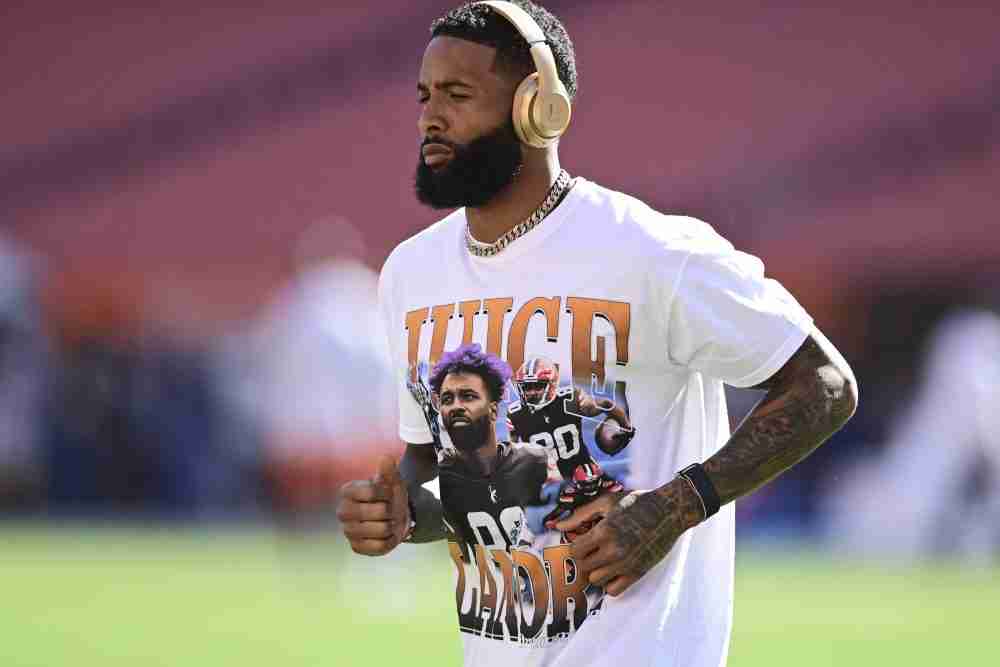 CLEVELAND – Left tackle Jedrick Wills Jr.’s sprained ankle is doing better and he’s in the starting lineup for today’s game vs. the Bears.

He spent a long time on the field before the game warming up. He wore a Jarvis Landry T-shirt to honor his best friend, who was placed on injured reserve Tuesday with a sprained medial collateral ligament.

Beckham ran toward the stands and jumped up to hug the fans in the first row of the west end zone.

Wills was listed as questionable on the injury report but practiced Friday and coach Kevin Stefanski said he was trending in the right direction.

Wills started last week in the win over the Texans after testing the ankle before the game. He didn’t work out on the field individually Sunday, another sign the ankle is improving.

It got stiff last week during the game and he was replaced in the third quarter by Blake Hance. The hope is Wills can play the entire game vs. the Bears.

He was hurt in the second quarter of the opening loss in Kansas City when he accidentally stepped on safety Juan Thornhill and the ankle turned. He left the game and didn’t return.

Center JC Tretter (knee) is also in the starting lineup after not practicing Wednesday and Thursday and being listed as questionable. That’s become his routine.

The Browns’ inactives contained no surprises.

Rookie linebacker Tony Fields II, a fifth-round pick, is active for the first time and expected to make his NFL debut. He missed Thursday’s practice with an illness but returned Friday.

For the Bears, quarterback Andy Dalton (knee) and safety Tashaun Gipson Sr. (hamstring) are among the inactives.

Rookie Justin Fields will start at quarterback for Chicago. He was the No. 11 pick out of Ohio State.