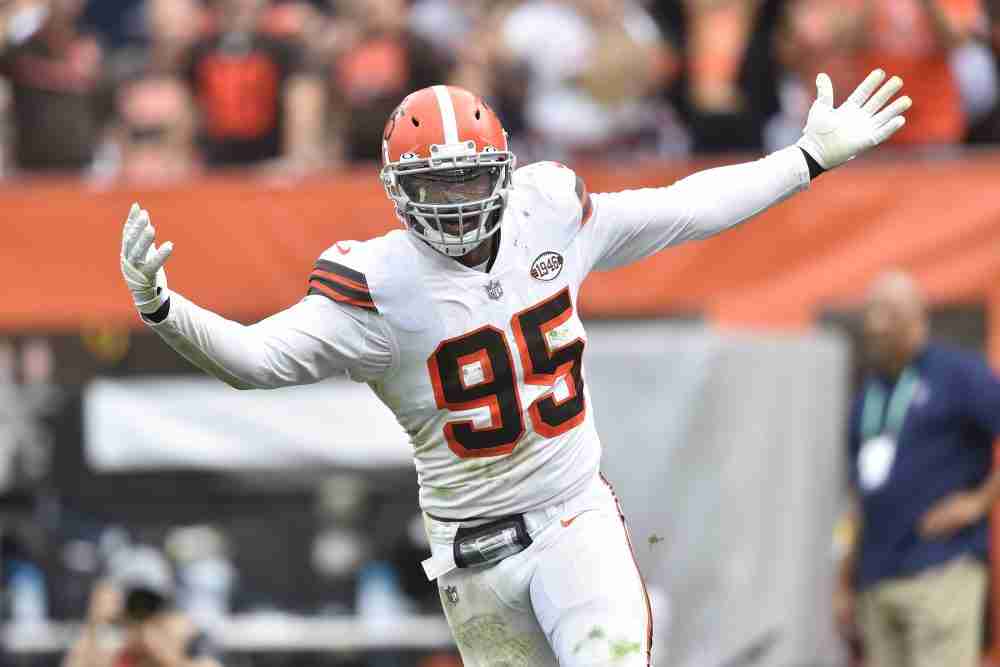 So when Garrett talked to the defensive line last week about playing better and taking advantage when he’s double-teamed, Jackson didn’t take offense. He embraced the message.

“It definitely resonates with us,” Jackson said Wednesday. “It’s cool when you have a young guy like Myles who’s coming in, who’s a great Hall of Famer already … doing big things, but when he can get the group together and call us up ’cause he feels like we need to do something, I think it’s just seeing him grow into his leadership role, into his captain role. So I think he’s doing a great job.”

Garrett, who’s in his fifth season, was named AFC Defensive Player of the Week on Wednesday after reminding everyone how dominant he can be with a franchise-record 4.5 sacks Sunday in a 26-6 win over the Bears. He got plenty of help.

They finished with nine sacks — second in team history — and held the Bears to 1-for-11 on third down.

“Games ahead, it allows offensive linemen to slide to him so it opens up a lot of one-on-ones, and we have to capitalize on those one-on-ones,” Jackson said, echoing what Garrett told reporters Friday before the Bears game. “It just puts fear in the offense’s heart. Those tackles that see him, they are probably turning to those guards, ‘Hey, I need some help.’

“Then you have a JD (Jadeveon Clowney), myself, Malik McDowell or Jordan (Elliott) down there, they have to kind of be careful of that because we are very good rushers in our own right. It creates stress for the O-line, but then it opens up things for us where we can go out there and work our individual attributes and really go out there and win our one-on-ones.”

Jackson said Garrett and veteran linebacker Malcolm Smith called a film session for the defense last Thursday after practice. The defense had struggled in the first two games, and coordinator Joe Woods received a lot of criticism.

“We understand what Coach Woods wants, we understand the first two weeks we weren’t getting off the field on third down and we need to be a little more stout in a few other areas,” Jackson said. “It’s important for these coaches to trust us. And I feel like we’ll go out there and do what they say when they say it.”

The Browns have eight new starters from a year ago in their starting nickel package, so growing pains were to be expected.

“We are really starting to come together, really start to put stuff together and really have our leaders take over,” Jackson said.

“If everybody has that mentality, then we’re going to be great.”

Running back Nick Chubb’s most impressed by Garrett’s physique.

“He’s just huge. He’s all muscle,” he said. “You see him with a shirt off, he is like defined everywhere. He’s just a freak.”