Notes: Teammates say Kareem Hunt runs like “Tasmanian Devil” and a “wild man” without regard for his body 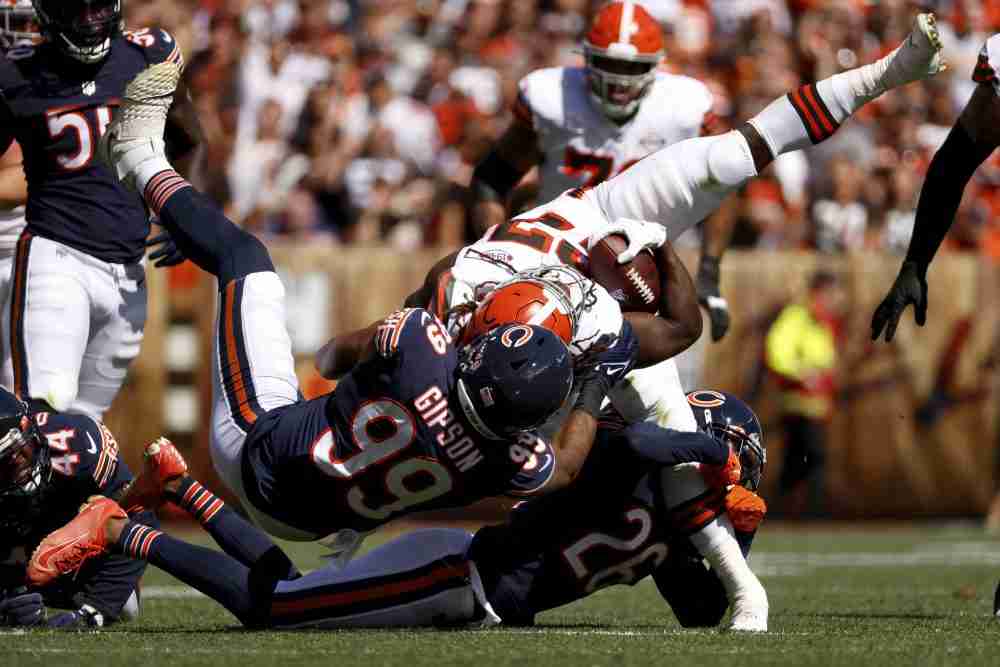 BEREA — Kareem Hunt has a running style hard to describe and impossible to replicate.

One of his legs often winds up in the air as he crashes to the ground after fighting for every yard. He windmills his arms to stay upright. He leaps over bodies with his hair flying behind him.

He’s chaotic and inspiring at the same time

“Runs like the Tasmanian Devil,” quarterback Baker Mayfield said Wednesday. “It’s like his upper body is leaning one way, his lower body … his balance, I mean, is outstanding.

“It’s something that very few people are blessed with. And like I said after the game, we’re lucky and blessed to have those two guys in our backfield.”

Nick Chubb is the other piece of the Browns’ two-headed running back monster. He runs with a sublime combination of speed and power but lacks the unpredictability of Hunt.

“Yeah, I agree,” Chubb said of the Tasmanian Devil description. “I mean, Kareem, he runs like a wild man, like he doesn’t care about his body at all. He just runs it up, sticks it up, in there, takes hits, bounces off of hits. He’s just a special player.”

Hunt totaled 155 yards from scrimmage Sunday in the 26-6 win over the Bears, including a 29-yard touchdown run in which he was hit behind the line of scrimmage. Mayfield said he ran even angrier than usual.

“Yeah, he was pretty mad Sunday. I think we all saw that,” said Chubb, who didn’t know the reason. “He just wants to win. He’s passionate.

“It gets us going for sure.”

Chubb may feed off Hunt’s energy, but Mayfield said it’s impossible to tell.

“Chubb’s going to be himself no matter what,” he said. “Whether there’s a meteor shower outside or sunshine and rainbows, he’s going to be the same guy every day. But that’s what we love about him.”

The tandem is off to a fantastic start with the Browns 2-1.

Chubb is third in the NFL with 262 rushing yards, and Hunt is 20th with 165, adding a team-leading 104 receiving yards. Hunt is third among running backs with 5.7 yards per carry, and Chubb is fourth at 5.5. Chubb is tied for the league lead with three rushing touchdowns.

The Browns scored touchdowns on their first three possessions in the opener against the Chiefs, then didn’t get humming until the second quarter in their next two games.

He’ll see a familiar face Sunday in defensive tackle Sheldon Richardson, who spent the last two years with the Browns before being released during the offseason to save salary cap space and cash.

“As long as he doesn’t wear that single digit like he did in the preseason, I thought it made him look a little softer in the midsection,” Mayfield said. “I love Sheldon, he’s a good dude, he’ll be chirping, that’s for sure.”

Safety Grant Delpit settled in Sunday in his second NFL game after missing all of last year with a ruptured Achilles tendon. He played 17 snaps in the three-safety dime package and had a tackle.

“It felt good,” he said. “I know it kind of slowed down a little bit. Just easing me into it and I’m ready to take more snaps as time goes on.”

Delpit, a second-round pick in 2020, said he’s ready to contribute at a high level despite the lack of NFL experience. He had six tackles, a sack and a forced fumble in his debut in Week 2.

Planting the school flag at midfield of the opponent’s stadium has become a thing in college, including SMU upsetting TCU by doing it. Mayfield was ahead of the curve when he did it after Oklahoma beat Ohio State in Columbus in 2017.

“I don’t want to take credit, but I did see Gary Patterson’s comments, he wasn’t too happy about the SMU Mustangs planting that at midfield,” he said, referring to the TCU coach. “I think it’s funny. Because it wasn’t planned, none of it was, but now I’m in Ohio, so full circle.”

Practice squad defensive back Tim Harris was placed on the COVID-19 reserve list. He’s the first Browns player to be put on the list since the start of training camp.