Mailbag: How will Browns fare in tough upcoming stretch? Is Myles Garrett in store for nothing but double teams? 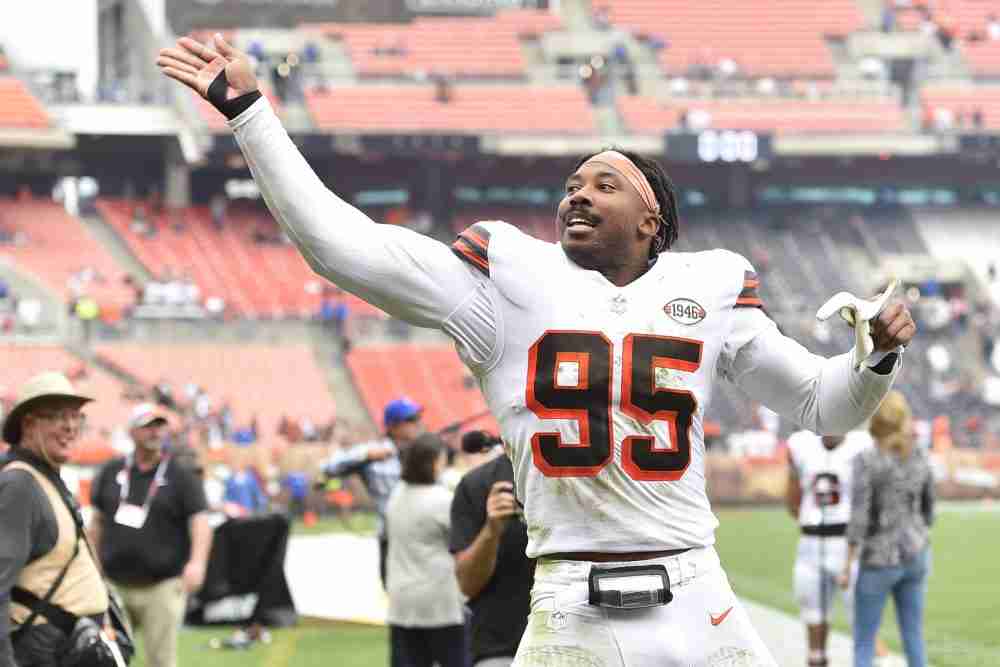 Q: Next four games will tell us plenty … I would be thrilled with a split. Your views??
— Randy Clar

A: I told someone the same thing last night, although I included the visit from the Steelers on Halloween to make it the next five games.

After today’s game in Minnesota, the Browns travel to the Los Angeles Chargers then host the Cardinals, Broncos and Steelers. Following a pair of “easier” matchups against the Texans and Bears, the Browns are certainly entering the meat of their schedule.

I believe the next two games are the toughest of the five. So a victory today against the Vikings is critical. If the Browns win, as I predict, that continues to build the momentum and removes some pressure heading to Los Angeles. The bottom line is we’ll learn a lot about this team in October.

From low man in Minnesota to head coach in Cleveland, Kevin Stefanski earns trust and respect

Q: After the Bears game, would you be surprised if any Browns opponent does NOT consistently chip, double- or triple-team Myles Garrett on most every play? If so, how will Joe Woods counter punch? Finally, isn’t it a fact that if Garrett is so good that offenses choose to dedicate two or more athletes to try to neutralize him, that he’s more than earning his salary even if he doesn’t register tackles or sacks. I don’t get why some people can’t understand that point.

A: Yes. I think Garrett still needs to prove that he can dominate when drawing extra attention, but he showed the league yet again how much damage he can do when single-blocked by a struggling left tackle, setting a franchise record with 4.5 sacks vs. Chicago.

The simple counterpunch for Woods is relying on the rest of the line to win their one-on-ones. This was the challenge from Garrett after the Texans game, and it worked with nine sacks vs. the Bears, including two by end Jadeveon Clowney. The rest of the line must make offenses pay for doubling and tripling Garrett. If this doesn’t happen, Woods can move Garrett inside on third downs to try to get him more favorable matchups, or bring more blitzes to force the protection to go man-for-man.

Your point about Garrett earning his salary by changing how offenses approach the Browns is legitimate. And stats aren’t everything. But when you compare Garrett to the other top pass rushers, it’s worth remembering that they also get double-teamed, and the best of the best still manage to win — whether on the rare one-on-one opportunities or against the doubles.

Bears coach Matt Nagy put rookie quarterback Justin Fields in a terrible spot. The experts on ESPN debated this morning whether going with a majority of five-man protection was the right thing, but it clearly didn’t work. The Texans had a lot of success the previous week by chipping Garrett and forcing others to beat them. That might not have worked for the Bears against a determined Browns defense, but Nagy should’ve tried it.

Things won’t be nearly as easy against the Vikings and veteran quarterback Kirk Cousins.

Q: Still think the brown jersey with the white numbers and white pants is my favorite. Yours?

A: You get two this week, Randy.

I’m not a huge uniform guy, but since I agree with you I’m including the question. Brown jerseys and white pants is my favorite combination. I thought the throwbacks last week were strong — I like the numbers on the helmets for special occasions — but the brown on white with the plain orange helmets will always be No. 1.

Q: Is Baker Mayfield wearing some type of protective brace on his left shoulder?

I noticed a black piece of material sticking out under his left sleeve in the first practice after the injury against the Texans, and it was still there this week.

Mayfield wasn’t listed on the injury report this week, which indicates he’s not getting extra medical attention. His throwing looks normal to me, but I do believe he’s wearing something to stabilize the left shoulder.

Mailbag: Does Baker Mayfield need to learn to protect himself? How can defense live up to potential? When will JOK play more?
Mailbag: Are Browns better with or without OBJ? Has team played to its potential? What’s the deal at left tackle?