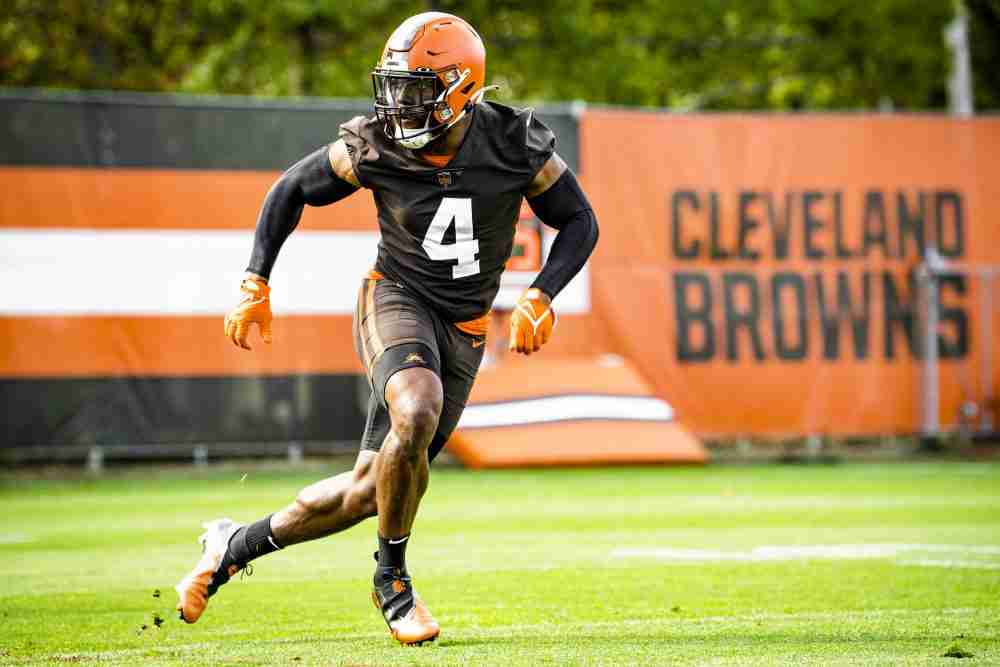 Middle linebacker Anthony Walker Jr. wasn’t finished when practice was done Friday. He missed the last three games, so he ran sprints to work on conditioning.

Walker was activated from injured reserve Saturday and will start Sunday in Los Angeles against the Chargers in a matchup of 3-1 teams.

The Browns also signed defensive end Joe Jackson to the practice squad, then elevated him and safety Jovante Moffatt to the active roster for the game. Jackson was waived this week.

Walker had 10 tackles in the opening loss to the Chiefs, his first game for the Browns after signing a one-year, $3 million contract in free agency. He strained a hamstring in practice the next week and was put on IR.

The Browns defense has turned things around the last two weeks, holding back-to-back opponents to single digits for the first time since 1995. Cleveland beat Chicago 26-6 and Minnesota 14-7.

Walker is the signal caller and helps get everyone on defense lined up properly.

“Anthony’s a great player. He’s an instinctive player, he’s talented, he’s quick, he’s fast, he knows how to get to the ball,” Bloom said. “He’s just got so much experience playing the game, so when you add that guy to the mix, it’s going to make you better.

“He’s a terrific leader and communicator out on the field, he really helps his teammates understand what the formation is and what our job is from a play-to-play basis, so adding him is a huge plus and we’re excited about that.”

Walker doesn’t like to leave the field, but coordinator Joe Woods said he’d be “smart” about how many reps Walker gets in his first game back.

“We will put a number on him, just so in the game with tempo, you are sticking your foot in the ground and the acceleration is a little bit faster, so we will make sure we are careful with that,” Woods said.

Jackson has played between five and 10 snaps every game and has a sack and two tackles. Ends Myles Garrett (knee/ankle), Jadeveon Clowney (elbow) and Takk McKinley (ankle/knee) missed practice time this week and were listed as questionable but are expected to play.