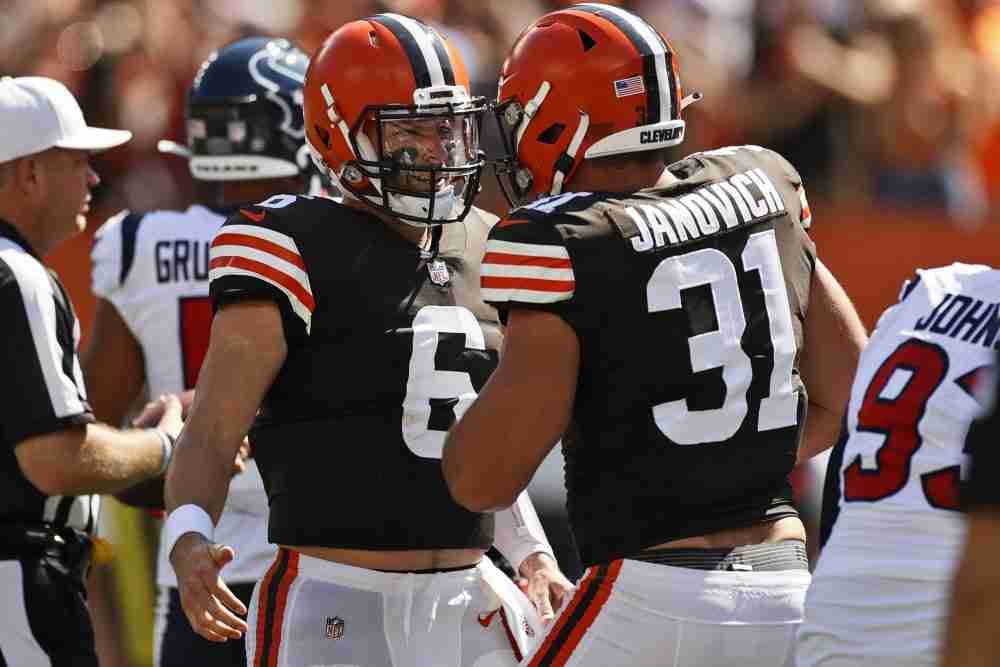 The Browns made a handful of roster moves Tuesday as they deal with a run of injuries.

More will be revealed about the availability of key players as the practice week begins Wednesday.

The Browns signed fullback Johnny Stanton IV and defensive end Joe Jackson to the active roster from the practice squad.

Stanton has spent most of the last two seasons on the practice squad, playing one game last year. Jackson was cut last week, signed to the practice squad and activated for the 47-42 loss to the Chargers. He’s played in all five games, including 34 snaps Sunday, and has four tackles and a sack.

The Browns finished the game without seven key contributors, so the lack of big names to IR on Tuesday was good news. That doesn’t mean someone couldn’t be added or that everyone will be back to play Sunday against the 5-0 Arizona Cardinals at FirstEnergy Stadium.

The most critical non-quarterback positions were affected against the Chargers.

And defensive end Jadeveon Clowney didn’t play when his knee bothered him before the game. He has two sacks, four tackles for loss and seven quarterback hits in four games. All-Pro defensive end Myles Garrett finished the game but is battling knee and ankle injuries.

Receiver Jarvis Landry (knee) is eligible to be activated from IR this week after missing three games.

Hubbard was injured in the opener filling in for Wills. He was valuable last year as the first lineman off the bench, and coach Kevin Stefanski called it a “big loss.”

Janovich appeared in all five games to begin the season, playing 35 snaps on offense and 53 on special teams. He rushed twice, including a touchdown, and caught a 2-point conversion.

Stewart played in every game, seeing time as a special teamer, safety and nickelback. He has 11 tackles.