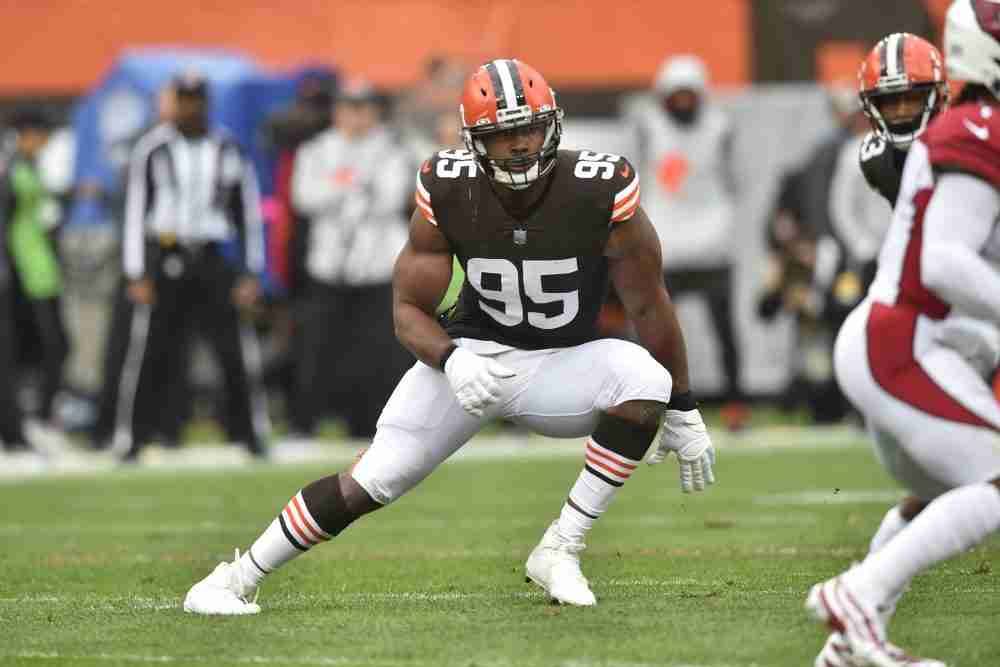 With so many big names missing on offense, the Browns could use a dominant effort from the defense. That means a dominant effort from All-Pro defensive end Myles Garrett. He’s taken over plenty of games, including with 4.5 sacks in Week 3 against the Bears, and realizes the importance of this one. He called a players-only defensive meeting to talk about returning to the strong performances of Weeks 3 and 4 after giving up 84 points in back-to-back losses.


“He’s a freak athlete,” Broncos quarterback Teddy Bridgewater told reporters. “He’s a great football player, and he’s a great human being as well. You can tell that he has a ton of passion when he plays the game. You can tell that he has a great feel for the guy he’s going against each week also. You can tell he’s prepared and that he studies them because when you watch him, he’s winning so many battles. He’s a guy that you’ve got to know where he is when you’re out there as a quarterback and when you’re game-planning.”

Bridgewater has been sacked 16 times in six games, including five last week against the Raiders, who were credited with 17 quarterback hits. While he can be elusive, he’s dealing with foot and quadriceps injuries that should slow him down. If Garrett, who leads the league with eight sacks, can fight through the double teams and take advantage of the one-on-ones, he should feast. He doesn’t have a strip-sack this year and is due. The Browns have only four takeaways in six games, and a turnover may decide what should be a low-scoring game. Bridgewater had one interception in the first five games but threw three last week and lost a fumble. Garrett needs to extend his misery.

“We do have to do a better job, and those things come via tipped balls and they come via great plays on the ball, rip attempts and getting the ball out,” coach Kevin Stefanski said. “It is going to continue to be a huge emphasis of ours. Sometimes they come in bunches, but we have to make sure that we take that thing away.”

Broncos edge rusher Von Miller had a big smile on his face when he said he was going to “kill” the Browns tackles. Whoever lines up on the outside of the offensive line must be dead serious and can’t allow Miller to destroy quarterback Case Keenum, who will start in place of the injured Baker Mayfield. Miller is one of the NFL’s best pass rushers over the last decade and can still get home, as evidenced by 4.5 sacks through the first four games this year.

“Von wants to play well every week,” Broncos defensive coordinator Ed Donatell said. “He’s had a good start to this season. He’s been productive. The most important game is the next one, and that’s this one this week. It’ll take everybody to bring home a win.”

The Browns will probably be without left tackle Jedrick Wills Jr. (ankle) for a third straight game, so Blake Hance will get another start. Right tackle Jack Conkin (knee) could return after missing last week, which would be a huge upgrade after rookie James Hudson III struggled. Miller bounces between sides, so both tackles will be tested, along with the tight ends and running backs asked to help. Miller didn’t have a sack in the last two games and put the pressure and focus on himself with his statements Tuesday.

The Browns can’t afford to let that happen.

The Browns need a surprising performance from a backup who will be thrust into a prime role. The list of candidates is long.

Running back D’Ernest Johnson will make his first NFL start with Nick Chubb and Kareem Hunt out with calf injuries. Donovan Peoples-Jones could move up to the No. 1 receiver role if Odell Beckham Jr. (shoulder) and Jarvis Landry (knee) don’t play. Rookie Demetric Felton should get more time at receiver and running back given the rash of injuries. And then there’s Keenum.

“We’ve all got the confidence, next-man-up mentality,” Johnson said. “We’ve just got to go out there and execute.”

Odell Beckham Jr., Jack Conklin among those listed as questionable for Thursday night vs. Broncos

Without his top two backs, Stefanski would normally lean on the pass game. But without Mayfield and with uncertainty at receiver, he’ll have to find the right balance. That should mean 15-20 carries for Johnson, who runs hard and with a burst. In the most extensive action of his three-year career, he rushed for 95 yards on 13 carries last year against the Cowboys.

“He has great vision,” Stefanski said. “When he puts his foot in the ground, he can really accelerate.”

The Broncos believe Cleveland’s run game is bigger than Chubb and Hunt.

“Really whoever’s in the backfield, we know they’re going to have great blocking and we know that they’re capable of running the football well,” safety Justin Simmons said. “As a defense, you’ve got to be able to be a force in the run game and stop that, and that’s what it’s going to take.”

Peoples-Jones had nine catches for 171 yards and two touchdowns in the last two games, the most productive stretch in his two-year career.

“He is very, very dependable,” Stefanski said. “Had some opportunities the last couple of weeks, and he has made the most of them. That is kind of what he does.”

Fourth-down attempts by the Browns, most in the NFL. They’ve converted only six, and the 40 percent success rate is tied for 21st.

Wins by the Broncos in the last 13 games vs. the Browns.

Rushing yards for D’Ernest Johnson this season. The Browns lead the league with 1,011.

A win may not come easily, and it probably won’t, but the Browns figure out a way to stop the losing streak at two. Browns 24, Broncos 20.