Notes: Jarvis Landry activated from IR, will play vs. Broncos 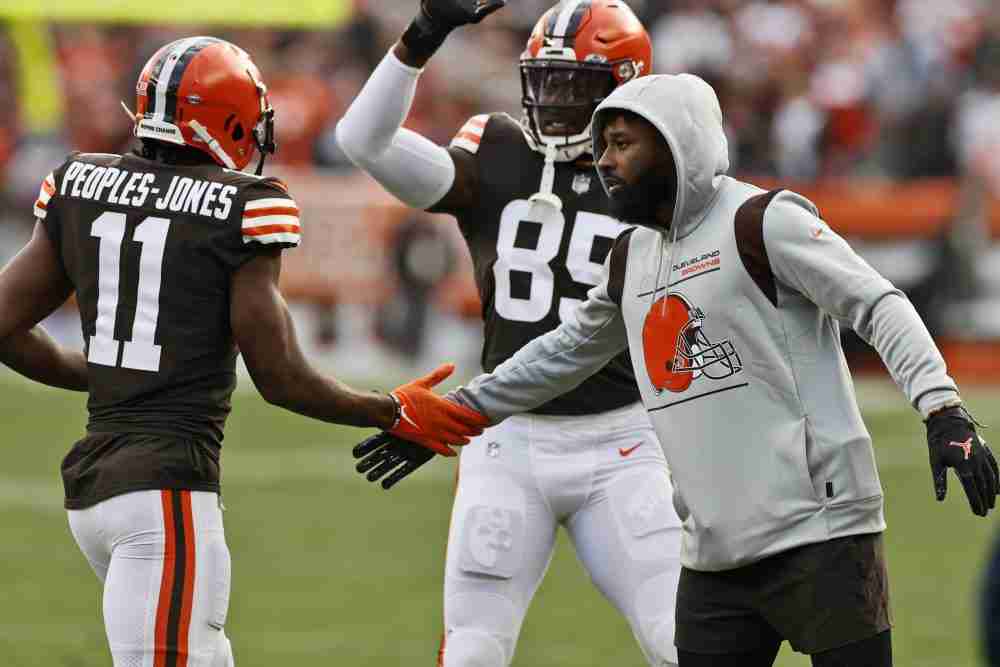 The injury-ravaged Browns offense got a big shot in the arm hours before the Thursday night game against the Denver Broncos at FirstEnergy Stadium.

Receiver Jarvis Landry was activated from injured reserve after missing four games with a sprained medial collateral ligament and will play vs. the Broncos.

Landry is the heart and soul of the team, and his presence and energy were missed. He was injured on the second snap in Week 2 against the Texans.

He had never missed a game due to injury in his eight-year NFL career.

“Obviously getting Jarvis back, that helps with the mentality,” quarterback Baker Mayfield said Tuesday. Mayfield was ruled out Wednesday with a left shoulder injury, and Case Keenum will start. “Obviously tremendous player. But leadership-wise, losing a guy like Nick and Kareem, we’re banged up, so Jarvis to be able to show up would be huge obviously. We’d love that.”

In addition to Mayfield, the Browns will be without running backs Nick Chubb and Kareem Hunt, who have calf injuries. Hunt was placed on IR on Tuesday and is expected to miss four-to-six weeks.

Landry has yet to play a game this season with best friend and fellow receiver Odell Beckham Jr., and it remains to be seen if that will happen against the Broncos. Beckham, who returned in Week 3 from a torn anterior cruciate ligament suffered last year, was listed as questionable on the injury report with a sprained shoulder.

An official decision on his availability must be made 90 minutes before the 8:20 kickoff.

The Browns also elevated quarterback Nick Mullens and cornerback Herb Miller from the practice squad. Mullens will back up Keenum.

Left tackle Jedrick Wills Jr. is reportedly expected to play after missing the last two games with an ankle injury. He was originally injured in the opener but started the next three games before having to miss a couple.

Right tackle Jack Conklin (knee) is not expected back vs. the Broncos. He was injured in the fourth quarter Oct. 10 against the Chargers and didn’t play last week against the Cardinals.

Blake Hance had started in place of Wills but will likely shift to right tackle. Rookie James Hudson III started last week in place of Conklin but struggled.

It’s too soon to tell if Mayfield will need offseason surgery to repair the torn labrum in his left shoulder, a league source told The Chronicle-Telegram.

The source contradicted a report from NFL Network that Mayfield is “expected” to have surgery after the season.

Mayfield said Tuesday he had “no idea” if he’d have surgery at some point. He said he suffered a complete tear of the labrum Sept. 19 against the Texans when he tried to make a tackle after an interception. He reinjured the shoulder Sunday when he was sacked by Cardinals defensive end J.J. Watt and fell awkwardly on the extended left arm.

The swelling didn’t subside in time for him to strengthen the area around the labrum and play vs. the Broncos. The hope is he can return Oct. 31 against the Steelers.