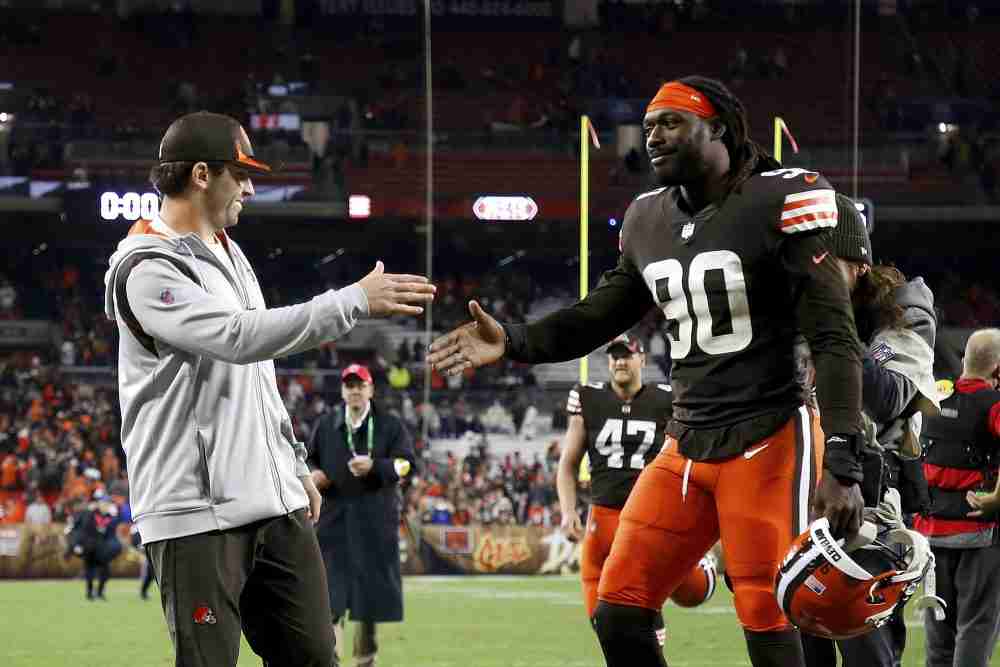 BEREA — Coach Kevin Stefanski is taking a wait-and-“we’ll see” approach to his quarterback situation this week.

Baker Mayfield didn’t practice Monday as the Browns returned from a long weekend. Mayfield was inactive Thursday night for the 17-14 win over the Broncos and has a completely torn labrum and fracture in his left (non-throwing) shoulder.

Stefanski said Mayfield was “feeling better” but didn’t know if he’d be able to practice Wednesday or play Sunday against the Steelers at FirstEnergy Stadium. Stefanski said he could wait until late in the week before knowing if Mayfield would play, or if veteran backup Case Keenum would make his second straight start.

“We will see,” Stefanski said. “It is hard to say how it is going to play out. I am not in the prediction business.

Commentary: Separated at worth? No difference in Browns QBs Baker Mayfield and Case Keenum

Stefanski also answered “we’ll see” when asked if Mayfield could play Sunday without practicing during the week. Stefanski said the matchup against All-Pro edge rusher T.J. Watt and the rest of the physical, aggressive Steelers defensive front wouldn’t factor into the decision whether Mayfield plays.

“No, I think we will just defer to the medical staff,” Stefanski said.

Mailbag: Will Browns stop the drama and put Baker Mayfield on IR?

Mayfield had started 53 straight games, including two in the playoffs last year. He originally injured the shoulder Sept. 19 against the Texans and hurt it again Oct. 17 against the Cardinals. The torn labrum happened in the first incident, the fracture at the top of the humerus in the second.

He didn’t miss a snap because of the injuries in either game and hopes to keep playing despite the pain and having to wear a harness. Another option would be a trip to injured reserve, where he’d have to miss a minimum of three more games.

“He is getting his work in, but I am not going to comment on roster status and that type of thing,” Stefanski said.

Mayfield practiced last Tuesday, taking all the first-team reps in the only full-speed practice of the week, but was ruled out Wednesday. The swelling in the shoulder hadn’t subsided, preventing him from strengthening the area around the torn labrum.

Stefanski wouldn’t say if the swelling had gone down or if another week of rest would be best for Mayfield.

“I would probably be speaking out of turn if I spoke to that,” he said. “I think that is really a medical type of thing. I would just tell you, I am listening to all of the people that have the degrees, and we will go with what they tell us.”

Keenum replaced Mayfield vs. the Broncos and went 21-for-33 for 199 yards, a touchdown and a 90.3 passer rating. The Browns (4-3) host the Steelers (3-3) in Cleveland’s first AFC North matchup of the season.

“We didn’t feel any drop-off,” he said. “Case is a veteran guy, he’s probably played in more games than I have my whole career. So there’s no drop-off, everything felt very smooth, ran the offense smooth.”

Wills complimented the leadership of both quarterbacks.

“It’s not really anything distinctive, they’re just both leaders in their own way,” he said. “They both have their different way of getting everybody fired up. Different players, but they’re both very good leaders.”

Keenum hadn’t started since December 2019 with Washington and had thrown only 13 passes with the Browns after signing a three-year, $18 million deal in 2020. He wasn’t thrilled with his accuracy against the Broncos but would figure to benefit from more playing time.

“I think any quarterback gets better certainly with more opportunities,” Stefanski said. “I think Thursday nights are really challenging because you do not get a ton of work during the week to work on timing and the precision in the pass game. I guess I am not surprised that he feels like he would get better with more time.”