Mailbag: Will Browns stop the drama and put Baker Mayfield on IR? 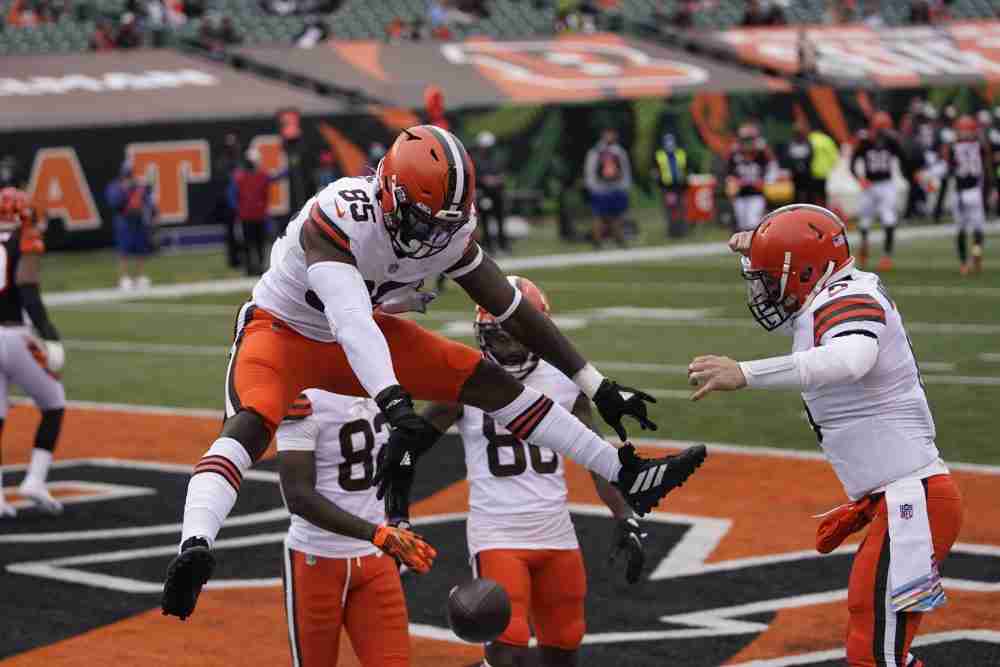 Q: The weekly drama of is Baker Mayfield going to play will get old. Coach Kevin Stefanski needs to get off the fence and put Baker on IR. Your views??

A: I understand your point about giving Mayfield’s left shoulder more time to heal, and maybe a three-week stay on injured reserve would do the trick. But I’m not convinced it would. The completely torn labrum isn’t going to fix itself in three weeks, especially when surgery is likely needed.

So if Mayfield is able to play from a pain and performance standpoint, I’d put him back in the lineup. The swelling that prevented him from playing against the Broncos must subside, allowing him to strengthen the area around the labrum. If that happens, I believe the Browns are better off with Mayfield playing. And it’s clear he wants to continue playing.

I wouldn’t necessarily call in drama, but I do think everyone’s going to have to get used to the idea that he could be in and out of the lineup depending on how the shoulder feels and what types of hits he takes in a game.

Q:
Baker winds himself up over perceived slights all the time, could he be tempted at times to spin the Browns’ “timing” on his contract extension as some form of rejection? Has the contract situation made him press more this season?

A: I wouldn’t put it past him to channel the lack of serious negotiations into fuel. That doesn’t mean he’s upset with the Browns and wouldn’t accept an extension, it just means he could repurpose the perceived slight as “I’ll show them I’m worth $40 million a year.”

As far as the lack of an extension making him press, he’s human, so I think it’s only natural if it’s affected his game. I know he’s already getting paid handsomely — and that’s not counting his commercials — but financially and psychologically, an extension would be life-changing. But the lack of a deal is no excuse for any struggles. Lamar Jackson doesn’t have an extension and entered Sunday playing at an MVP level.

Q: What are the chances in two seasons David Njoku is still on the Browns and Baker Mayfield isn’t?

This answer has a lot of layers.

In February I would’ve said there was no chance Njoku would be with the Browns in 2023 and I felt confident Mayfield would sign a long-term extension. Things have changed with both parties.

First, the Browns kept Njoku, guaranteeing his $6 million option for 2021 and again showing general manager Andrew Berry believes in his talent. Then Njoku showed more flashes of his vast potential while playing more consistently and saying he wanted to stay in Cleveland for the long term. This coincides with fellow tight end Austin Hooper continuing to look limited physically and not worth the four-year, $42 million contract he signed in 2020. Njoku has pedestrian numbers through seven games — 17 catches for 284 yards and a touchdown — but it’s no longer a stretch to think he could stick around as the No. 1 tight end.

As for Mayfield, I feel way less certain about the team signing him to a long-term extension. He’s signed through 2022, so there’s plenty of time for the sides to reach an agreement, but Mayfield hasn’t made the leap I expected after his strong finish to last season. The serious left shoulder injury is certainly a factor, but the deal I thought would get done in training camp now looks on hold until at least after the season, and probably longer.

I still think Mayfield is more likely to be with the Browns in two years than Njoku. There’s also a chance neither will be here. But the odds of Njoku being here and Mayfield not I’ll put at 20 percent.

Q: Candidly, Scott, what reason do you suppose is behind the fact that the #Browns haven’t retired Bernie Kosar’s No. 19?

A: I know how beloved Kosar is and I think it’s weird every time I see someone wear No. 19 — it’s practice squad receiver/returner JoJo Natson this year — but Kosar’s career didn’t reach the level of retired number.

The Browns have retired only five numbers. Three belong to icons: Otto Graham’s 14, Jim Brown’s 32 and Lou Groza’s 76. The other two were after tragedies: Ernie Davis (45) and Don Fleming (46) died within weeks of each other in their primes.

I’m not saying Kosar doesn’t deserve the honor, but I’d assume the list of Hall of Famers would be higher on the priority list.

Note: Article was corrected to show it was Ernie Davis who had his number retired.