If this is Ben Roethlisberger’s final game in Cleveland, Myles Garrett wants proper send-off — a loss 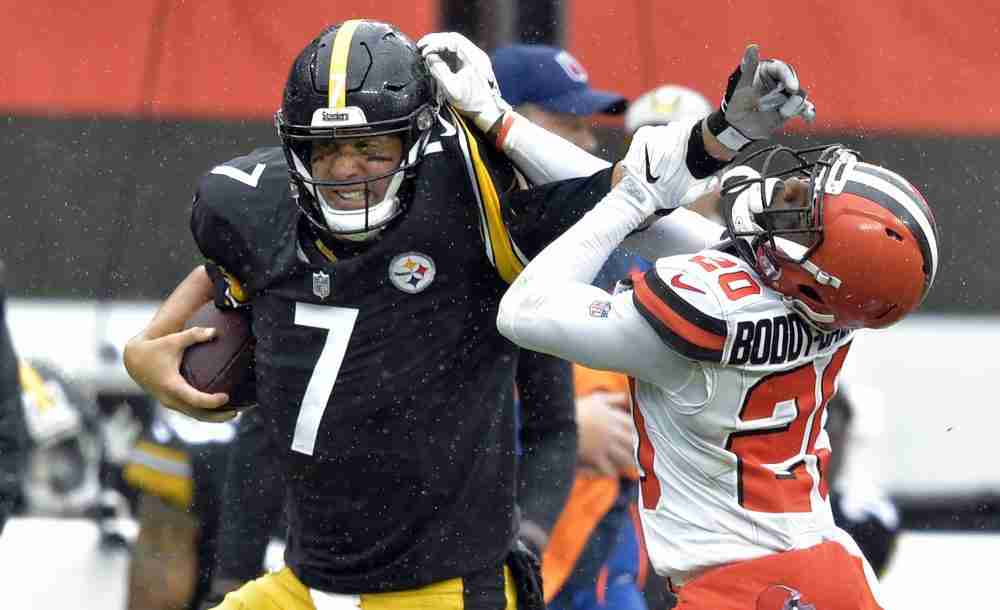 BEREA — The torture Ben Roethlisberger has inflicted on Browns fans over the course of his prolific career remains a source of trauma.

He’s not ready to let them forget it.

“I’m glad that I’m not the most winning quarterback in their stadium history anymore,” he told reporters in Pittsburgh this week.

Browns All-Pro defensive end Myles Garrett wants to make sure Roethlisberger doesn’t add to the victory count Sunday in what could be Roethlisberger’s final game at FirstEnergy Stadium.


“Hell, I have to send him off, right? If it is,” Garrett said Friday. “He’s left a huge legacy in Pittsburgh and here, so I’ve got to make sure he doesn’t leave with a win.

“But got to respect what he’s done and the greatness that he’s had on the football field.”

Roethlisberger was smiling when he dropped the zinger. He also complimented the Dawg Pound.

“The fans are awesome. They’re passionate. Any time an area has a nickname it’s pretty cool,” he said. “They like to get on us and it’s part of the game. Obviously when you go there and you play well and you win, it has a little extra feeling of satisfaction. But it’s not easy to play there.”

He made it look easy for much of his 18-year career with the Steelers. Roethlisberger hasn’t announced a retirement plan, but at 39 years old, this could be his last game on the lakefront.

“I don’t know that this rivalry ever went away,” Roethlisberger said. “Rivalries are great and AFC North football is always going to be rivals and great games.

His third loss to the Browns came in January in the playoffs at Heinz Field. He threw for 501 yards and four touchdowns but didn’t jump on a fumble to open the game that the Browns recovered for a touchdown and threw four interceptions.

He didn’t want to go out on that note and is trying to get the Steelers (3-3) back to the playoffs. The Browns are 4-3, so this is a crucial game as both teams try to stay close to the Bengals (5-2) and Ravens (5-2) in the division.

“We are just worried about this game,” defensive coordinator Joe Woods said. “Who knows with Ben? He could play a few more years. You can see he still can make all the throws, he still understands the defense and he is making good decisions for those guys.”

The fans hate him, but the Browns players have an appreciation for Roethlisberger’s place in the history of the rivalry and the league.

“He’s had an unbelievable career,” said Mayfield, who joined Brady Quinn and Brian Hoyer as the Cleveland quarterbacks to beat Roethlisberger. “Obviously dealing with injuries, but just his ball placement and his ability to extend plays, I think he’s a tremendous player and he’s been able to lead that franchise for a long, long time. So I think he’s a great player.”

Roethlisberger (6-foot-5, 240 pounds) gets rid of the ball much quicker these days and throws mostly short passes, as evidenced by his 6.4 yards per attempt, which ranks 30th. This season he’s completed 65.1 percent for 1,515 yards, seven touchdowns, four interceptions and an 86.0 passer rating.

In his younger days, he would hang onto the ball, shake off defenders and throw the ball downfield, consistently making the big play to break the Browns’ hearts.

“I grew up watching him as a kid and being able to play against him now is one of those really cool things to look back on,” right tackle Jack Conklin said. “He’s a big guy. It gave me my hope that maybe I could be a quarterback. I always loved watching him.”

D’Ernest Johnson’s life changed with a call on his way to yoga, and now he’s inspiring others not to give up on their dreams
Myles Garrett wants to dominate more than T.J. Watt, show he’s best edge rusher in NFL