Commentary: Everything was riding on this one, and the Browns delivered a season-changing performance 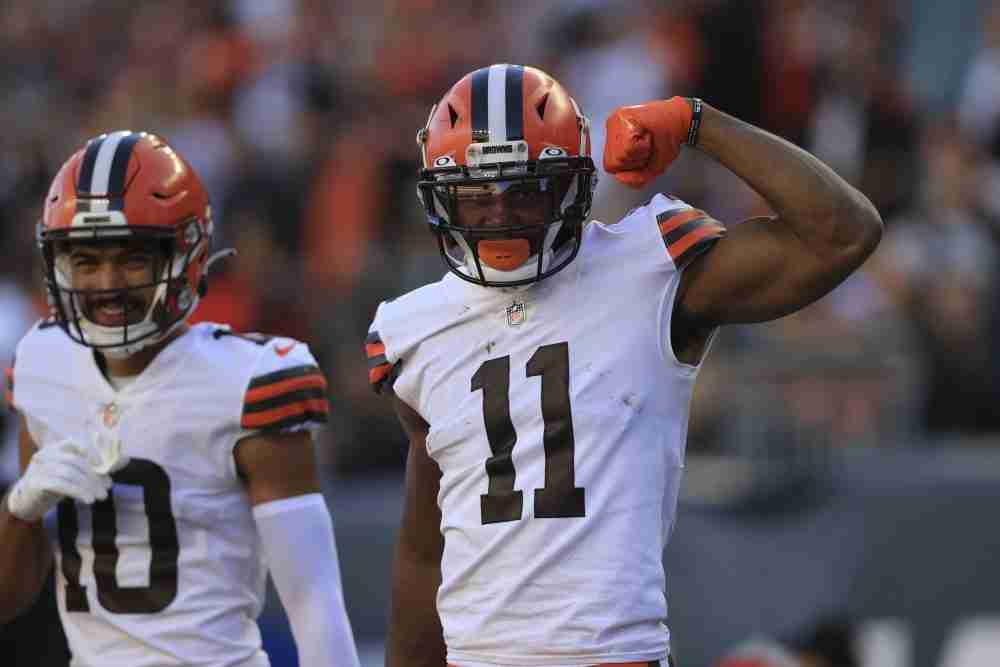 The Browns won a football game and passed a kidney stone.

That’s what’s called a good day at the office.

And, boy, did they need one.

The longest week of Kevin Stefanski’s head coaching career, Andrew Berry’s general manager career and Baker Mayfield’s quarterbacking career ended Sunday on the banks of the Ohio River with a squeaky-wheel-purging pounding of the upstart Cincinnati Bengals that will hopefully restart this chaotic Browns season.


All that was riding on the game was the rest of the season, locker room harmony and maybe Mayfield’s future in Cleveland.

But Browns 41, Bengals 16 is a resounding, definitive and kidney stone-passing exclamation point by Cleveland’s fighting grammarians.

They scored 41 points Sunday after scoring 41 points in their last three games combined. As rebuttals go, this will do just fine.

“When adversity hits,” Mayfield said, “I trust these guys.”

Adversity hit last week with the force of a Mike Tyson haymaker, throwing the entire organization into stormy waters and raising all sorts of questions about multiple decision makers within the organization.

It wasn’t quite a man-the-lifeboats-moment, but Stefanski, Berry and Mayfield were working overtime on sump pump duty. Odell Beckham Jr., the party of the first part, around whom the week-long news cycle cycloned, was asked to leave the premises while management spent most of the week simultaneously trying to build a game plan and put out a fire.

Incredibly, they did both, and — even more incredibly — it worked. Resoundingly: Browns 41, Bengals 16.

“Our guys are pros. Their focus was there all week,” Stefanski said.

It needed to be, because Sunday in Cincinnati could have turned into The Day The Browns’ Season Ended. Locker rooms are funny, delicate environments, filled with large, opinionated alpha dogs.

If you were trying to create a controversy that conceivably could divide a team it would be the one, with a lit fuse, that Beckham rolled into the locker room in Berea. Seasons have gone sideways for teams from controversies less flammable than this.

Berry and Stefanski had to act quickly, decisively and correctly to prevent an outbreak of raised eyebrows between and among the players.

That, apparently, is what happened, because the Browns played by far their most complete game of the season, on a day they needed it most, sending a message that needed to be sent as desperately as the team needed a win.

If the message wasn’t as blunt as “the heck-em with Beckham” it was a ringing “we got this” from a veteran-laden team with enough adults and leaders mature enough to circle the wagons when the wagons needed circling.

Maybe it was the karma in Paul Brown Stadium, named after the man who invented the Browns, and much of pro football, to be honest, that inspired exactly the correct response by a team that played like it sensed its season was teetering on the brink.

In their last two games at Paul Brown Stadium, last year and this year — neither of which Beckham played in (he tore his ACL on the first offensive play in last year’s game) — the Browns scored 78 points.

Sunday they scored touchdowns at either end of the touchdown scoring spectrum: a 99-yard interception return by Denzel Ward and a 1-yard run by Nick Chubb, who Nick Chubbed the Bengals defense for 137 yards on just 14 carries, an average of almost 10 yards per carry.

Chubb scored two touchdowns and would have scored three had Stefanski, on third-and-1 from the Bengals 4-yard line, not called a bizarre lateral from Jarvis Landry to Chubb. It was a Freddie Kitchens-type call too hideous to describe.

The Browns defense was sensational, producing one fumble, five sacks and two interceptions. It would have been three interceptions, but one didn’t count because the Browns were flagged for not one, but two penalties on the play.

OK, so maybe the lads were a little overamped at times.

The statistics at halftime were almost as hideous as Stefanski’s goal line lateral call. With 4:10 left in the first quarter the Browns had been outgained 141 yards to none. The Bengals ran 20 offensive plays before the Browns ran their first play.

At halftime the Browns had been outgained by almost 100 yards (249-160), the Bengals had run almost three times as many plays as the Browns (42-15), but the Browns were leading by two touchdowns.

A football Mona Lisa, it wasn’t. But the Browns kept chopping wood, and on a day when their season felt up for grabs, they grabbed it, beat a team with a winning record for the first time this season, and came out the other side of their week from hell with a win.

It was a week that probably felt like three weeks.

A game that probably felt like a Super Bowl.

For a team that is smiling again.

It passed a kidney stone.