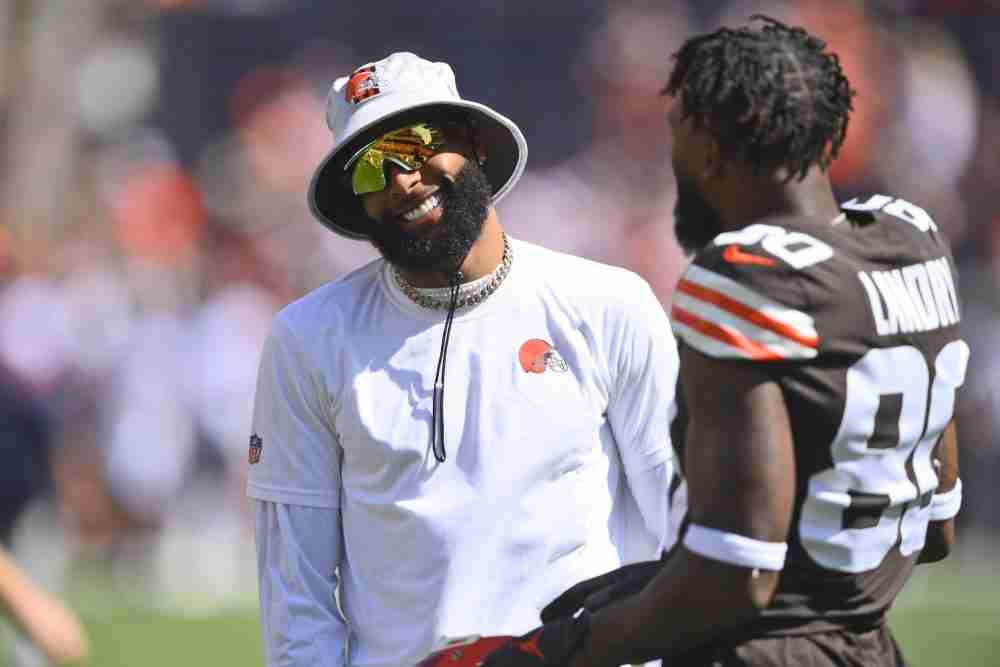 BEREA — Odell Beckham Jr. left the division, the conference and the Midwest.

The superstar receiver went about as far away from Cleveland as possible, and the only way the Browns could see him again this season is in the Super Bowl — in Los Angeles.

Beckham agreed to a one-year deal Thursday with the Los Angeles Rams, who aren’t on the Browns’ schedule and play in the NFC.

“Handle ya business,” Browns receiver and best friend Jarvis Landry posted on Instagram with a picture of Beckham. “Meet you in the SB brudda”

The Browns released Beckham on Monday after deciding last week to let him leave. The Packers, Patriots and Raiders were considered among the contenders to sign him after he cleared waivers Tuesday, and the Browns face all three over the final eight games. The Packers reportedly were his second choice.

He picked Los Angeles, where he spends a lot of time in the offseason.

As for how OBJ feels about his decision after receiving a lot of convincing calls and giving himself time to receive the “clarity” he was looking for, he tells me, “my heart feels good.” https://t.co/pijoFpafJ5

Safety John Johnson III played with the Rams for four years before signing with the Browns as a free agent in March.

“Obviously Odell’s a big name. He’s going to want that attention, as well. So it’ll be interesting.”

Beckham’s frustration in Cleveland grew because of a lack of opportunities. His dad shared a video on social media last week of Beckham running open and quarterback Baker Mayfield throwing inaccurately or not throwing to him at all.

In six games he had 17 catches for 232 yards and no touchdowns, finishing with one catch for 6 yards on one official target in a 15-10 loss to the Steelers on Oct. 31. That was the last straw, and his time with the Browns ended after 2½ years.

Johnson was one of the players who said last week they hoped things could be worked out with Beckham for him to return, but he wanted to go elsewhere and the organization decided that was the best move. After reaching a release settlement, the Browns saved $3 million and owe Beckham $4.25 million for the rest of the season.

“Coach McVay, he’s one of the best doing it. I know he’ll find a way to get it done,” Johnson said. “But just right off the bat, I’m like I wouldn’t really want to go there if I were him, but we’ll see how it goes, and I wish him the best.”

The Rams are 7-2 under quarterback Matthew Stafford, who joined them in the offseason.

“They’re going to find a way to get him the ball,” Johnson said of Beckham. “They’re definitely going to do that. Matt Stafford is one of the best doing it right now. They have an electric offense. They’re fun to watch.

“So it’ll be interesting. I’m going to be tuned in and see how it goes. But that’s a good situation to go to if you’re a wide receiver. I know that.”

The Rams were excited about their latest big-name addition.

Beckham choosing the Rams was the story of the afternoon in the NFL, and beyond.

“So Much luv to u my broda @obj,” Browns tight end David Njoku tweeted. “U deserve all the blessings coming your way.. See you on the other side”