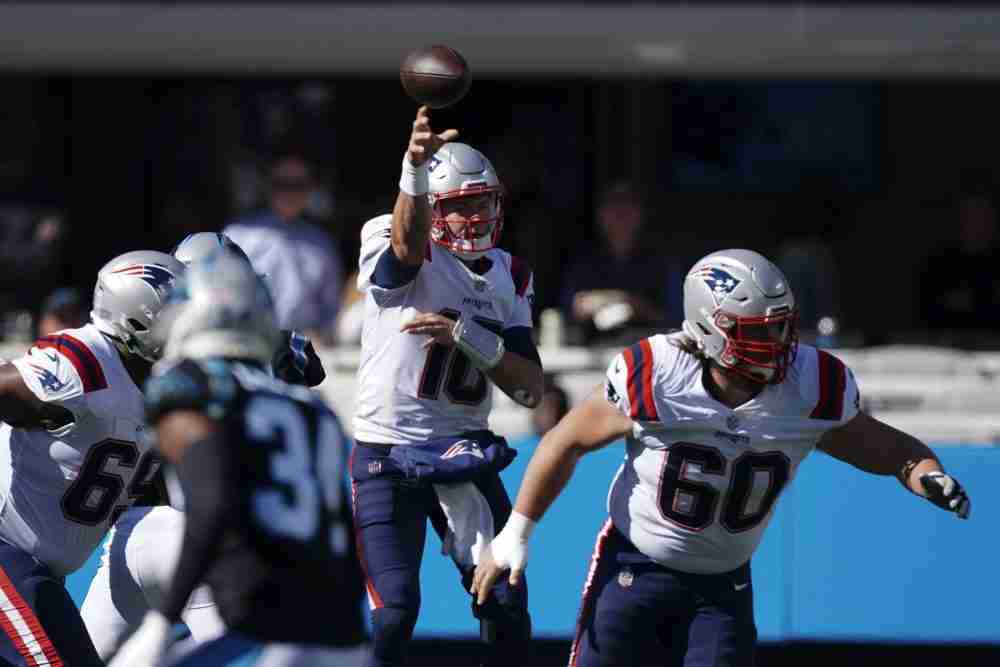 Bill Belichick entrusted his team to rookie quarterback Mac Jones and has been rewarded. The Patriots have won three straight to improve to 5-4, and Jones has been a steadying force. The No. 15 pick out of Alabama has completed 68 percent overall, including five games above 70 percent. He leads rookies with 204 completions and 2,135 yards and has thrown 10 touchdowns and seven interceptions for an 89.8 passer rating.

“He is not playing like a rookie at all,” Browns quarterback Baker Mayfield said. “He is truly going through his progressions and taking care of the ball. It is pretty rare to see for a guy of that age and that young in the offense to be able to harness all of that and deliver the ball to his teammates, so I am happy for him.”

The Patriots don’t have elite receivers but spent a lot of money on veteran tight ends Hunter Henry and Jonnu Smith. Jones will spread the ball to wideouts, tight ends and running backs.

“You can tell they put a lot on his plate as the quarterback in that offensive scheme, and he is handling it like a professional,” middle linebacker Anthony Walker Jr. said. “He is doing a great job of getting them in the right play and the right protection.”

Jones could have even more on his plate against the Browns with running back Damien Harris (concussion) ruled out and running back Rhamondre Stevenson (concussion) questionable after not practicing all week. Jones isn’t afraid to hang in the pocket looking for a throw, has been sacked 17 times and has four fumbles, losing two. So All-Pro defensive end Myles Garrett and Co. will try to pressure him into rookie mistakes. The Browns forced three turnovers last week against the Bengals and want to maintain the momentum. The Browns are tied for second in the NFL with 27 sacks, and Garrett leads the league with 12 and 23 quarterback hits.

Beware the man in the long red sleeves.

The bright wardrobe makes Patriots outside linebacker Matt Judon easy to identify, and the Browns can’t afford to lose sight of him or let him wreck the game. So they can’t leave replacement right tackle Blake Hance one-on-one too often with Judon in pass-rush situations.

Judon, who signed with the Patriots this season after five years and two Pro Bowls with the Ravens, has nine sacks and 16 quarterback hits. He’s set to obliterate his career high of 9.5 sacks in 2019.

“I have a lot of respect for their outside ’backers,” Browns offensive line coach Bill Callahan said. “Of course, Judon and obviously No. 53 (Kyle) Van Noy — he has been a good player for years.”

The Browns have allowed 25 sacks but need to avoid negative plays in a game expected to be a field-position battle. Hance has been forced into a starting role with All-Pro Jack Conklin (elbow) on injured reserve and has struggled in pass protection. Whether it’s a tight end or running back, the coaches should give Hance a hand when Judon is coming for Mayfield.

HERO FOR A DAY

The chance will be there for an unlikely star to emerge.

Running back Nick Chubb, arguably the team’s best offensive player, is on the COVID-19 list and unavailable. Belichick is famous for taking away the opponent’s top threat, so his focus will likely shift to receiver Jarvis Landry. That means the Browns offense will need someone to come out of the shadows and make a play or two to win the game. Johnson will get the most chances as the primary back and excelled in the role with 146 yards and a touchdown in the Oct. 21 win over the Broncos.

“I am just ready to go out there and just try to go 1-0 this week,” he said. “When I get the opportunity, just try to make the most of them.”

Nick Chubb ruled out for Sunday vs. Patriots, remains on COVID-19 list

The Browns rallied together to beat the Bengals after all the Odell Beckham Jr. drama. This week the challenge is playing without Chubb, receiver/running back Demetric Felton and running back John Kelly Jr.

“We have a resilient group,” Mayfield said. “I would say that everybody knows that they have an extremely important job here. Everybody has a role.”

Rushing yards per game for the Browns and their opponents.

This feels like a grind-it-out game in which both teams will pound the ball on the ground and points will be at a premium. The Browns are more talented, so if they take care of the ball, they’ll win. Browns 20, Patriots 17.

Cleveland sports has dealt with far worse than current health situation for Browns
Commentary: Could it be the Browns aren’t as good as we … and they … think they are?