Commentary: Could it be the Browns aren’t as good as we … and they … think they are? 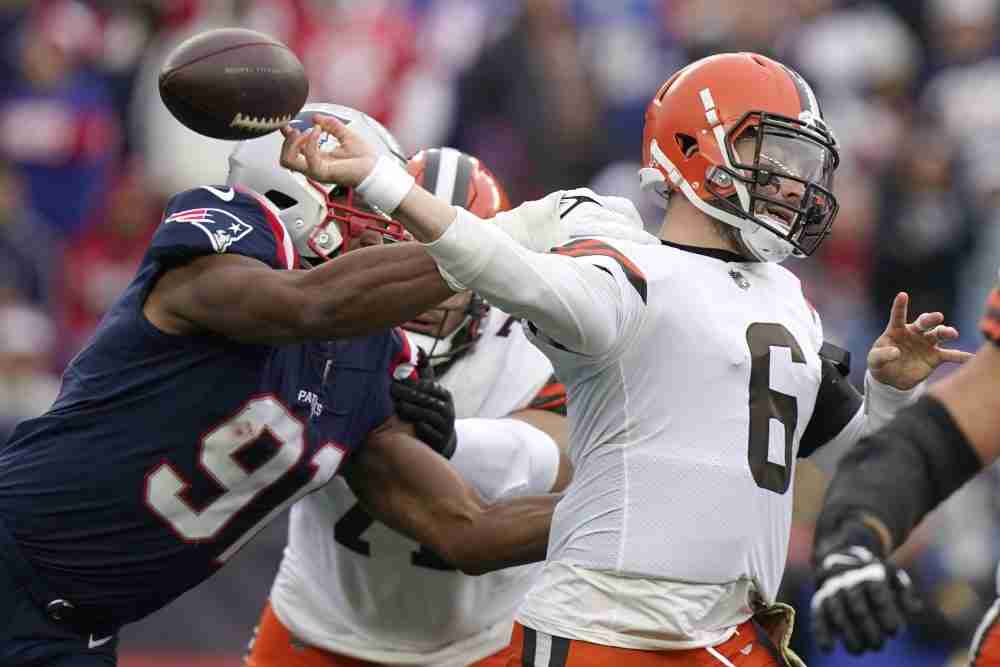 For a team that has gone nearly two months without winning consecutive games, it might be time for the last-place Browns to concede — or do something about changing — what has become glaringly obvious:

That they are not nearly as good as they think they are.

In their last five games they’ve been outscored 127-89.


Not to mention this: They are in last place.

At the start of the season, it seemed like it might take a 12-5 record to win the AFC North. The Browns better hope not, because they’ve already used up their five losses. They would have to go 7-0 the rest of the way to reach 12-5, and they’ve still got games left with the Raiders, Packers, Steelers, Bengals and two with the Ravens.

Fortunately for the Browns, none of those teams is coached by Bill Belichick, who took Browns coach Kevin Stefanski to the woodshed Sunday by turning one of the NFL’s most anticipated games of the day into an embarrassing blowout that resembled the varsity vs. the freshman team.

It was a mismatch that was so thorough Stefanski himself conceded as much, setting new unofficial postgame records for number of times uttering, “got outcoached.”

Stefanski’s team actually led 7-0, but then his and lieutenant Joe Woods’ defense, which many at the start of the year thought would be one of the great ones in the league, gave up 45 consecutive points. To a rookie quarterback. A good-looking one, but a rookie nonetheless.

Silly Patriots. They should have saved their bullets, because on this day eight points would have been enough to win. The Browns seemed caught off guard by the intensity, purposefulness and confidence with which the Patriots played.

Maybe the Browns — sounds crazy, but given this team’s erratic profile, everything’s on the table — got overconfident by their game-opening touchdown drive? How do you explain a 45-0 pasting administered after that, with very little resistance from the visiting team?

The deeper they get into the season the harder it is to figure out this team. Its record doesn’t equal the sum of its parts.

In its first possession of the game, Cleveland went 84 yards in 11 plays for its only touchdown. For the rest of the first half the Browns offense gained 7 yards. Total. Seven. For those scoring at home, that’s 21 feet.

“We didn’t make adjustments as in — they kept on scoring,” said Myles Garrett. “We weren’t countering that. We need to be better.”

A team this good — or at least presumed to be this good — doesn’t play this bad in a game this important. That can’t happen without a loss of credibility. The Browns are on the clock.

There needs to be some long, hard meetings in Berea this week. Because the status quo isn’t working. Whether it’s the players, the coaches, the strategy or the uniform combinations, everything needs to be on the table. The definition of a 5-5 team is that something’s broken.

Especially a 5-5 team with this many elite players. Maybe there’s too much back-patting going on. While the Browns have been handing out contract extensions to some of their key players this season, the season is slipping away.

The Browns are out of excuses. All their remaining games are must-win games for the NFL’s biggest underachievers, who halfway through the season have posed more questions than they’ve answered about how good they really are. They’ve painted themselves into this corner, now they have to play their way out of it.

With a wounded quarterback.

As exhilarating as the Odell-purging rout of the Bengals was a week ago, so too was the exasperating no-show against the Patriots. There’s something cockeyed about the Browns’ record with that roster.

It’s a coach’s nightmare: You never know what kind of performance you’re going to get from your team, week-to-week. A 41-16 win can turn into a 45-7 loss in the blink of a week.

Next on the schedule: the last-place Lions. They’ve tied or lost all the games they’ve played.

The last-place Browns have lost half the games they’ve played.

Should be a good ballgame.

Browns-Patriots Preview: 3 things to watch, 3 key numbers, the prediction
Analysis: Kevin Stefanski and Joe Woods have no answers for Bill Belichick and Josh McDaniels, especially on third down