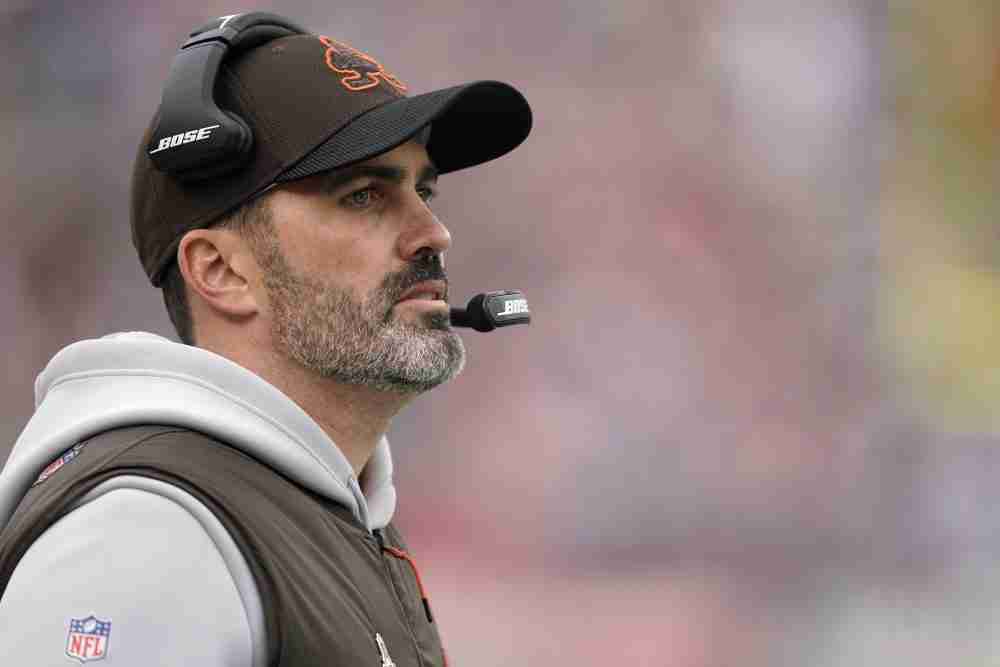 Middle linebacker Anthony Walker Jr. refuses to overreact to any loss. Even if it’s as ugly and lopsided as the 45-7 drubbing Sunday in New England.

But after watching the Browns rise and fall, and rise and fall again, through the first 10 games, Walker believes the season has reached the point of no return at 5-5 and 11th in the AFC playoff race. Seven teams qualify for the postseason.

“You want to be a playoff team? Your playoffs just started earlier,” he said Monday on Zoom. “You know, we started now. So we’re a playoff team right now and we’ve got to play every game like it’s a playoff game, take every day like we’re preparing for a playoff game and then we’ll see where the chips fall after that. But no more talking. Let’s go play ball.”


Coach Kevin Stefanski had a lot to sort through following the worst defeat in his two years. He was outschemed by Patriots coach Bill Belichick, can’t solve his team’s inconsistency and defensive leaders Myles Garrett and John Johnson III criticized the lack of adjustments in postgame interviews.

Garrett didn’t mention coordinator Joe Woods by name but seemed to refer to him when saying no adjustments were made on the sideline. He didn’t back off when asked a follow-up question.

“We didn’t make adjustments, as in they kept on scoring and we weren’t countering that,” Garrett said. “So, I mean, we need to be better.”

The Browns allowed six touchdowns, 30 first downs and 452 yards, including 184 rushing. The Browns entered as the No. 3 rushing defense at 84.8 a game.

“Any time you have a game like that, there is a lot of frustration,” Stefanski said. “I have spoken to Myles about that, and I will keep that conversation between Myles and myself.”

Johnson said the Patriots looked at where the defense was vulnerable in previous games and attacked the weak spots.

“When you struggle with a particular play, it keeps showing up until you stop it. That is the copycat part of this league,” Stefanski said. “There are things that we have to identify and fix for sure.”

Walker said “1,000 percent” the problems should’ve been identified and corrected well before the Patriots could expose them in Week 10. He didn’t think Garrett was attacking Woods.

“I think Myles is more so speaking as the whole team, we did not play well,” Walker said. “We did not play well enough as players. Obviously coaches are going to say they could have done some things differently.

“We lost the game. We have to flush it and move on. Myles is a leader. Everybody looks up to him. He owned it himself. We all own it. We all played a part in this loss and we have to fix it.” 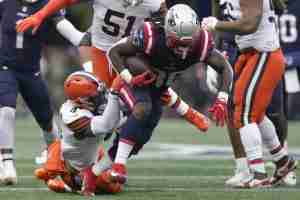 The Browns ended their 17-year playoff drought last season, and expectations were sky-high for 2021. They haven’t met them in large part because of the season-long inconsistency. They won three straight in Weeks 2-4 — their only winning streak — then lost three of four.

They believe they’re better than the 5-5 record but haven’t played like it nearly enough.

“That is the frustrating part because we are way, way too inconsistent as a team right now,” Stefanski said. “I have seen some good moments from our offense, from our defense and from special teams. We just have to put it all together, and that is what we are going to work hard this week to do.

“I do not think there is any magic wand when it comes to that. I think we just have to identify and then work at it so that we can play to our full potential.”

“When we do things right, we play pretty well. When we do things bad, we’re not good,” he said after the game. “Right now, we’ve had some games, last week especially, where we showed what we could potentially be.”

Beating the Bengals 41-16 and losing to the Patriots 45-7 the following week can shake even the strongest confidence.

“I hate losing. All losses hurt the same way. Whether we lose 3-2 or 100-0, whatever it is, it hurts,” Walker said. “We can’t ride the wave of emotion. We have to stay locked in on the process. Everything is still out in front of us — our division, the playoffs and everything like that — but we can’t focus on that right now. We have to focus on getting better, fundamentals, details, getting to the practice field on Wednesday and cleaning it up and then going 1-0 this week against the Detroit Lions.”

On defense, the tackling was dismal and the pass rush nowhere to be found, with one sack and two quarterback hits.

With only seven games left in the regular season, time is running out to fix everything.

“We’re a close group. Nobody’s pulling away or anything like that,” Walker said. “Everybody’s fine. We just gotta have Wednesday, Thursday, Friday, Saturday, Sunday all show up on Sunday when we’re on the field and go 1-0 each week. That’s it.”