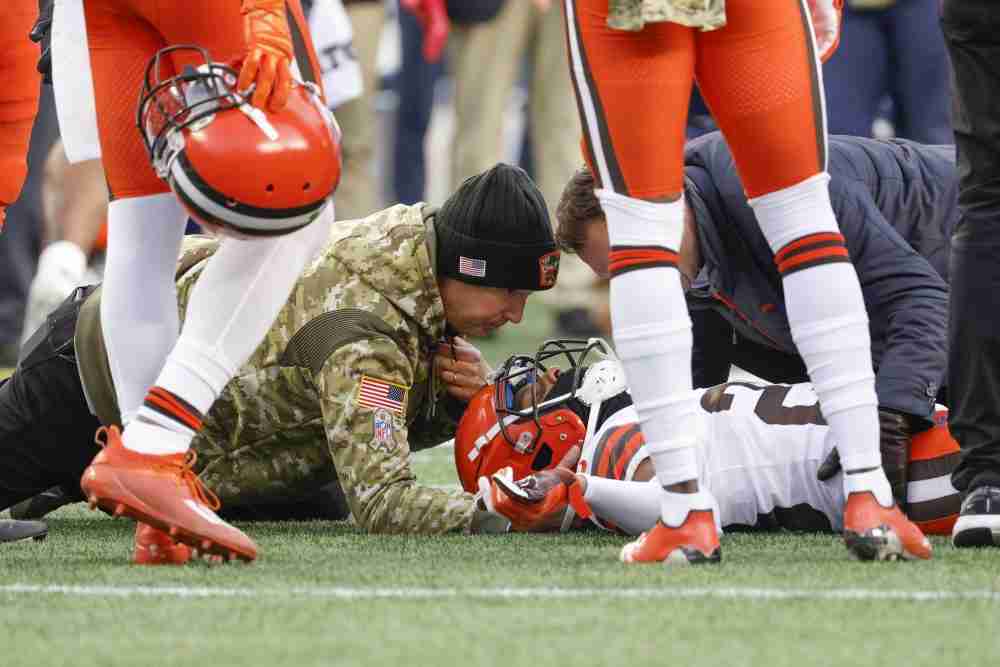 Nickelback Troy Hill was diagnosed with a neck sprain, released from a Boston-area hospital Sunday night and traveled back to Cleveland on Monday, the Browns announced.

“All in all, good news with him,” Stefanski said.

Hill was injured with about four minutes left in the fourth quarter. He tried to make a tackle on receiver Jakobi Meyers’ 11-yard catch-and-run touchdown from quarterback Brian Hoyer.

Hill appeared to hit his helmet on Meyers’ arm, his helmet banged off the turf as he fell and he reached for his head.


Hill was immobilized on a backboard and wheeled off the field on a stretcher. The team quickly announced he had movement in his extremities.

Hill, 30, has played all 10 games in his first year with the Browns after signing as a free agent from the Rams. He has 41 tackles, four for loss, two sacks and a pass defensed.

He’s only 5-foot-11, 183 pounds but has been praised by teammates for his toughness and willingness to make tackles in the run game.