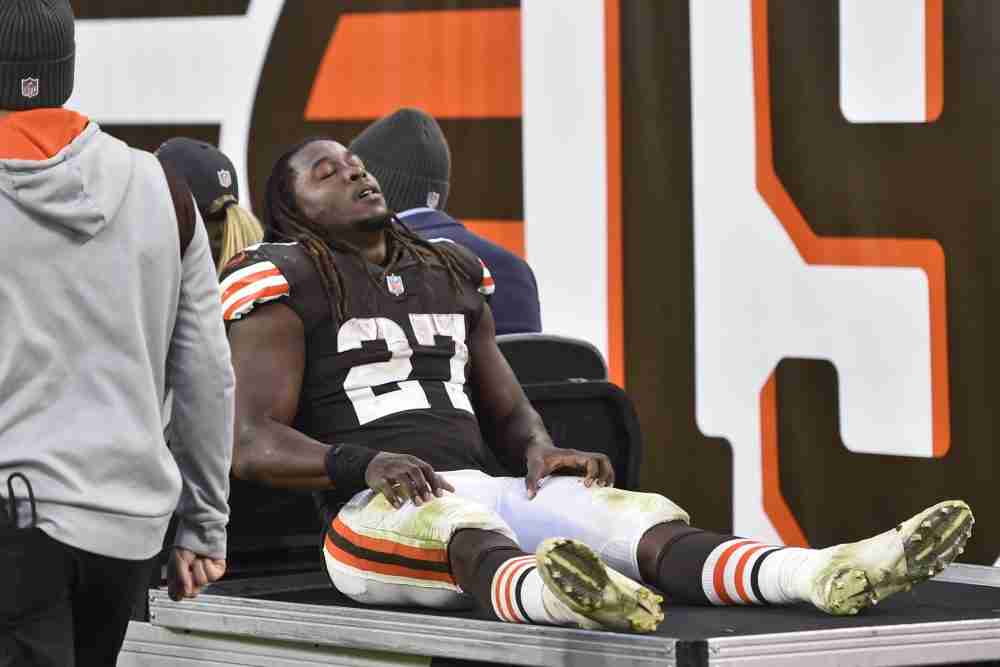 BEREA — The Browns may again be forced to rely on running back D’Ernest Johnson.

Nick Chubb remains on the COVID-19 list after testing positive Nov. 9. He’s eligible to return after 10 days as long as he’s asymptomatic, so that will be the key to him playing Sunday.

“Just day to day,” Stefanski said. “We will let the protocols play themselves out.”

Johnson made his second start Sunday in the 45-7 loss at New England, rushing for 99 yards and catching seven passes for 58 yards. He rushed for 146 yards and a touchdown in his first start Oct. 21 against the Broncos.

Mayfield watched, and Jackson worked on the side.

Stefanski said he expects Garrett to return to practice later in the week and play Sunday. He leads the NFL with 13 sacks.

Hill is doing well after being immobilized and wheeled off the field Sunday.

“All of the news continues to be good, which is obviously great,” Stefanski said. “We will just keep bringing him along.”

** Lions quarterback Jared Goff (oblique) didn’t practice and said he wasn’t sure if he’d be able to play Sunday. Tim Boyle got the first-team repetitions and would likely start if Goff can’t go.