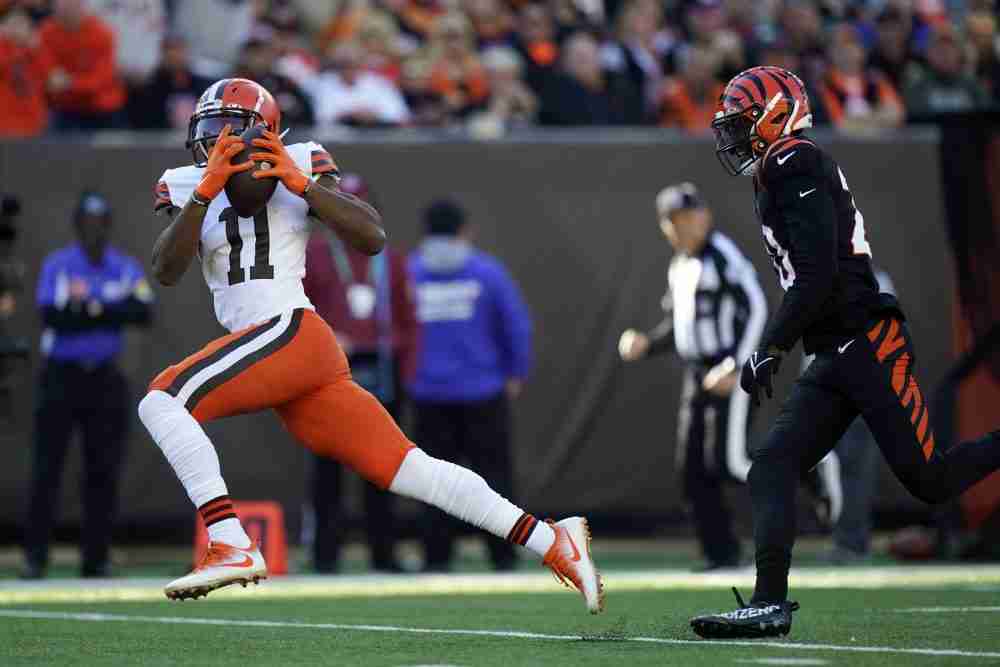 CLEVELAND — The Browns (5-5) will be without two of their top three wideouts today for the critical game against the Lions (0-8-1) at FirstEnergy Stadium, as Donovan Peoples-Jones (groin) and rookie speedster Anthony Schwartz (concussion) are inactive.

Jarvis Landry and Rashard Higgins are expected to get most of the playing time at receiver, followed by Ja’Marcus Bradley and Lawrence Cager, who was elevated from the practice squad Saturday.

No. 3 defensive end Takk McKinley (groin) is inactive for the second straight game and third in four weeks. He was limited all week in practice and listed as questionable.

Joe Jackson and Porter Gustin, who was elevated from the practice squad Saturday, will back up Myles Garrett and Jadeveon Clowney.

At a crossroads: How Browns wound up 5-5 and facing a must-win vs. Lions

Peoples-Jones had been listed as questionable. He pulled up running a route Wednesday and stopped practicing. He didn’t practice Thursday and was limited Friday. He missed two games last month with a groin injury.

Schwartz was ruled out Friday. He sustained a concussion returning a kickoff last Sunday in a 45-7 loss to the Patriots and remains in the concussion protocol.

The potential silver lining for the Browns is they don’t throw to their wideouts much and the forecast calls for rain throughout the game. That should put more focus on the run game, and running back Nick Chubb returned to practice Friday after spending 10 days on the COVID-19 list.

Chubb was picked as the game captain, will start and is expected to play a lot.

For the Lions, starting quarterback Jared Goff (oblique) was officially ruled out. Tim Boyle will make his first NFL start.