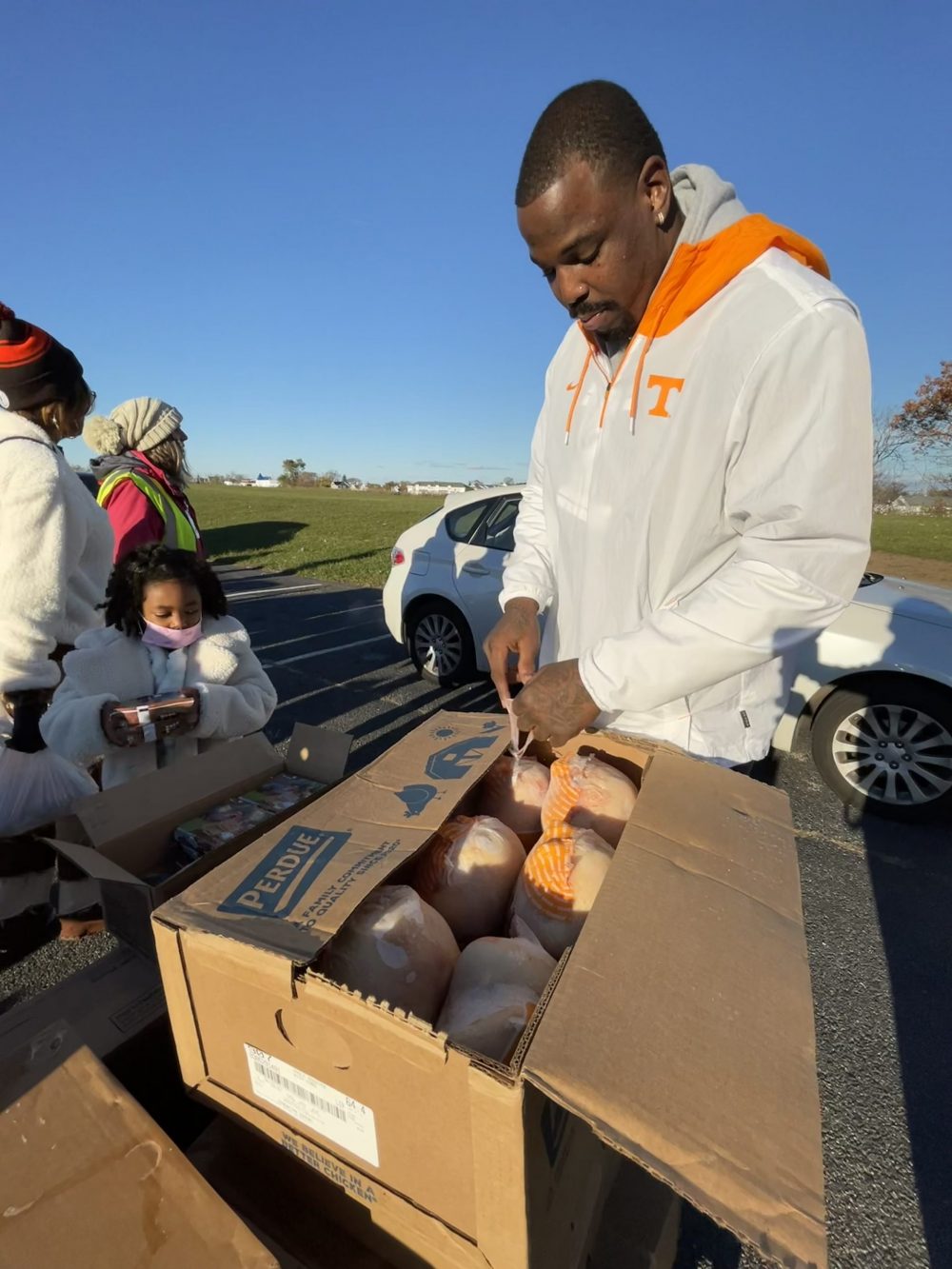 “I was excited just to come through and just do something,” Jackson said. “I think it’s important — these fans come to support us every Sunday and throughout the year so we have to be able to give back.”

Jackson was joined by his 5-year-old daughter, Nahla, and his mother, Robin Jackson.


Robin Jackson said it was nice to see her son out doing good in the community, rather than staying at home doing nothing.

Second Harvest Vice President of External Affairs Suzanne Bartosch said the Browns contacted the nonprofit about 10 days ago, with Jackson wanting to come out to volunteer after donating the frozen chickens.

“People are not here because they want to be,” she said. “It gives them a little bit of hope and we’re grateful for that. It’s really all part of the dignity of families and making people feel like it’ll all be OK.”

She estimated about 600 families would pass through the drive-thru pantry ahead of Thanksgiving. While the need is always high around the holidays, Bartosch said rising food prices could also be driving the number of families they’ve continued to serve this year.