Commentary: Browns GM Andrew Berry and his team have been underachievers 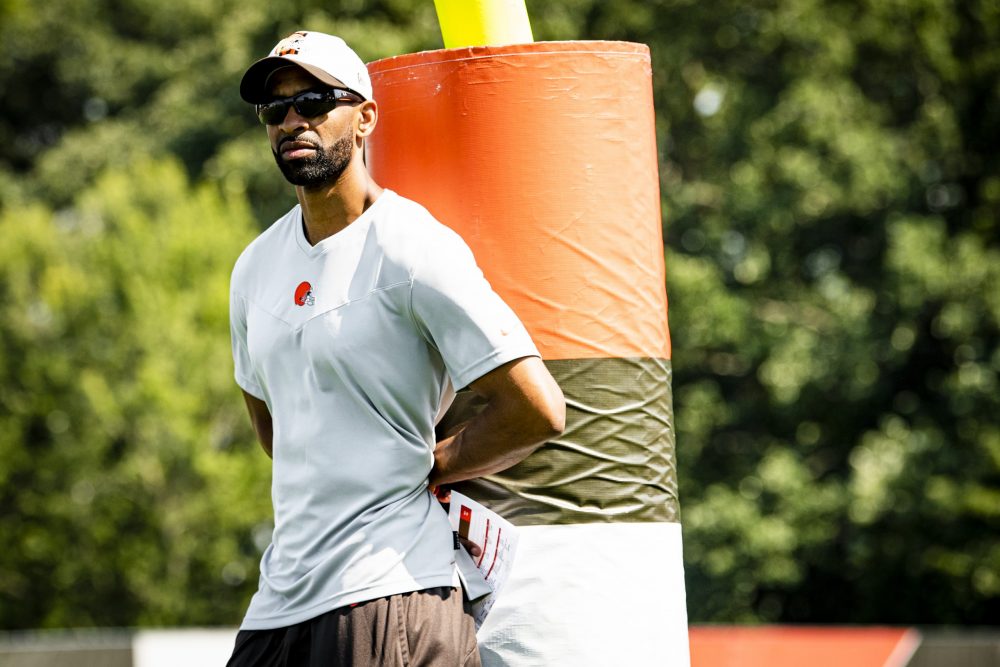 Andrew Berry, general manager of the most underachieving team in the NFL, made himself available to the media on Wednesday.

For about a half-hour, speaking in controlled, cordial tones, Berry respectfully fielded numerous questions about the performance of his football team.

Yes, there was a common theme to most of the questions, and it was this: “What in the actual heck is going on with your team?”

Four days ago in Baltimore, Berry’s team did the impossible. They intercepted four Lamar Jackson passes, but STILL lost.

At 6-6, and with five games left in the 2021 season — four of those against opponents that currently have better records than Berry’s team — Berry’s team has a legitimate chance of following an 11-win season with an 11-loss season.

Berry’s team, which many felt would be a bonafide Super Bowl contender, may instead end up with a top 10 pick in next year’s NFL Draft.

What in the actual heck?

All of a sudden, last year’s whiz kids, Berry and coach Kevin Stefanski, who made such beautiful music together as the team’s Lennon and McCartney, are taking turns trying to explain how and why the wheels came off this year.

It’s a thankless job, but a necessary one. For general managers, it comes with the turf, and the fat paycheck.

So Berry took his medicine Wednesday. When your team responds to skyrocketing expectations with an inglorious face plant, it’s always a good idea, in the name of leadership, professionalism, and accountability for the boss man to take the stage and say, “bring it on.”

Although Berry’s team has five more games to play, barring an almost unimaginable set of circumstances, this team is what it is: a .500 team that, for whatever reason, has, overall, never come close to playing up to the level of the names on its roster.

Berry himself concedes that.

“There’s not one reason,” he said, when asked to explain his team’s maddening inconsistency. “There’s no one size fits all answer.”

The general manager added even more talent to last year’s really good team, and this year’s team. . . got worse?

Waiter, may I see the chef?

No wonder Berry’s media session on Wednesday was heavy on “hem” with more than a dash of “haw.” How do you explain the inexplicable?

Team building can be a tricky business. Sometimes too many stars can spoil the soup. Too many agendas absolutely can.

An injured quarterback playing for his next contract by trying to prove he has the “It” factor, come sacks or high water, can complicate it further. Baker Mayfield either is or isn’t part of the Browns’ future.

If he’s not, it won’t be because he was denied ample playing time.

Berry, Stefanski, and Mayfield are all apparently in agreement that the quarterback is physically well enough to play now. Eventually, however, it will be Berry’s decision whether Mayfield has a future with the franchise, or, as former Indians general manager Hank Peters once said about catcher Andy Allanson, “his future is behind him.”

This Browns season was supposed to be a season for the ages. The roster said so. But their opponents said no. Meanwhile, the clock continues to tick on Mayfield’s future, and Berry’s interpretation of it.

Speaking Wednesday, the general manager didn’t want to get too deep into what will eventually become perhaps the most important decision he will make as the Browns’ chief football decision maker.

There are still five games remaining in the season, albeit one from which the life has been sucked by an underachieving roster.

Berry, understandably, isn’t ready yet to conduct a season autopsy.

But he’s probably in the market for a gurney.

Analysis: The rest of the season should belong to Baker Mayfield, who has plenty to prove
Browns at the bye: Five storylines so far