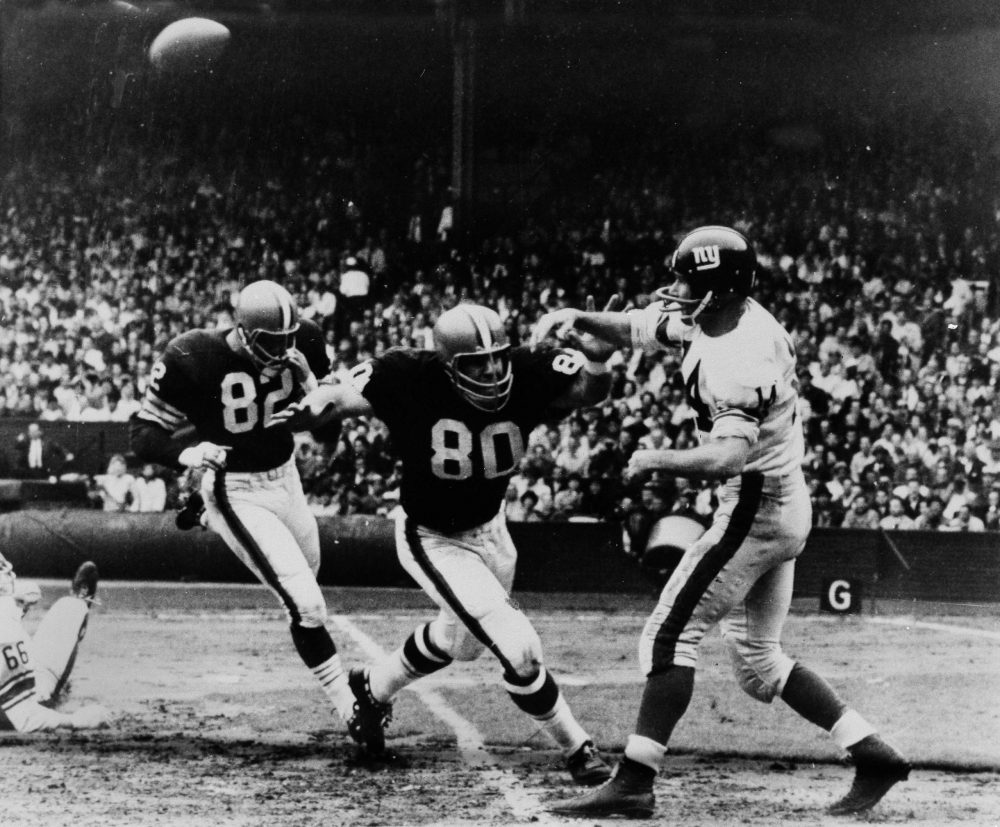 Glass was a four-time Pro Bowl defensive end in seven seasons with the Browns, 1962-68. He began his professional career in the Canadian Football League before spending four years with the Detroit Lions. He was traded to the Browns in a deal that sent quarterback Milt Plum and two others to Detroit.

Linebacker Jacob Phillips practices after being designated to return from IR

Glass is often overlooked when All-Pro defensive end Myles Garrett’s pursuit of franchise sack records is discussed. The sack didn’t become an official stat until 1982, but Glass was credited with 87 for his career, 77.5 with the Browns, according to Pro Football Reference.

Garrett tied Reggie Camp (1984) for the official franchise season record at 14 with a sack of Lamar Jackson on Nov. 28 in the 16-10 loss to the Ravens.

Glass was born in Texarkana, Texas, was an All-American offensive guard at Baylor and voted into the College Football Hall of Fame in 1985. He switched to defense when he signed with the Saskatchewan Roughriders of the CFL after the Lions drafted him 12th overall in 1957.

After his career, he founded a prison ministry and wrote books.