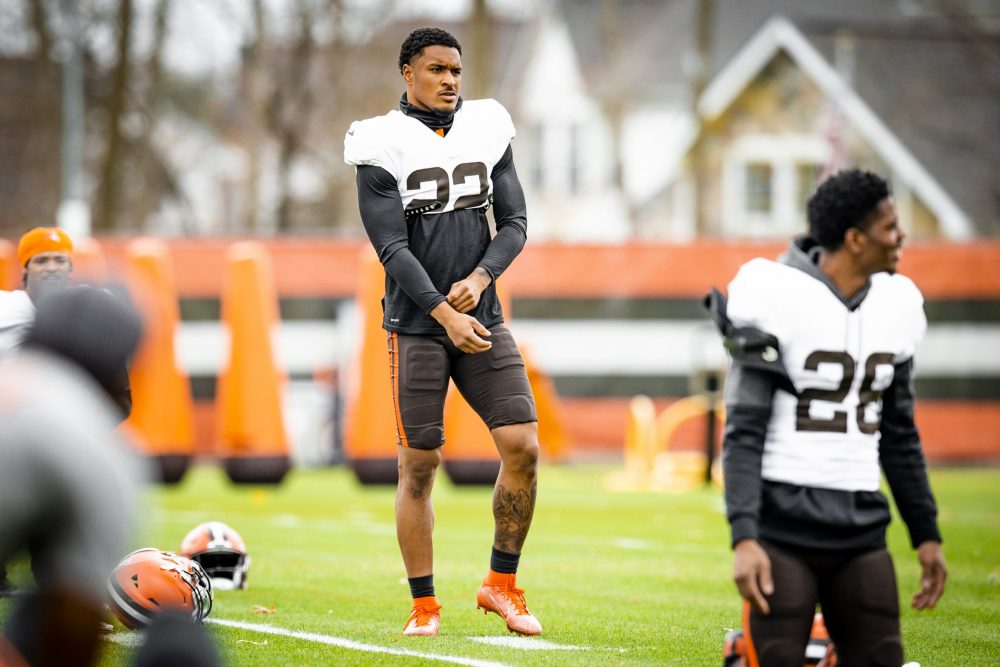 Safety Grant Delpit didn’t get to start his NFL career on time because of a torn Achilles tendon suffered during his rookie training camp last year.

After a long, grueling recovery, he returned to the field this season and has played 11 games.

The comeback earned him the Ed Block Courage Award, voted on by teammates. The award is given annually to a member of each NFL team who best exemplifies the qualities of Ed Block — the former head athletic trainer of the Baltimore Colts — based on courage, compassion, commitment and community.

“Thank you to the Cleveland Browns organization, my teammates and the Browns athletic training staff for this great opportunity and for believing in me to help fight through this Achilles tear from last year,” Delpit said in the news release. “It was definitely a difficult test for me and I battled a lot, but my support system held it down to ultimately help me capture my goals.

“I also want to thank everyone who I worked with this past offseason to get me back and ready for this season.”

Delpit was the No. 44 pick out of LSU in 2020. The Achilles tear delayed his debut until Week 2 this season.

He’s started three games, totaling 30 tackles, an interception, a sack, a forced fumble, three passes defensed and five special teams tackles. He had six tackles and a sack-fumble in his first game, a 31-21 win over the Texans.

He’s been active in the Northeast Ohio community in both years, including hosting a shopping event for youth football players. He also donated $10,000 to help refurbish a woman’s Houston home devastated by a winter storm.

Delpit will be recognized Tuesday night during the Providence House 26th Annual Deck the House Benefit Auction, which will be hosted virtually.