Mailbag: Why aren’t Nick Chubb and Kareem Hunt on field together? 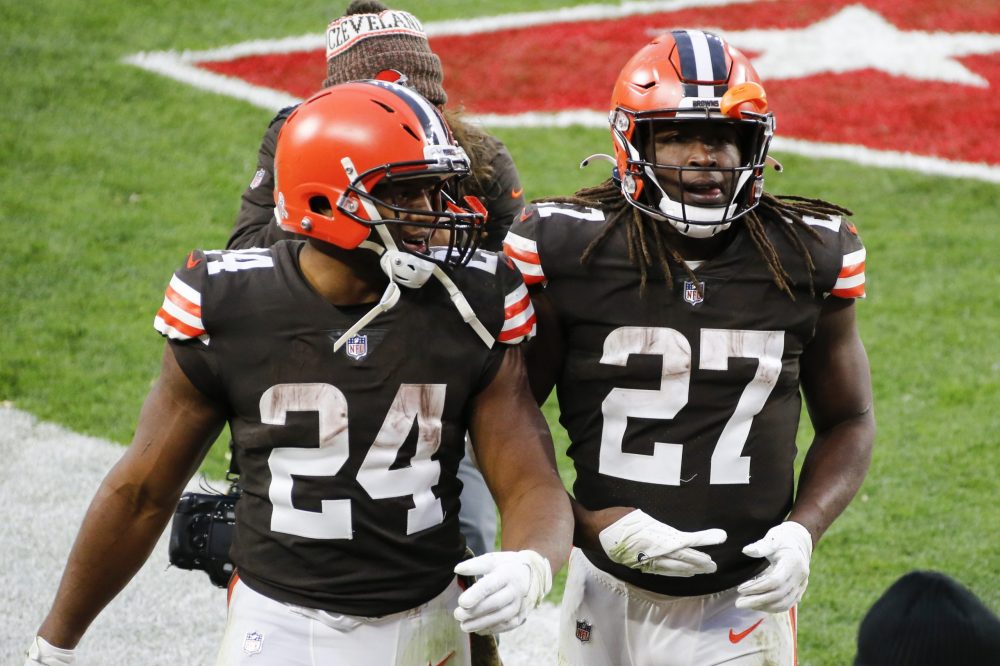 Q: Why aren’t there plays where Nick Chubb and Kareem Hunt are on the field at the same time?

A: That’s a question I was asking coming out of the bye week. It seems to me the easiest and best way to add life to a stagnant offense. Just put your two best playmakers on the field together.

I believe there’s a chance we could see more of the two-running back package today vs. the Ravens. Coach Kevin Stefanski seemed open to the idea, especially with tight ends David Njoku and Harrison Bryant out.

If we don’t see Chubb and Hunt together, it’s because the coaches believe the best strategy is alternating them and keeping both fresh. I don’t buy that for a must-win coming out of the bye, especially when Hunt and Chubb have missed time this year and should be good to go for the stretch run.

Q: A nightmare scenario: Our Browns decide that Baker Mayfield cannot win a Super Bowl and abandon a good quarterback to re-enter another 20-year development cycle where the pinnacle of achievement is 5-11. If you are your record, Baker is 28-28 and like many Browns fans I think he deserves a mulligan for the Freddie Kitchens season.

My questions are: Shouldn’t the Browns front office focus first on establishing a long-term foundation of a team that has a 50 percent chance of winning every week before they trash four years of progress in exchange for 20 more years of taking half-court shots at finding another QB? Shouldn’t the grit Baker has shown be sufficient to prove this young man will fight to the last drop to find a way to get better?

A: I’m sure I’ll revisit this issue in stories and analysis over the coming weeks and months, but here’s a quick reply.

Even if the Browns move on from Mayfield, whether before 2022 or after 2022, that doesn’t mean they will be starting over. I would see the Browns seeking an immediate upgrade rather than going with a rookie quarterback.

I do believe there’s something to be said for having a quarterback the organization knows gives it a chance. The question for the Browns is when is the right time to seek an upgrade to a championship-caliber quarterback if they decided Mayfield isn’t that guy. If Mayfield’s ceiling isn’t high enough, I wouldn’t blame them for looking to improve.

Q: Last year, maybe two years ago, it was said Baker Mayfield performs better in the 13 formation (1 RB, 3 TEs). Now it’s said we run that formation too much. It was said that Baker hasn’t had the same offensive coordinator in back-to-back years. Now that he’s been with the same OC, it is said the play calling is bad. It was said that Odell Beckham Jr. was the problem with the offense. The Browns got rid of Beckham and now it is said that the WR group is bad. There is always an excuse for Baker Mayfield. When are we going to realize that Baker is not that good of a QB?

A: The differing opinions of you and John illustrate the divide within the fan base.

I’m not ready to write off Mayfield, but I’ve stopped believing the Browns should pay him big money in an extension, at least until he shows more. And at some point Mayfield must overcome all the obstacles and lead the team to victories, including in the fourth quarter.

Q:
What procedures were put into place to ensure the 12-men-on-the-field snafu does not occur again? Absolutely embarrassing.

A: Defensive coordinator Joe Woods and special teams coordinator Mike Priefer fell on the sword for the substitution issues Nov. 28 in Baltimore. I have no doubt they stressed situational awareness with the players this week and added checks and balances on the sideline.

While coaches are ultimately responsible for everything, the players shouldn’t be absolved. Priefer wouldn’t name the player but said one just forgot to take the field for a kickoff return. And when Woods signaled a personnel package, one of his defenders stayed on the sideline, forcing Stefanski to use a timeout.

Q: What is the status of OT Chris Hubbard? I am aware he went on IR after the opener, meaning he’s eligible for return.

A: He is eligible but he’s not healthy. He had surgery to repair the torn triceps suffered in the opener and won’t be ready to return this season.

Mailbag: What’s the Browns’ financial commitment to Baker Mayfield beyond this season?
Mailbag: Why didn’t Browns wait until 2 p.m. deadline to announce roster?