Commentary: Browns turned season of hope into season of despair 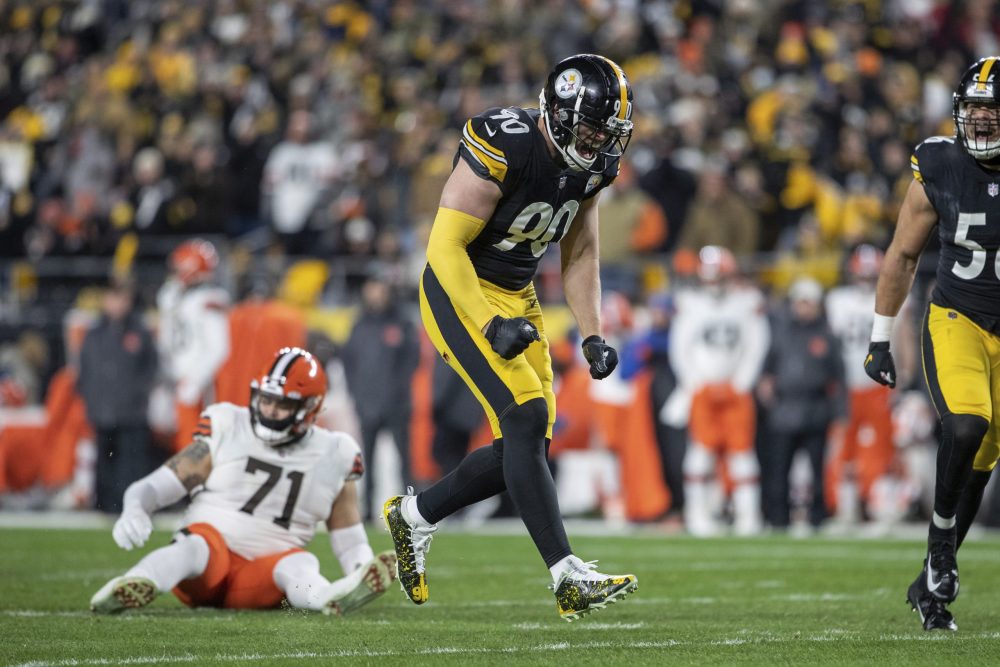 Let’s just go ahead and call it what it is: the most colossally deflating season in Browns history.

Then name another season in which more was expected and less delivered than this one.

The final indignity was the most cruelly ironic one.

The playoffs-sniffing Browns on Sunday had to hope that certain other teams won their games — because the Browns were incapable of winning enough of their own.

They couldn’t earn their way into the playoffs, so they had to hope that the backdoor football gods would simply place them there, through favorable outcomes of other games.

You’ve heard the old saying, “It’s better to be lucky than good”?

Baker Mayfield will have left shoulder surgery, hasn’t decided if he’ll sit out finale vs. Bengals

To the contrary, they were the worst of both: unlucky and mediocre.

While the Bengals were crowning themselves division champions, the Browns were traveling to Pittsburgh for what they hoped would be a hugely important Monday night matchup with the Steelers. But Bengals 34, Chiefs 31 meant that the best the Browns could hope for Monday night was not to be the punch bowl at Ben Roethlisberger Appreciation Night at Heinz Field.

For the Browns, a season that started with visions of a Super Bowl trophy ended instead with them being party favors at Big Ben’s Going Away Gala.

The Browns showed up for the festivities with a record that is the very definition of mediocre: 7-8. Not great. Not horrible. Not what anyone expected. Let’s face it, 7-8 isn’t that far from 7-10.

When the season began it was a foregone conclusion that the Browns would be in the playoffs. It was just a matter of how far they would go once there.

Instead, they were eliminated from the playoffs with TWO games still left on their schedule. So you can’t even call it a near miss. This was a total whiff. The final indignity in a season of infamy.

That reigning NFL Coach of the Year Kevin Stefanski’s Browns would enter the season with what appeared to be one of the strongest rosters in franchise history, but may finish it with results that resemble those of Mike Pettine’s tattered ragamuffins does not compute.

Yet, here we are: aghast.

OK, granted, they had lots of injuries. But so did a lot of teams. The Browns also have lots of talent. Not a lot of teams can say that. Normally the teams with the most talent do the most winning, but these Browns blew that axiom sky high.

So what happened? Good luck with that one. Tramps like us have no way of knowing for sure, but it seems likely that something was amiss with the chemistry of the NFL’s most puzzling team. Certainly, the midseason Baker Mayfield/Odell Beckham Jr. imbroglio probably didn’t foster as many sleepovers or company picnics as there would be in a normal season.

Stefanski’s play calling, so creative and spot-on last year, seemed more unfocused and overcooked this year. Did they have too many stars? Too many egos? Too many players thinking too much about their next contracts? Too much analytics? Not enough?

Team chemistry can be a tricky subject. So can trying to diagnose why a team that last year looked so explosive has all but imploded this year.

Did the team fall in love with all the plaudits, praise, and posies tossed its way by the love-struck national media, dreamy-eyed over the possibility of covering the culmination of the long-awaited Browns rags-to-riches story get in the way? Did the team fall too much in love with itself and expect opposing teams to roll over on command?

Or did the Browns just have a bad year and we should let it go at that, because any team can have a bad century.

Whatever it was, whatever it is, Andrew Berry and his football archeologists have their work cut out for them in trying to figure out why, in a season when prime rib was ordered, Spam sandwiches were served.

Who knows? Maybe there’s nothing wrong with the Browns that a new year won’t cure.