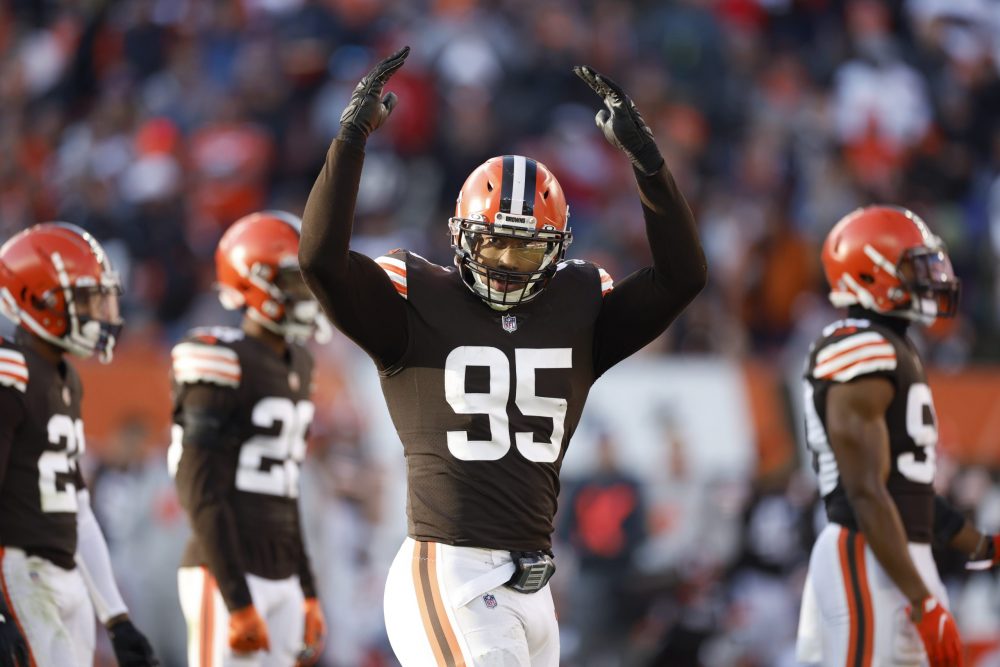 Garrett, the All-Pro and Pro Bowl defensive end, became the first Browns player to win the Joe Thomas Award in consecutive seasons. It’s given to the team’s player of the year, as voted by the local chapter of the Pro Football Writers of America.

The awards were announced Wednesday.

Garrett is tied for third in the NFL with 15 sacks and has 31 quarterback hits, 50 tackles, three passes defensed, a forced fumble, a fumble recovery and a touchdown. He was an All-Pro last season and was voted to his third Pro Bowl this season, the second straight as a starter.

He’s the Good Guy for the first time in his five seasons.

“It is easy to talk about Myles,” Stefanski said. “Obviously the on-the-field stuff what everyone sees is so impressive. Incredible talent. Special, rare talent. He has come up big for us in big moments.

“Then off of the field, getting to know Myles just the last couple years is just a tremendous person. He is very inquisitive, very smart. To see the type of person he is becoming and continues to grow, like all of us, I think it is an impressive sight to see.”

The Good Guy is given to a player for his cooperation with the media and the way he conducts himself in the community and with his teammates.

Bitonio, who was voted to his fourth straight Pro Bowl this season, also won the award in 2017 and ’18.