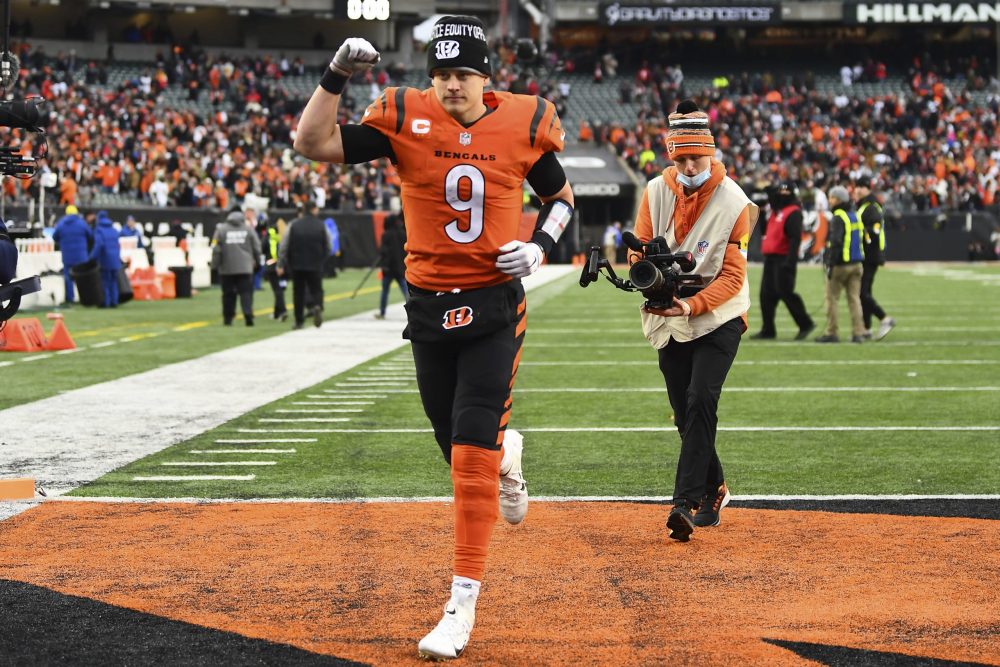 The Battle of Ohio has turned into the battle of the backups.

The Cleveland Browns had already shut down quarterback Baker Mayfield for the finale Sunday at FirstEnergy Stadium and he’s scheduled to have surgery Jan. 19 to repair the torn labrum in his left, non-throwing shoulder. Cincinnati Bengals quarterback Joe Burrow announced Wednesday he will sit out so he can rest for the playoffs.

The Bengals (10-6) clinched the AFC North title Sunday with a win over the Chiefs, and Burrow suffered a knee injury late. He told reporters Wednesday the knee is sore but he could play if needed.

“I had a feeling he was not going to play, just with the position of that team,” Browns safety Grant Delpit said. “Whoever is out there, we have to deal with.”

The Browns (7-9) were eliminated from the playoff chase Sunday.

The quarterbacks, both No. 1 overall picks, won’t be the only big-name players absent.

Bengals running back Joe Mixon tested positive for COVID-19 and won’t play. He’s second in the NFL with 1,205 rushing yards, 4 ahead of Cleveland’s Nick Chubb.

Browns coach Kevin Stefanski said Chubb suffered a rib injury early Monday night in the 26-14 loss to the Steelers, but he finished the game. Chubb has the chance to finish second in the league in rushing for the second time. He was passed by Tennessee’s Derrick Henry during the finale in 2019.

Indianapolis’ Jonathan Taylor has secured the title this year with 1,734 yards. Pittsburgh rookie Najee Harris is fourth behind Chubb with 1,172.

The Bengals and Browns could sit multiple other players depending on their heath and importance. Stefanski said decisions hadn’t been made on many guys dealing with injuries but if they were available to play, they’d play.

“We expect to win,” he said. “They are keeping score. We are in front of our home fans. We want to go out there and win.”

Delpit hasn’t missed any time due to injury this year after being sidelined for his entire rookie season with a torn Achilles tendon.

“I feel as healthy as I can be,” he said. “Getting this year under my belt was good for me. The game is slowing down a little bit, so it is going to be a good steppingstone for next year.”

Delpit was held out of the opener after missing time in training camp and missed the Raiders game on the COVID-19 list. He’s played 14 games with six starts, an interception, a forced fumble, a sack, three passes defensed, 63 tackles and three tackles for loss.

“I am just blessed to be here,” he said. “Last year was a crazy year for me. I did a lot of rehab and lot of work in order to come back. To reach the end of the season healthy is great.

“I had a little scare last game, but thankfully it is nothing serious — just a little bruise. It means a lot to make it through and finish the season off right.”

Delpit grabbed his right knee after a collision Monday against the Steelers but returned.

Linebacker Sione Takitaki (shoulder) was placed on injured reserve after getting hurt Monday.

He started eight of 15 games, totaling 44 tackles, five for loss, two quarterback hits, a forced fumble and a fumble recovery.

** The Browns had an afternoon walkthrough and estimated the injury report.

“Absolutely incredible career for the years he spent with this organization,” Stefanski said. “Job well done. A good, good man.”

“He does not have a morale problem,” Stefanski said. “He has been great.”

** Running back Dexter Williams was signed to the active roster off Miami’s practice squad then placed on the COVID-19 reserve list.

** Running back Artavis Pierece was signed to the practice squad.