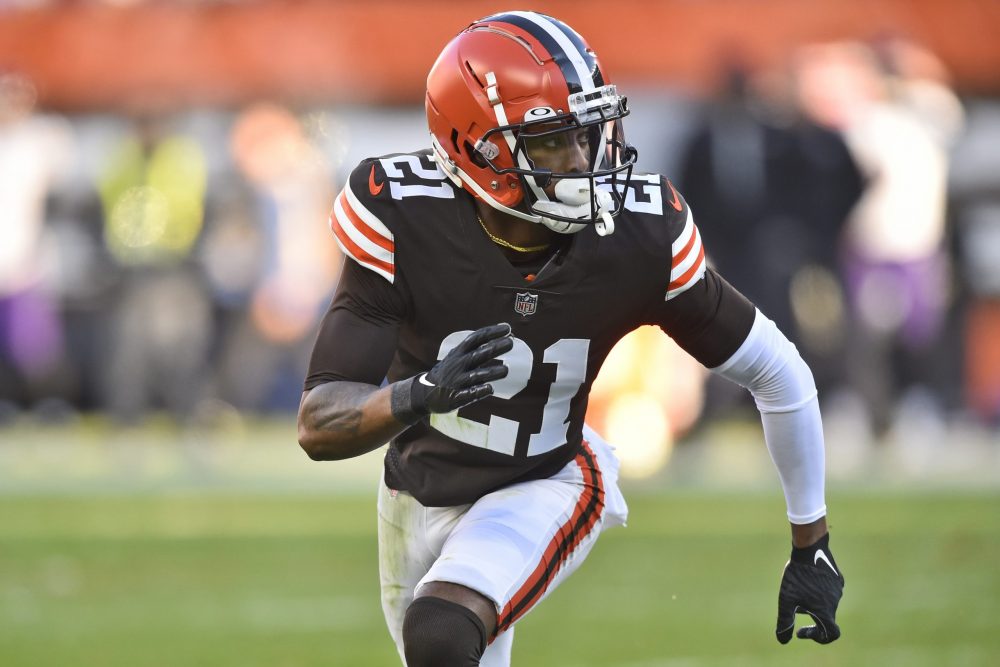 Pro Bowl cornerback Denzel Ward and linebacker Malcolm Smith won’t play Sunday in the finale vs. the Bengals after being placed on the COVID-19 reserve list Saturday.

Ward had already been unlikely to play after sustaining a groin injury Monday night in the 26-14 loss to the Steelers. He didn’t practice Thursday, was limited Friday and listed as questionable on the injury report.

Ward played 15 games with three interceptions, a 99-yard return for a touchdown vs. the Bengals, 10 passes defensed, 43 tackles and a half-sack.

Greedy Williams (shoulder) would be first in line to replace Ward but was listed as questionable. A.J. Green is the next option.

Smith, 32, was a valuable veteran off the bench in his second year with the Browns. He started six of 15 games, totaling 51 tackles, three tackles for loss, two interceptions and five passes defensed. He’s set to become a free agent in March.

The Browns (7-9) made a series of other roster moves.

Running back D’Ernest Johnson was activated from the COVID list. He was added to the injury report as questionable with an illness but could be the workhorse if Nick Chubb (chest/ribs) and Kareem Hunt (ankle) have reduced roles.

Cornerbacks Brian Allen and Herb Miller, safety Adrian Colbert, guard Hjalte Froholdt and defensive end Curtis Weaver were elevated from the practice squad for the matchup vs. the Bengals (10-6) at FirstEnergy Stadium.

Defensive tackle Malik Jackson was fined $10,353 for unsportsmanlike conduct after a scuffle following a kick.