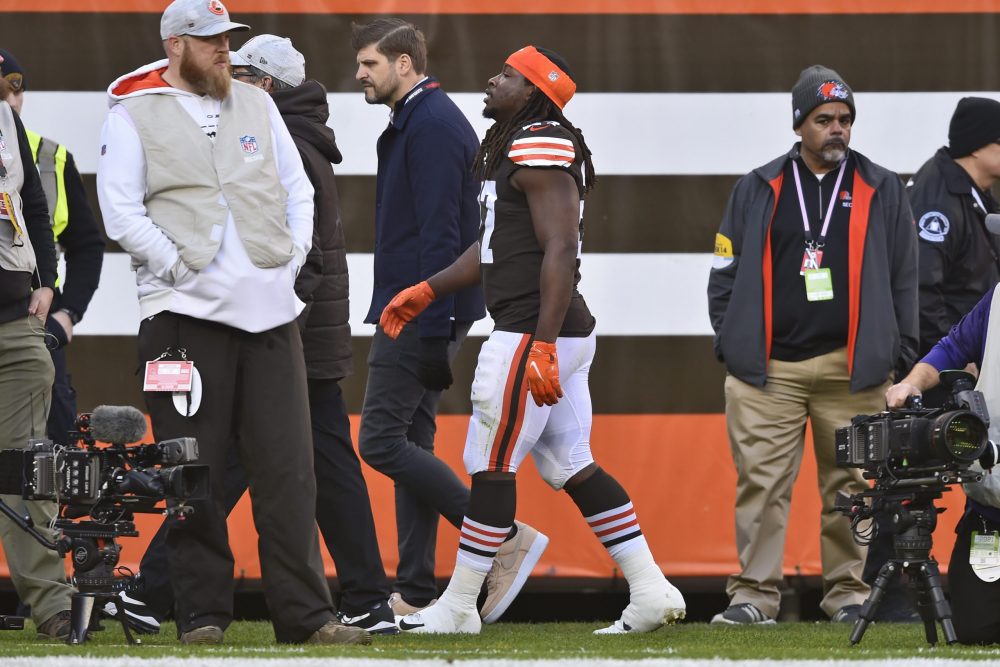 The dynamic running back is inactive today for the season finale vs. the Bengals.

Kickoff is set for 1 p.m. at FirstEnergy Stadium.

It will be interesting to see how much other key guys play in a game with no playoff implications. The Browns (7-9) were eliminated last week, and the Bengals (10-6) clinched the AFC North title.

Hunt will miss his fourth straight game with an ankle injury. He missed five earlier in the season with a calf injury — the first time in his five-year career he was sidelined by injury.

Hill will miss his fourth straight game. The nickelback missed one earlier in the year with a neck sprain.

He started four of 12 games with 49 tackles, seven for loss, two sacks and a pass defensed. He signed a two-year, $9 million contract as a free agent in the offseason.

Harrison is set to become a free agent in March. He’ll miss his fifth straight game.