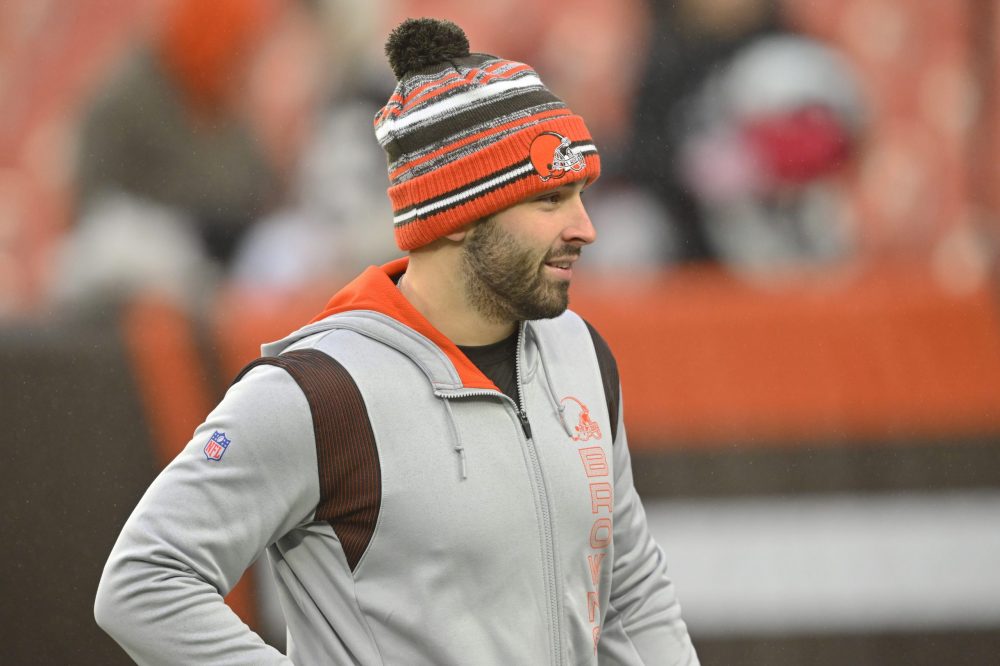 A: I believe last year was more of the reality. Despite the unmet expectations this season, I feel the Browns have a playoff-quality roster. I also think the coaching staff and front office are highly capable, while acknowledging the stumbles of this season.

The quarterback play was subpar this year, and the offensive system and play calling not as effective as a year ago. To me, that’s the clear difference from making the playoffs and not. I’m confident Stefanski will make the necessary adjustments, so the key question for me is whether Mayfield will return to his form from the second half of 2020.

Q:
Many fans have grown weary of the drama surrounding Baker Mayfield versus the local and national media. How do you think the coaches and front office feel about the ongoing controversy?

A: They don’t like it, and that was one of the messages when the new leadership team arrived in 2020. But to be clear, it’s not a deal-breaker. The organization knows Mayfield isn’t a “cookie-cutter” quarterback and has accepted that while trying to get him to stop some of the public confrontations.

Q: I want Malik Willis, the QB out of Liberty, in the draft. Let Mitchell Trubisky start and the kid sit and learn. Both dual threats. Send Baker Mayfield on his way. Your views?

A: Mayfield undoubtedly has to play better than he did this year. But I think it’s a lot easier to say the team will find an upgrade in the offseason than actually acquiring one. So Mayfield returning in 2022 to play out the guaranteed $18.86 million fifth-year option on his rookie contract is the most likely scenario. He and coach Kevin Stefanski met Friday for his exit interview, and I was told it was a good meeting and they plan to work out the issues that came up during a difficult, frustrating season for both.

That doesn’t mean general manager Andrew Berry won’t and shouldn’t look to improve the most important position. If Aaron Rodgers or Russell Wilson were somehow available for the Browns, Berry must pursue. And if a second-level alternative is clearly better, that would be worth chasing, as well.

I haven’t watched any of Willis, or scouted the college quarterbacks. If the Browns draft a quarterback, I think it would be in the ballpark of the third round, similar to the Eagles drafting Jalen Hurts when they had Carson Wentz.

Q: Since the Browns were eliminated from the playoffs, what was the purpose of playing Baker Mayfield? I think it would’ve made more sense to shut him down, play the backup QB and evaluate the ones and twos. It’s obvious that Mayfield is struggling with injuries. His accuracy and turnovers are off the wrong end of the charts. Yet Kevin Stefanski lets Mayfield struggle while the rest of the team watches him play volleyball with their D-line.

Just imagine the mood in Berea/Northeast Ohio if Case Keenum had started or came in the second half and the Browns had beat the Steelers on “Monday Night Football” to knock them out of the playoffs. That was the only thing left at the end of this disappointment of a season for the team?

A: Yours is a popular opinion, but I disagree.

Mayfield had declared himself as healthy as he’d been since Week 2 and he prepared all week as the starter with the hopes the Browns were still alive in the playoff chase when they played the Steelers. Playing vs. the Steelers didn’t delay surgery to repair the torn labrum in his left shoulder. He was shut down this week for the finale and will have surgery Jan. 19 in Los Angeles. Yes, it looked bad when he was sacked nine times, but he gave the team the best chance to win and had said all season he wanted to keep playing.

The coaches never felt a healthy Keenum was better than a banged up Mayfield, and that opinion wouldn’t have changed last week. If you’re starting quarterback, who was the No. 1 pick in the draft, is able to play, he plays. I think a lot of people lost sight of this fact throughout the season.

Q: In my opinion to right the ship & maintain the organization’s alignment, it’ll be critical that accountability for the offense’s failure in 2022 gets fairly distributed to all who had a hand in it. I realize it’s premature to start figuring that all out, my question at this point is simply do you think the Browns leadership is still sufficiently aligned to navigate through this crisis and land on a fair assessment of what went wrong this season?

A: I do. I know the season didn’t end like anyone wanted and a measure of drama has returned, but I think the organization remains stable and free of much of the dysfunction that was a staple for so long.

I believe chief strategy officer Paul DePodesta, Berry and Stefanski remain on the same page. If that stays the case, they should be able to rebound from this season and resume the upward trajectory that began in 2020.

Mailbag: Do Browns believe Baker Mayfield’s down year is due to injuries? Which unrestricted free agents are worth re-signing?
Mailbag: When was the last time the Browns drafted a really good receiver?