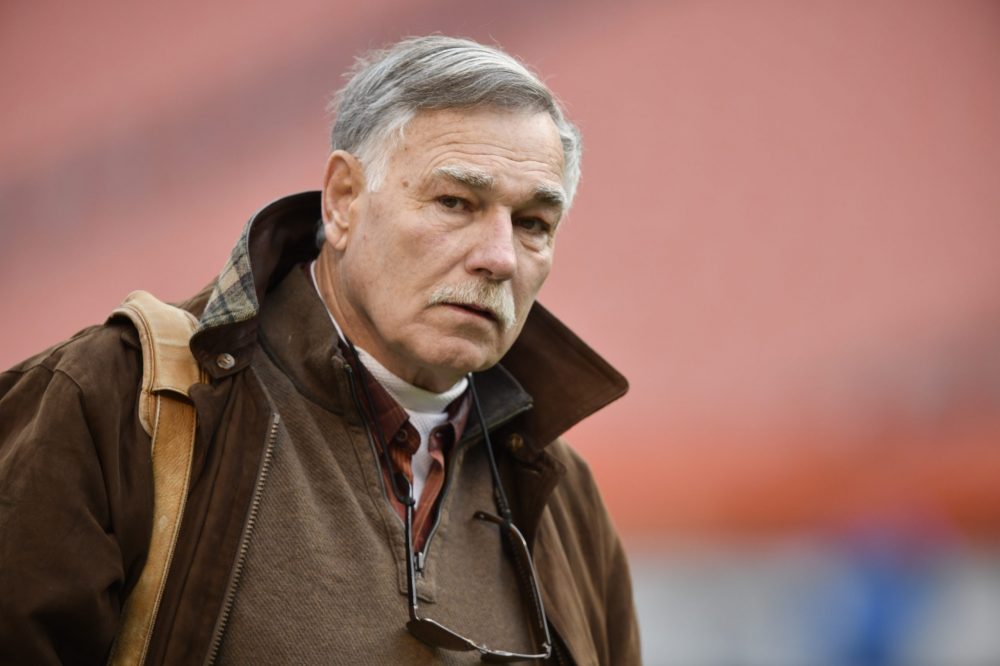 CLEVELAND — Doug Dieken has called his final game as the Browns’ radio analyst, but his presence will remain forever after the organization announced it renamed the home radio broadcast booth, a place Dieken called home for more than 30 years, the “Doug Dieken Radio Booth.”

During Sunday’s season finale against the Bengals, the Browns held an in-game tribute to Dieken, who’s been a treasured member of the organization for 51 years as a player and broadcaster. He announced his retirement during the week.

Broadcast partner Jim Donovan made the announcement about the radio booth while an emotional Dieken took in a standing ovation from the fans gathered at FirstEnergy Stadium.

He thanked his family, teammates, broadcast partners past and present and gave a special thank you to all the Browns fans who have listened during his 34 years behind the microphone.

“As many trips as I made to the bathroom, I thought they were gonna name the bathroom after me,” Dieken joked during the radio broadcast.

Dieken, 72, spent 14 seasons with the Browns as an offensive lineman from 1971-1984 before immediately transitioning to broadcaster in 1985. He began his radio career calling games with Nev Chandler and Jim Mueller, was partnered with Casey Coleman in the franchise’s final two seasons before moving to Baltimore and has been the analyst alongside Donovan since the team’s return in 1999.

“It’s been a great ride,” Dieken said earlier in the week. “I want to thank the Browns fans for accepting me first as a player and then as a broadcaster. I’ve had the most fantastic teammates on the field, in the radio booth and in the community to make the last 50 years fun. We didn’t get the wins we all hoped for, but I feel like I’m leaving a winner because of my association with the organization and the great fans who listen to our broadcasts.”

In a final sign-off after 23 years as broadcast partners, Donovan joked that Dieken would likely only want to focus on discussing the game but he couldn’t send him home without a proper goodbye.