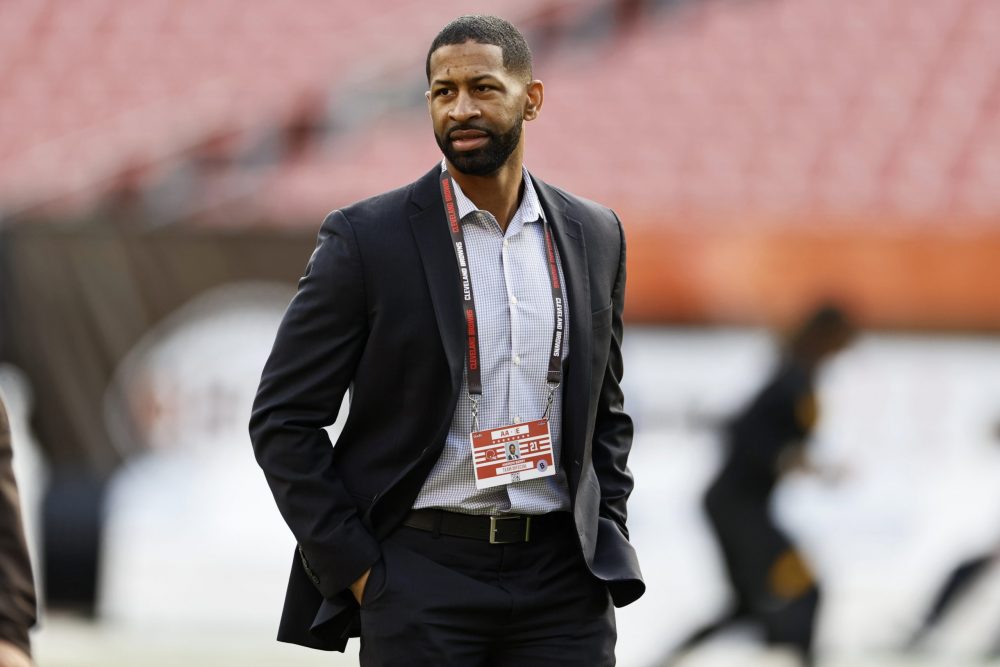 “We really do have to go through everything because we didn’t meet our level of expectations this year,” Berry said Tuesday on a Zoom call. “That all being said, feel good about Kevin as a play caller. I feel like that is one of his strengths.

“There are a lot of things that we’ll need to improve over the next several months and it really all has to work together. I don’t think it’s any one thing or any silver bullet. That’s why we’re going to tear it apart and plot the best path to go, whether it’s personnel-wise, schematically-wise or operationally with an eye towards improvement in 2022.”

Coordinator Alex Van Pelt called plays in the two games Stefanski missed with COVID-19 over the last two years and impressed quarterback Baker Mayfield with his performance during the 48-37 wild card win in Pittsburgh a year ago. But Stefanski has resisted giving up the responsibility and likes to talk about the collaborative process in creating the game plan and calling the plays.

He was asked again Monday about giving up the play calling to focus on the overall game management.

The struggles of Mayfield hurt the effectiveness of the pass game, but Stefanski’s scheme and creativity were also called into question. And there was a lack of explosive plays.

Stefanski was asked if only minor adjustments are needed in the pass game, or if he’s open to making major changes.

“We definitely will go into it with an open mind,” he said. “What that manifests itself in how major the changes are and how obvious they are remains to be seen. I have been in different offenses and I have worked with different coordinators with varying philosophies, so I do think you can pivot from year to year in terms of certain schemes and certain types of offense that you want to run. Those are the type of things that we definitely will be open-minded about.”

Receiver Jarvis Landry, 29, is scheduled to make $15 million in 2022 in the last year of his contract. The Browns could cut him to save the money while taking only a $1.5 million hit to the salary cap, and Berry sounded as if he would.

“I think everybody on this call knows how much respect that we have for Jarvis Landry and really what he’s meant for our team and organization over the past several years,” Berry said when asked about Landry’s future. “He’s been a productive player for us since the day that we traded for him and he’s been really a key piece in how the team and organization has evolved over the last several years.”

Landry played 12 games this year, missing four with a sprained knee and one on the COVID list, catching 52 passes for 570 yards and two touchdowns — all career lows.

Berry signed free agent defensive end Jadeveon Clowney to a one-year deal worth $8 million plus incentives last offseason. Clowney had nine sacks, including four in the last two games, and Berry is left to decide whether to try to re-sign him.

“JD had a really good season for us,” Berry said. “Was very productive run and pass, disruptive player, I think he paired nicely with the guys we had up front, obviously with Myles (Garrett) being at the forefront.

“He had a good year. He did the things that we envisioned when we signed him. Good season, fit in nicely for us and the next several weeks we’ll see kind of what the future holds with all our guys across the roster.”

Safety John Johnson III told Berry in his exit interview that a yoga instructor would help avoid injuries, the players’ relationships with the athletic training staff should be better and a greater emphasis should be placed on sports science.

Berry said the organization had to limit the number of outside practitioners because of COVID-19 and yoga instructor didn’t make the cut.

“But it is something that is certainly top of mind for us,” he said.

He also said the Browns have made “pretty significant investments” within football operations, player development and sports science.

“Every year, we do go through an injury and particularly a soft-tissue injury audit, and I think our medical and performance groups are pretty good at staying on the cutting edge of those things,” Berry said. “Teams that can stay healthy, that is a huge competitive advantage in our sport, and it is something we want to make sure we are doing everything in our power to do.”

“We are thrilled when we have people from our organization who have the chance to interview for one of these opportunities,” Berry said. “I know those guys will represent themselves well. Any owner who is looking to hire a general manager, those guys will do a phenomenal job. I am just glad they are interviewing for an NFC team so that I can root for them if they get it.”

** The Browns signed kicker Chris Blewitt, linebacker Willie Harvey Jr. and tackle Elijah Nkansah to reserve/futures contracts. They spent time with the team during the season.

Eight players from the practice squad were signed to futures contracts Monday.