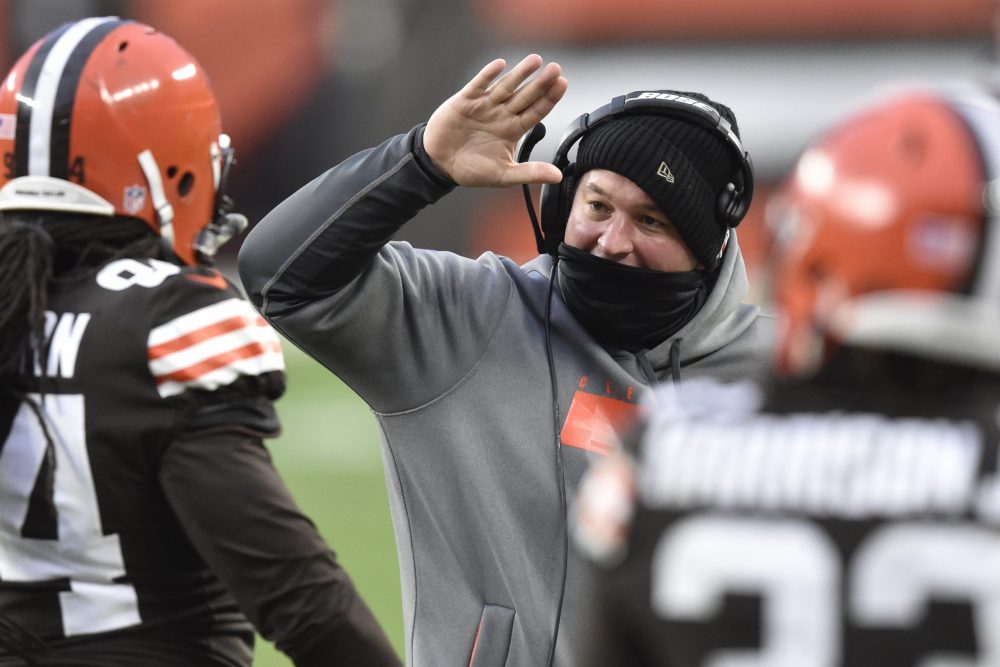 Defensive line coach Chris Kiffin is leaving the Browns to reunite with his brother.

Kiffin accepted a job at the University of Mississippi, where Lane Kiffin is the coach, Chase Parham of Rivals reported Thursday. A source confirmed the move to The Chronicle-Telegram.

Hearing Chris Kiffin has accepted a position on Lane Kiffin’s #OleMiss staff. Chris was most recently with the Browns and was on Hugh Freeze’s staff with the Rebels.

Kiffin spent the past two seasons with the Browns. He followed coordinator Joe Woods from the 49ers, where Kiffin was on the coaching staff as the pass rush specialist.

Kevin Stefanski says on 92.3 The Fan he and Baker Mayfield work well together, respect each other

Hugh Freeze is the coach at Liberty and was the coach at Mississippi when Kiffin was the defensive line coach/defensive recruiting coordinator there from 2012-16.

Last offseason Chris Kiffin interviewed for the coordinator job with the Packers.

Kiffin also helped the development of tackle Malik McDowell, who was drafted by the Seahawks in the second round in 2017 but hadn’t played in the NFL until this season due to physical and off-field problems. McDowell became a Week 1 starter and had three sacks, 33 tackles and seven tackles for loss in 15 games.

** Cornerback Herb Miller was signed to a reserve/futures contract. He played nine games this season and ended it on the team’s practice squad.