Commentary: Maybe it’s not such a bad thing that the Browns didn’t make the playoffs 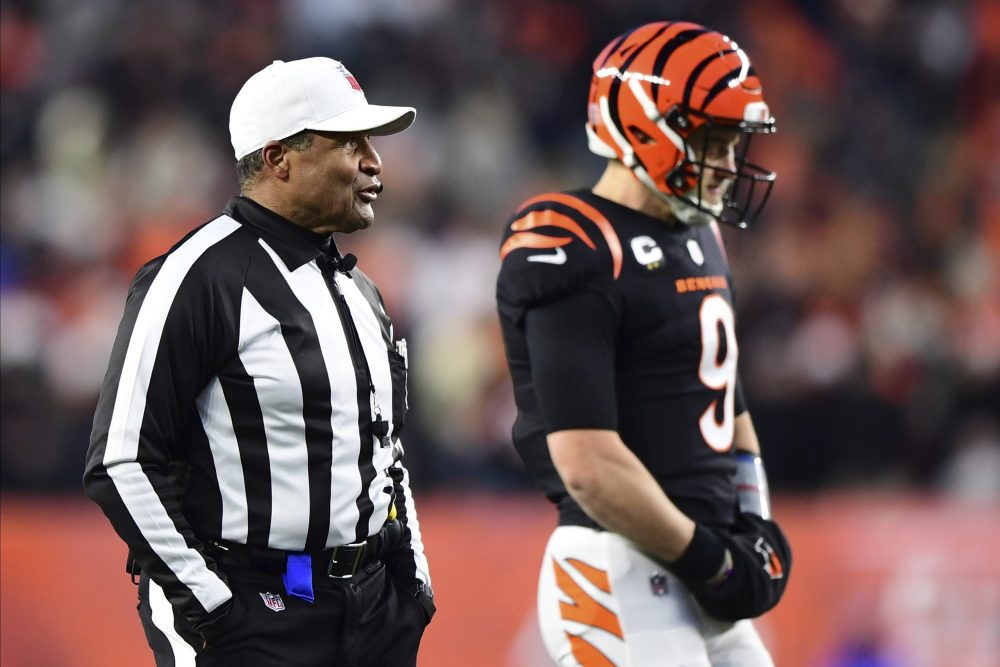 If this will make it any easier for you, here are a few reasons why it’s probably good that the Browns didn’t make the playoffs:

It would have prevented us from devoting our full attention to the best team in Cleveland, the Cavs.

The networks would have begun every Browns’ playoff game with clips from The Drive, The Fumble, Brandon Weeden’s Browns debut, when he got trapped under the giant American flag, The Manziel Era, and Hue Jackson jumping in the lake.

Another four quarters of watching the Browns being called for pre-snap penalties? No thanks.

Regardless of who and where they were playing, the Browns almost certainly would have drawn Jerome Boger’s officiating crew.

Enduring a sideline reporter, at the start of the third quarter, saying, “When I asked Kevin Stefanski what the Browns have to do to turn this thing around, he said, ‘I’ve got to coach better.’”

The threat of a split-screen of Odell Beckham Jr., watching the Browns game from his home and giggling.

The threat of a Browns playoff game coming down to a last-second, make-it-or-go-home 40-yard field goal attempt by (gulp!) whoever the Browns’ kicker was that week.

Just so you know, all the teams that are in the playoffs, except one, are guaranteed to lose their last game. No, really. I looked it up.

Just for the sake of discussion, let’s suppose the Browns reached the playoffs and made it all the way to the Super Bowl. They have absolutely no experience — none — on how to handle a noisy, 90-minute halftime show. I mean what are the players supposed to do? Catch a nap? Play a little Madden? Go for a walk? For that very reason, no wonder I ask this question: Do you know how many teams have lost the Super Bowl their first time playing in the Super Bowl? Me neither. But I’ll bet it’s a lot.

The Browns, on the other hand, are one of the few teams in the NFL that have NEVER lost a Super Bowl. Think about that. Do they really want to risk having that streak come to an end?

When you get right down to it, the playoffs are overrated, anyway. I mean the field is so limited. It’s not like you get to the playoffs and you have to beat all the other teams in the league in order to win the Super Bowl. You only have to win three or four games.

So I would argue that it’s harder to never lose a Super Bowl game than it is to win the Super Bowl.

By that measure, the Browns stack up well against any other team in the league. You want to know how hard it is to never lose a Super Bowl? Go ask the Buffalo Bills. From 1991 through 1994, which, as you know, encompassed Super Bowls XXV through XXVIII, the Bills played in four consecutive Super Bowls and lost them all.

Why that fact is not hanging somewhere on the ring of honor at FirstEnergy Stadium (“Undefeated In Super Bowls”) is a testament to the humility of the organization. Everybody knows it, so why toot your own horn, right?

As a matter of fact, qualifying for the playoffs is in many ways a trap for the unsuspecting, which can frequently lead to losing the Super Bowl. For that, those teams have only themselves to blame.

You would think, after losing Super Bowls XXV through XXVI, Buffalo might have eased off the gas and regrouped. But no, they barreled merrily along and lost the next two Super Bowls as well, just to make sure fans remembered them.

The Browns this season nearly fell into a similar trap. Through their first 15 games they were technically still alive with several other teams that had a chance to lose the Super Bowl.

But cooler heads prevailed, and now the Browns can sit at home and watch the tournament unfold, culminated by the identification of this season’s Super Bowl loser.

It could be the Bills again. They are very much alive. So are the Bengals, Chiefs, Bucs, Packers, 49ers, Rams, and Titans.

The Browns, however, have learned through the years how to stay within themselves, and not try to do too much.

And that’s exactly what they’ve done.

Analysis: If not Baker Mayfield, then who? Checking out some other possibilities at QB
Commentary: So maybe this Baker Mayfield guy isn’t so bad after all