Mailbag: When was the last time the Browns drafted a really good receiver? 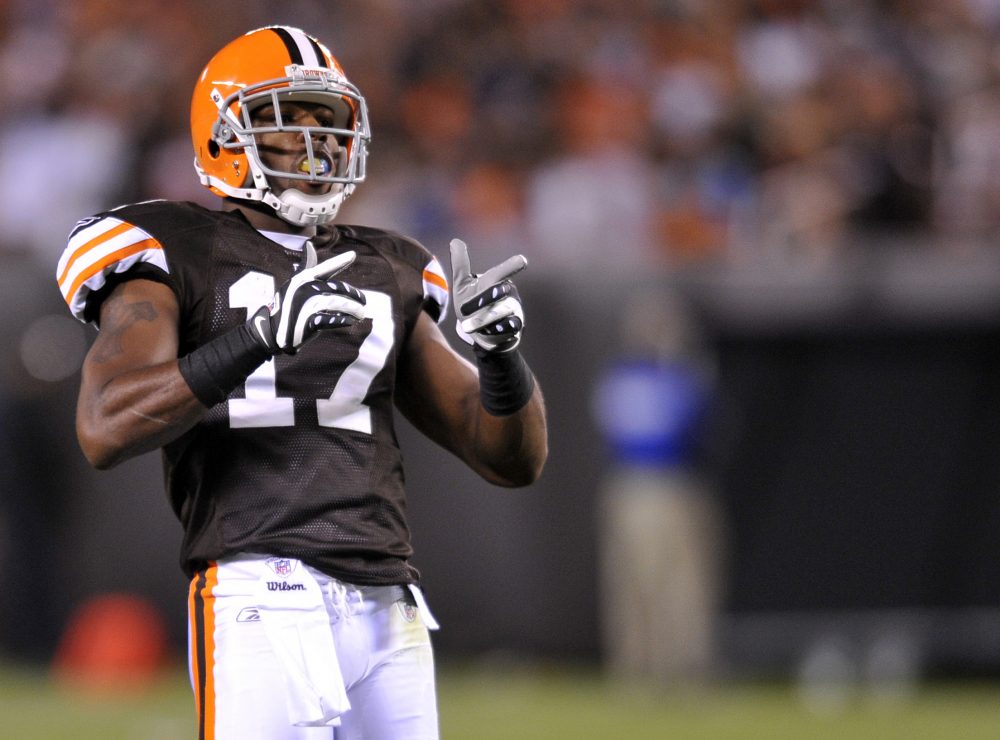 Q: When was the last time the Browns selected a really good wide receiver in the draft? Donovan Peoples-Jones and Anthony Schwartz are nice but need work. Mr. “suspended” Josh Gordon doesn’t count, so see what you can find over the past three decades.

Commentary: So maybe this Baker Mayfield guy isn’t so bad after all


Corey Coleman, No. 15 in 2016, was the only other first-round pick at the position, and he was a complete disaster. But the Browns used seven second-round picks on receivers, including in each of the first four years after returning. Kevin Johnson in 1999 was the best of the group, catching 315 passes for 3,836 yards and 23 touchdowns in five years in Cleveland.

So I’ve really just confirmed your point. The drafting of wideouts has left way too much to be desired. And the history lesson is valuable because I expect the Browns to draft a receiver in the first or second round this year.

A: I would say receiver Jarvis Landry and center JC Tretter top the list of players eligible for restructuring as they enter the final years of their contracts. Right tackle Jack Conklin might be a candidate, although when he signed the three-year deal in 2020 the reason for the length was so that he could hit the market again after the 2022 season. I don’t think tight end Austin Hooper qualifies because I don’t think the Browns want to tie themselves to him for any longer than they already have.

To answer your question, the positives for the player are to continue getting paid while getting a lump sum up front. The negative is that restructuring usually brings a pay cut on some level. For example, Landry is owed $15 million in 2022, the final year of his deal. I could see the Browns wanting to change the deal to $10 million a year for the next three years with only $15 million guaranteed. From the team perspective, you get to keep the player and save money.

The negative for the player is not getting paid the money in the original contract. For the team there could be a longer commitment than desired, but the team generally has the leverage if it doesn’t mind losing the player if restructuring talks don’t go well.

Q: Hey, Scott, is there a reason Jameis Winston didn’t make your list?

A: You’re referring to the story I wrote about potential quarterback options during the offseason. And I’m glad you asked about Winston.

I considered including him and probably should have to be thorough. He’s a free agent and former No. 1 overall pick, so there are reasons to be intrigued. But I didn’t include him because his propensity for throwing interceptions doesn’t fit with coach Kevin Stefanski’s style. So signing Winston would be a stretch, but perhaps Stefanski believes he could coach the turnovers out of Winston. And Sean Payton had success with that this year before Winston’s anterior cruciate ligament tore. He went 5-2 with the Saints, throwing 14 touchdowns and only three interceptions. That’s a far cry from the league-high 30 interceptions he threw in 2019 in his last season with Tampa Bay.

Q: The offense seemed to struggle after running back coach Stump Mitchell took a leave of absence. Do you feel that had an effect?

A: I’m not going to minimize Mitchell’s impact. The running backs love him, he has a great feel for dividing their playing time and he plays a key role in designing the game plan. Having said all that, I don’t think his absence had a significant impact. Nick Chubb played well late in the season, as did D’Ernest Johnson. The biggest reason for the offensive struggles was the passing game, which is the responsibility of Stefanski, coordinator Alex Van Pelt and receivers coach/pass game coordinator Chad O’Shea. The Browns did miss injured running back Kareem Hunt in every aspect.

Q: You take these coaches leaving as a sign of team dysfunction?

I don’t think the departures are a sign of dysfunction because turnover on coaching staffs is routine. I am a bit surprised both defensive line coaches would leave for college jobs, but Kiffin reunited with his brother Lane at the University of Mississippi. The decision not to bring back Colman points to the struggles of the special teams and the strong presence of coordinator Mike Priefer.

Q: How about bringing back Olivier Vernon? I do not think he was on a roster this year. He would not only provide depth but insurance if they cannot keep Jadeveon Clowney. Also sign Chris Hubbard for OL depth.

A: I always thought Vernon was a valuable piece on the line, but I’m not sure he plans to play again after his Achilles tore at the end of the 2020 season. When the Browns had issues toward the end of this season at defensive end with COVID-19 and Myles Garrett’s groin injury, I reached out to Vernon’s agent to see if he was interested in playing again and never heard back. That doesn’t mean he won’t try to return in 2022, but it doesn’t feel like a given at 31 years old. If he wants to play, he’d be a great third end as long as he’s healthy.

As for Hubbard, he’s one of my favorite guys to talk to and is loved in the locker room. And the Browns certainly need a proven swing tackle, a role he filled nicely in 2020. But I’m not sure the Browns can rely on him in 2022. He’ll turn 31 in April and his last two seasons were cut short by serious injuries. In 2020 it was a torn quadriceps and dislocated kneecap, and this year it was a torn triceps in Week 1.

Q: The last two games that Baker Mayfield started, the Browns ran a lot more three-wide receiver sets and a lot less of the three tight ends. Is there a chance this was in response to complaints from Baker about game strategy and moreover could it be that Coach Stefanski had an inkling that Baker might not be as efficient, but wanted him to “see it for himself”?

A: I think Stefanski was searching for something to spark the offense and figured a change in personnel packages would confuse defenses. It worked against the Packers, as the Browns marched the ball up and down the field and were able to run effectively out of the three-receivers sets. There’s a chance Mayfield pushed for the change, because we know he grew frustrated with some of the game plans and play calls. I don’t buy the theory Stefanski made the change to make Mayfield look bad.

Q: How are home and away games for non-divisional opponents determined?

A: The schedule is set through a rotation of the league’s divisions. Every four years the AFC North plays an NFC division. In 2021 that was the NFC West. In 2022 it will be the NFC South. The AFC division matchup is on a three-year rotation. In 2021 the AFC North played the AFC West. In 2022 it will be the AFC East. Whether the matchup is home or away changes with each meeting. So the Browns host each NFC team once every eight years.

When you include the six intradivisional games, that accounts for 14 games. The other two AFC opponents are the teams that finished in the corresponding spot in the other divisions. For example, the Browns finished in third place in the AFC North in 2021, so in 2022 they’ll play the third-place teams in the AFC South (Houston, road) and West (Chargers, home). Home and away alternates depending on the year.

The 17th game is the corresponding team from a predetermined NFC division, with a home game every other year. The Browns hosted the Cardinals in 2021 and will visit Washington, the third-place team in the NFC East, in 2022.

Mailbag: Was 2020 or 2021 closer to reality for Browns?
Mailbag: Should Browns consider drafting QB early this year, or wait until 2023?