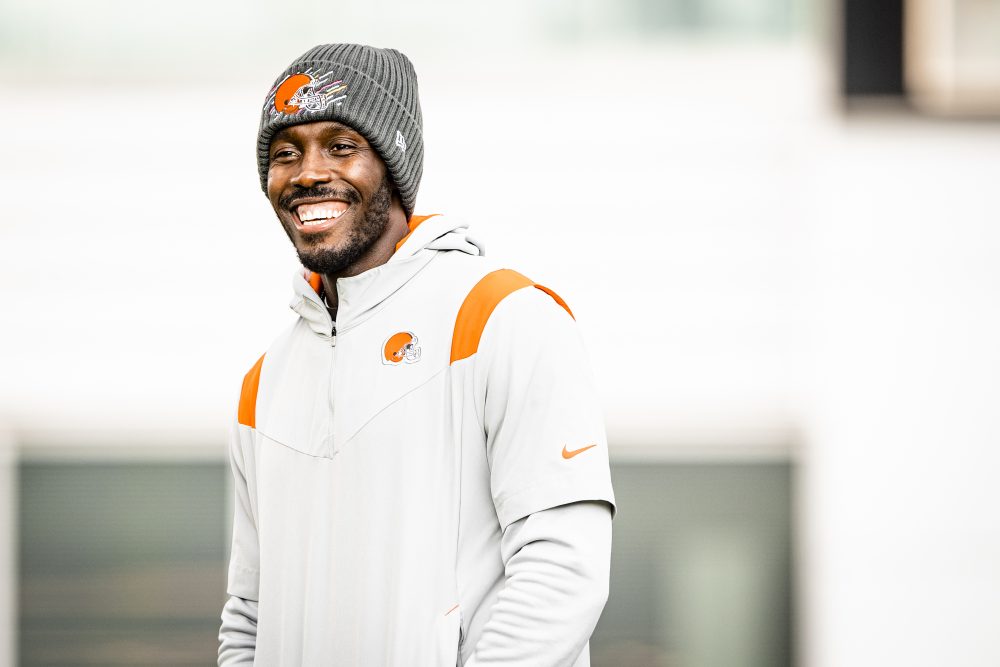 They gained a compensatory third-round pick in each of the next two drafts.

Vice president of football operations Kwesi Adofo-Mensah was hired Wednesday to be general manager of the Minnesota Vikings, the team announced. The move was expected after he emerged as the favorite Tuesday and interviewed for the second time.

The deal is for four years and $12 million, according to NFL Network.

The Browns will receive the draft picks as part of the NFL’s plan to reward organizations for developing minority coaches and front office personnel. The rule was passed in November 2020.

“We are beyond excited that Kwesi has been named General Manager of the Minnesota Vikings,” Berry said in a statement. “Kwesi’s infectious energy, critical thinking skills, collaborative spirit and expertise across the football operations/player personnel spectrum made a lasting footprint here in a short period of time. These same characteristics will make him an exceptional leader, problem-solver and roster architect for the Vikings.”

Adofo-Mensah, 40, was in his second year with the Browns and ninth in the NFL after working as a portfolio manager on Wall Street. He worked with Berry on all roster and strategic football decisions and the day-to-day operations of the team. He oversaw talent evaluators and the analytics team as the Browns won 19 games in the last two seasons, their most in a two-year period since 1988-89.

“I am extremely thankful to the Wilf family and the Vikings organization for giving me the opportunity to lead our football operations and join this respected franchise,” Adofo-Mensah said in the news release. “There is so much to appreciate about this organization — an existing nucleus of talent on the roster, top-notch facilities, passionate fans and smart people throughout the building who are committed to winning. I look forward to partnering with our next head coach and our entire football operations staff to begin our work of bringing a Super Bowl to Vikings fans.”

Adofo-Mensah was with the 49ers from 2013-19 in the football research and development department, finishing his tenure as director of the department. He played basketball at Princeton and earned a bachelor’s degree in economics. He got his master’s in economics from Stanford.

“My whole life, and not just my professional life, I have been really passionate about decision-making under uncertainty,” he said in 2020 after being hired by the Browns. “What draws people to sports from an academic environment is that you get a chance to apply some of these academic principles and the things that happen kind of subconsciously on the court or on the field.

Adofo-Mensah met Berry at the 2019 scouting combine when Adofo-Mensah introduced himself in an elevator. He replaces Rick Spielman, who was fired by the Vikings after 10 years as GM and 15 years with the organization. The Vikings also need a coach after firing Mike Zimmer after eight years.

“We are thrilled to welcome Kwesi to the Minnesota Vikings. His unique background, variety of strong football experiences, vision for success and leadership presence immediately stood out to us,” owner/president Mark Wilf said. “Kwesi is naturally committed and driven to building the best teams through consensus building and the pursuit of information. We believe he will immediately make us better as a team and organization.”

Adofo-Mensah also interviewed for the GM job with the Bears, who hired Ryan Poles from the Chiefs on Tuesday. Poles was the other finalist for the Vikings job.

Browns vice president of player personnel Glenn Cook interviewed with the Bears and Vikings, too.

“I’ve enjoyed getting to know Kwesi and working with him for the last two years,” coach Kevin Stefanski said. “He’s worked extremely hard for this opportunity, and the Vikings are getting an outstanding person that will be driven to build a winning culture.

“Kwesi has been a great resource for me and our coaching staff and he will do everything in his power to install a process within the Vikings organization that will lead to success.”

“While we are sad to see him go, we are proud of the person and executive that Kwesi is,” Berry said. “We wish him and his fiancé, Chelsea, nothing but the best moving forward.”

Adofo-Mensah’s presence in Minnesota will surely spur conversation about a possible trade of quarterback Kirk Cousins to the Browns. He’s entering the last year of a contract that will pay him $35 million in 2022, and the Browns will explore potential upgrades to Baker Mayfield despite Berry saying they “fully expect” Mayfield to be the starter next year.