Mailbag: Should Browns consider drafting QB early this year, or wait until 2023? 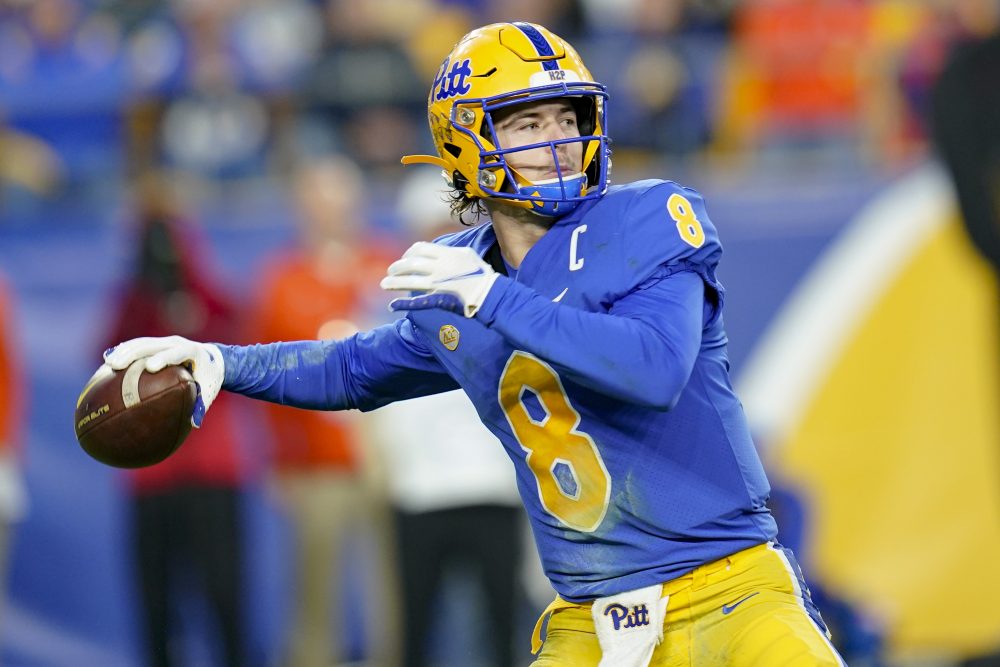 Q: Just listened to you on 92.3 (The Fan) and have a follow-up question regarding the quarterback situation. If I look at the quarterbacks available in the draft this year, I do not see much value. If I look at 2023, there are more that might have the talent and size to compete with Joe Burrow and Lamar Jackson. If this is correct, doesn’t it make sense to get receiver and both lines improved and let Baker Mayfield have one more year. If he succeeds and they feel there is a better option, he would have decent trade value. Also they would have the money to invest in other positions going forward.

A: Thanks for listening to my weekly Monday segment with Andy Baskin and Jeff Phelps. You’re referring to the appearance Jan. 24.

You have some interesting thoughts. The consensus from experts is that the 2023 draft will be better for finding a quarterback. That doesn’t mean a quality one won’t be available this year and it doesn’t mean the Browns will be positioned to get the one they want next year. It does mean that if the Browns don’t like their options this year, they have reason to wait. In the meantime, regardless of who plays quarterback in 2022, they must upgrade at receiver and along the defensive line (the offensive line needs a proven swing tackle, but I don’t think an overhaul is required).

But I have some issues with your scenario. First, I don’t believe in punting on 2022, because the roster is strong enough to win. If the Browns feel an upgrade at quarterback is necessary, they should do what it takes — within reason — to make that happen this offseason. If the Browns still believe a heathy Mayfield can develop into the guy they need, then waiting to possibly draft a replacement makes perfect sense. In that case, I would still add a veteran capable of pushing Mayfield or stepping in if he struggles again, such as Mitchell Trubisky, Marcus Mariota or Teddy Bridgewater.

A final point: Mayfield is entering the final year of his contract. The only way the Browns could trade him after 2022 would be if they used the franchise tag.

Q:
Do you think general manager Andrew Berry would trade up without breaking the bank if Pitt quarterback Kenny Pickett was on the board??

A: The short answer: yes. The longer answer includes a variety of factors.

The Browns should have more clarity at quarterback by the draft because free agency and the trade market would’ve been humming for a while. If the Browns haven’t made any significant moves, then drafting a quarterback, especially in the first three rounds, becomes much more likely. I could envision a scenario in which Berry puts a high value on Pickett and tries to trade up to land him. The Senior Bowl this week and the combine in early March should provide some clarity to Pickett’s draft status, while the next six weeks should reveal the Browns’ plan regarding a veteran.

Q: 1-10 (1 is lowest), where would you rank the organizational culture right now? There may not be fire, but there’s A LOT of smoke.

Or life on the line: Is Baker the starting Browns QB on opening day 2023?

I’d rate the culture a 6.5. Obviously things aren’t perfect, but they’re a lot better than they used to be.

Ownership must prove it’s gotten over the impulse to blow up things at the first signs of trouble, but keeping chief strategy officer Paul DePodesta through general manager and coaching changes is a positive first step. The inability to make it work with Odell Beckham Jr. can be viewed as an organizational failure, but I place the bulk of the blame on Beckham, who forced his way out of town. The other “smoke” I see as minor and fixable. Berry and coach Kevin Stefanski are stabilizing forces who are smart and reasonable, and that is good for the culture.

Now for the second question … no.

I first read it as 2022, and that question is much more difficult. If I had to bet on 2022, I’d go with Mayfield as the Week 1 starter but I’d keep the wager small. I fully expect the Browns to check all avenues for an upgrade, I’m just not sure they’ll be able to acquire one. As the default option, I’d put a few bucks — but not my life — on Mayfield getting the chance to redeem himself.

When it comes to 2023, the smart money is on someone besides Mayfield. He’s not under contract past 2022, is coming off a season that did nothing but raise questions about his ability and future and the Browns would have two offseasons to try to find someone better.

Q: Who will be Kwesi Adofo-Mensah’s replacement after he was hired to be general manager of the Vikings? Will Berry promote from within the building, or does he reach out to another team’s employee?

A: When I checked last week I was told no decision had been made. I could see Berry going either way.

Internally, vice president of player personnel Glenn Cook is a candidate for promotion after interviewing for GM jobs with the Vikings and Bears. Senior football adviser Ryan Grigson, the former Colts GM, is also a trusted resource for Berry. And director of player personnel Dan Saganey may be ready for a larger role. It’s probably wise not to rule out VP of research and strategy Andrew Healy crossing over into football operations. Adofo-Mensah was in a similar research role with the 49ers before Berry hired him as VP of football operations.

It’s also worth noting Berry went outside the organization to hire Adofo-Mensah as his top lieutenant after getting the GM job in 2020. He may have someone in mind who isn’t on Cleveland’s organizational chart.

Q: Jarvis Landry recently retweeted a Troy Aikman quote that was critical of NFL teams whose obsession with scheme causes them to miss obvious play calls. Are the Browns guilty as charged or am I overthinking his retweet?

A: You’re not overthinking this. When I heard what Aikman said I wondered about Stefanski and his system. And Landry’s retweet only made me think about it more.

Stefanski’s scheme searches for favorable matchups to get playmakers the ball, but there doesn’t seem to be a lot of wiggle room to take advantage of the “easy” completions Aikman referenced. If a talented receiver is lined up outside and the cornerback is 10 yards off, it makes sense to throw a quick hitch. And if that receiver draws press coverage, the option is there to run a route that takes advantage of the corner’s aggression. I didn’t see that freedom in Stefanski’s scheme, and Aikman has noticed the same thing across the league.

Q: When will we learn where the pick for Minnesota hiring Adofo-Mensah is slotted?

A: Last year the league announced the compensatory picks March 10, so I expect a similar timetable. The compensatory picks include those awarded to teams that lost more free agents than they signed the previous offseason. I figure Cleveland’s pick to be in the ballpark of No. 105.

Q: Understanding you may not want to reveal trade secrets, what’s your method for verifying information you receive before reporting it? With disinformation at an all-time high in social media, how do you know not to perpetuate a false report like “Bill Callahan to Chicago”?

A: The report you’re referring to is one from Sports Mockery, a site out of Chicago, which cites a source that new Bears coach Matt Eberflus is “hoping to land” Callahan as his offensive line coach. I’m not saying the report is false. But my decision not to write about it was because I wasn’t able to confirm it as true and have reason to believe Callahan will stay with the Browns — he’s under contract and the Browns value him highly. I need more than a report from a site I don’t know, especially because there’s a long way from “hoping to land” and hiring away from the Browns.

Things could change, but that’s where I am at the moment.

Mailbag: When was the last time the Browns drafted a really good receiver?
Mailbag: Will receiver be the pick at No. 13, or is edge rusher possible?