Mailbag: Will receiver be the pick at No. 13, or is edge rusher possible? 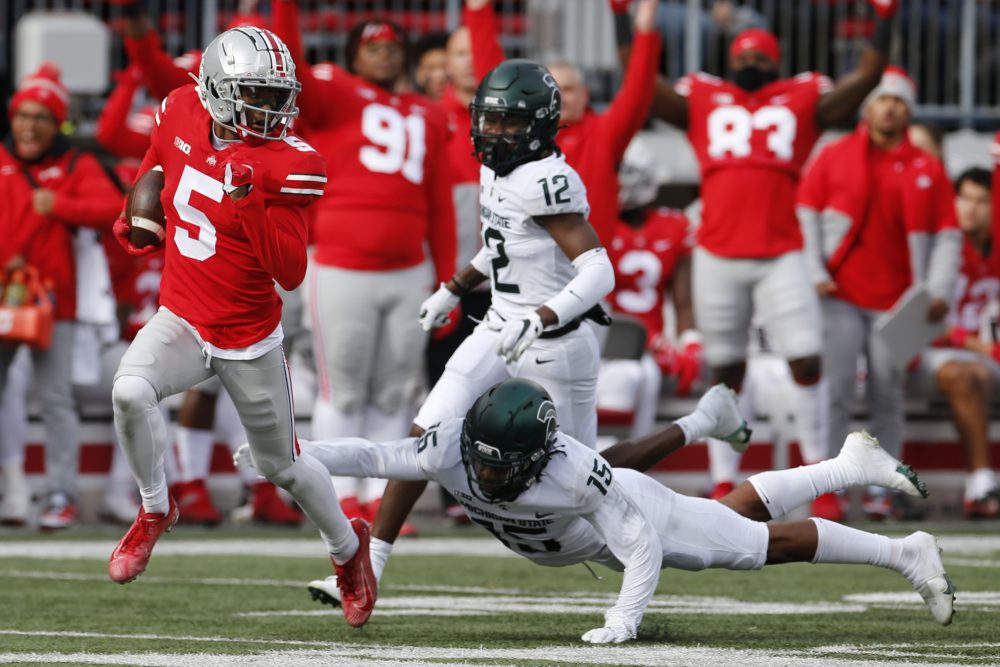 Q: Most of the mock drafts I see it’s wide receiver with the first-round pick. Is it best player available or need? Doesn’t seem to be the best class of WR coming out.

A: It’s always a combination of best player and need.

I believe the philosophy of general manager Andrew Berry and chief strategy officer Paul DePodesta is to think long term in the draft and take the best players at the most important positions, especially in the early rounds. But in Berry’s two drafts in charge, the first-round pick was used at the greatest position of need — left tackle Jedrick Wills Jr. in 2020 and cornerback Greg Newsome II last year. I don’t think the Browns forced either pick — the drafts aligned with their needs — but I can’t say that Wills was the highest-rated player on their board. It sure seemed like they had committed to a tackle at No. 10 and there were multiple candidates.


This draft will be interesting. Before free agency, receiver certainly looks like the biggest need (let’s leave quarterback out of the discussion for now) and there are solid candidates available in the draft. But the Browns also have significant holes at defense end and defensive tackle, which are positions worth addressing at No. 13. I think the Browns philosophically would prefer to wait until the second round to take a receiver, and there should be plenty of good ones available. So I’m not ready to mark them down for a wideout in the first round.

Q:
While most of the mock drafts have the Browns taking one of the top receivers at 13, would they surprise and take an edge there instead if one falls? Which edge, in your opinion, would top your list and which would top the Browns’ list?

A: An edge at No. 13 makes a ton of sense to me. I’m not diminishing the importance of wideouts, but pass rusher is behind only quarterback on my position rankings. So finding a long-term partner for All-Pro Myles Garrett would serve the Browns well. Referring back to the need part of the equation, re-signing potential free agent Jadeveon Clowney may or may not influence whether the Browns would draft a pass rusher at No. 13.

I’m headed to the scouting combine this week and will have a better idea about the prospects when I leave Indianapolis — and hopefully whom the Browns may like. Right now, I’m particularly intrigued by Georgia’s Travon Walker, Purdue’s George Karlaftis and Florida State’s Jermaine Johnson II.

Q: Do you think the $8 million guaranteed to right tackle Jack Conklin in his new restructured deal means he’s coming back sooner rather than later? How might that affect tackle plans for this offseason?

A: Interesting question. The team’s willingness to guarantee him that much money signals he’ll be able to play early in the year, if not by Week 1, following a ruptured patellar tendon suffered Nov. 28. So does Conklin’s willingness to take the other $4 million of the $12 million salary in playing-time incentives. It feels like a deal that benefits both sides — Conklin should collect all of his salary, while the Browns save $4 million in salary cap space.

The skeptic in me must point out that the patellar injury is a difficult one to return from, but if the Browns weren’t confident in Conklin’s health for 2022 they could’ve saved the money and sought an alternative at right tackle. Even if Conklin is expected to be ready for the opener, the Browns must find a competent, veteran swing tackle. When Chris Hubbard was lost for the season after an injury in the opener, the Browns didn’t have a viable solution when Wills and Conklin got hurt.

Q: Which position makes the most sense for the Browns to fill via free agency?

A: I picked the easier question of your choices, but hit me with your Mayfield one in a future mailbag. It’s an important topic and deserves a thorough answer.

Free agency is all about addressing needs, so the blueprint is clear to me — quarterback, receiver, defensive end, defensive tackle, tight end, tackle, kicker and punter. Not necessarily in that order.

We made it this far without talking about the offseason plan at quarterback, but it’s the biggest question facing the Browns. I have no doubt Berry seeks an upgrade over Mayfield. If he can’t find it, I’d expect an option to be added in case Mayfield struggles as he did in 2021. The alternative could come in the draft or free agency (Mitchell Trubisky, Marcus Mariota).

The other positions are less controversial but also significant needs.

If Jarvis Landry doesn’t agree to a restructured contract, the Browns will need a veteran receiver to go with the rookie they seem certain to draft in the first or second round. Even if Landry stays, a veteran isn’t out of the question.

If Clowney doesn’t re-sign, the Browns would be well-advised to sign a veteran pass rusher and draft a rookie early. Without Clowney and Takk McKinley, who’s a free agent and suffered a torn Achilles late in the year, the Browns need two ends to follow Garrett on the depth chart.

Defensive tackle isn’t as important as end, but the hole on the roster is bigger in the interior. Starters Malik McDowell and Malik Jackson aren’t expected to return, so Jordan Elliott and Tommy Togiai need proven help.

The need at tight end will be determined by what happens with David Njoku, who’s eligible for free agency, and Austin Hooper, who hasn’t lived up to his pricey contract and could be cut to save money despite the salary cap hit.

A swing tackle is needed, and the two kicking jobs must be addressed, whether through free agency or the draft.

To answer your question, I would say quarterback. I don’t expect a blockbuster trade and I’m not convinced the long-term answer is available in the draft. So in order to have insurance if Mayfield doesn’t regain his 2020 form, a free agent should be signed.

Receiver (if Landry doesn’t return) and defensive tackle would be next in line.

Q: Looking over the just announced changes to Coach Kevin Stefanski’s coaching staff and reading between the lines, the message seemed to be “don’t worry, we got this.” Lots of shuffling of existing offensive coaching staff. I agreed with Stefanski’s near weekly mantra “I have to do a better job calling plays” because I thought the Browns offense got more complex in 2021 yet more predictable. What does his doubling down on his existing offensive staff tell us about what will change in 2022 on offense?

A: I agree the continuity of the staff shows the organization, and specifically Stefanski, trusts the coaches despite the struggles of last season. I also think DePodesta, Berry and Stefanski are self-aware enough to acknowledge the coaching shortcomings in 2021, which predominantly showed up in the passing offense. So I expect noticeable changes in 2022, whether they’re to Stefanski’s system and/or the play calling. I don’t think bringing back everyone on the offensive staff with a couple of changes in assignments will prevent Stefanski from tweaking things. Having said that, I think he still has confidence in his system, so I don’t think we’ll see a new playbook.

The issue hanging over everything is how much the personnel affected what Stefanski and his staff tried to do last year. Quarterback Baker Mayfield’s struggles made life more difficult on everyone and makes it much tougher to determine if the play calls were the problem.

Mailbag: Should Browns consider drafting QB early this year, or wait until 2023?
Mailbag: Which receivers impressed most at scouting combine?