Mailbag: Which receivers impressed most at scouting combine? 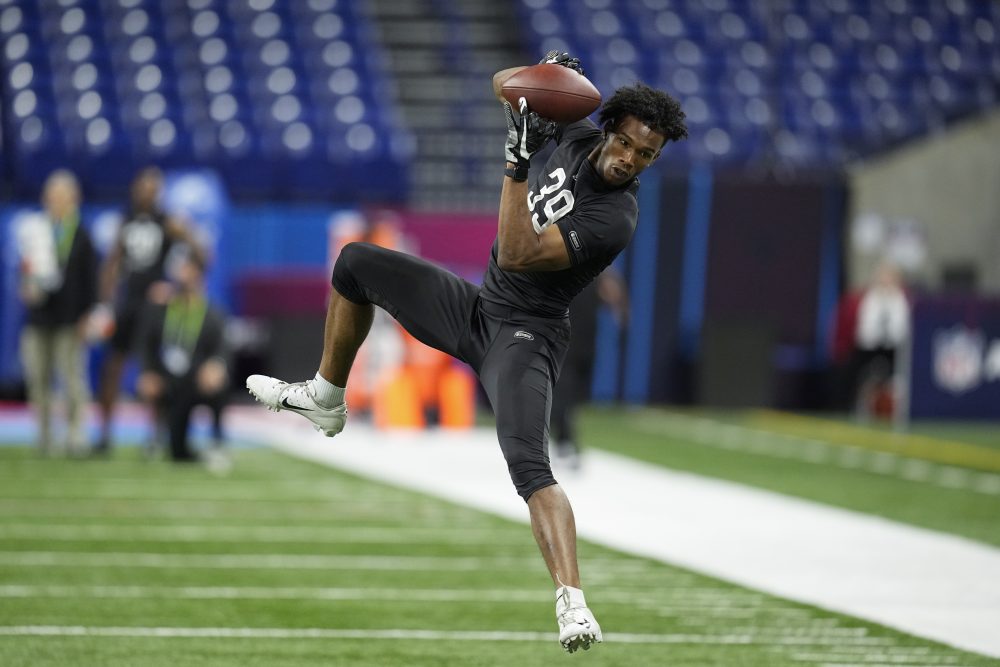 Q: It appears the wide receiver room is in for a serious upheaval. Which receiver impressed you the most at the combine, and which veteran free agent should the Browns pursue?

A: Upheaval is a good term for it. I’d be stunned if Jarvis Landry agreed to a restructured contract, meaning the Browns need to add Nos. 1 and 2 receivers to a depth chart with Donovan Peoples-Jones, Anthony Schwartz, Demetric Felton and Ja’Marcus Bradley.

I liked a lot of receivers at the combine, but the list starts with Ohio State’s Garrett Wilson and Arkansas’ Treylon Burks. If the Browns could get either at No. 13, I’d consider it a big win.

Free agency is trickier. The best receivers don’t hit the market, so those who do get overpaid and asked to move into a larger role than they’ve been accustomed. Amari Cooper could be an exception if the Cowboys cut him as rumored. He’s been a true No. 1 receiver and has five 1,000-yard seasons. Chicago’s Allen Robinson is the other big name I’d consider. The rest of the receivers I’d consider are second-tier guys who would need to be paired with a high-level rookie.

Q:
When the Browns talk to free agent wide receivers and tight ends, will they have to have an explanation ready for why Baker Mayfield is their main plan at QB (presumably built around his performance in 2020)? There’s no way they can go in saying, “We’re working on upgrading that position,” right?

A: That’s a very interesting question.

The situation requires a lot of nuance, and I think the Browns will try to walk a delicate line. They must express confidence in Mayfield and a bounce-back in 2022 because they likely won’t have a better option. But there’s a danger to saying they’re all-in with Mayfield because players around the league have seen his flaws — and the video shard by Odell Beckham Sr. I think the key for the Browns is clearly expressing the importance of the quarterback position and the organization’s commitment to finding excellence there.

The final piece of the sales pitch could be flashing back to 2020 as an example that the team can win a lot of games with coach Kevin Stefanski’s system and Mayfield at quarterback.

Q: Hope you had a good time at the combine. I am eager to learn your impressions of the left defensive end candidates you’d identified in last week’s mailbag: Purdue’s George Karlaftis, Georgia’s Travon Walker and Florida State’s Jermaine Johnson II.

A: I did have a good time. It was really nice to be back in Indy after a year away.

You’ve made it clear you’re interested in a left defensive end who’s a force vs. the run as well as being able to rush the passer. I appreciate that. The bookend to Myles Garrett can’t be a pushover on first and second down.

I think all three of the ends mentioned above meet your requirements. The biggest asset for Karlaftis (6-foot-4, 266 pounds) is his strong lower body, which should make him difficult to displace. Like any young player, he’ll need to get better with his technique vs. the run. Walker (6-5, 272) said he’s best as a five-technique, which means he’s not afraid to mix it up inside. The Browns would have to be comfortable that he could line up wider and threaten the edge in passing situations. Johnson (6-5, 254) is the lightest of the group, but I really like his game and think he’ll hold up vs. the run.

Q: Every year someone drops in the draft. Oregon defensive end Kayvon Thibodeaux is my pick as this year’s diva. Would you jump for him if he’s on the board??

I know the production left something to be desired — 19 sacks over three seasons — and his desire has been questioned, but he seems too talented to let pass if he falls to No. 13. This is under the assumption the Browns feel good about his character and believe he just needs the right setting to excel. I love the idea of placing Thibodeaux under Garrett’s wing and letting him prosper without the pressure of being the team’s No. 1 pass rusher.

Q: Turn back the clock to last year’s draft and imagine Andrew Berry, Paul DePodesta and Kevin Stefanski are running the Cincinnati Bengals. Who do you think they draft in Round 1 with that No. 5 pick?

A: I think they would’ve taken a tackle rather than receiver Ja’Marr Chase, whom the Bengals selected and became the NFL’s Offensive Rookie of the Year. I say this because I believe the Browns place a higher value on tackle than receiver, and the Bengals had an urgent need at tackle. It would’ve been interesting to see which tackle the Browns would’ve drafted, Rashawn Slater from Northwestern or Oregon’s Penei Sewell. Slater was drafted by the Chargers with the No. 13 pick, had a fantastic year and made the Pro Bowl. Sewell went No. 7 to the Lions, played well and improved throughout the season.

Q: What is the most obscure combine or analytics stat that teams will admit to tracking?

A: I don’t have a great answer for this but can tell you the Browns track just about everything. And we know they’re big into SPARQ ratings, which rely on the type of testing data available at the combine.

Your question reminded me of the importance the organization placed on completion percentage when evaluating quarterbacks during Sashi Brown’s tenure leading the football department. This led to Cody Kessler being selected in the third round, No. 93 overall, when many analysts projected him much later. Completion percentage is a valuable stat, but it doesn’t necessarily transfer from college to the pros because the circumstances are so different. Baker Mayfield’s drop from Oklahoma to the Browns is a prime example.

Mailbag: Will receiver be the pick at No. 13, or is edge rusher possible?
Mailbag: Was trading for Amari Cooper right move, rather than waiting for free agency?