Mailbag: Was trading for Amari Cooper right move, rather than waiting for free agency? 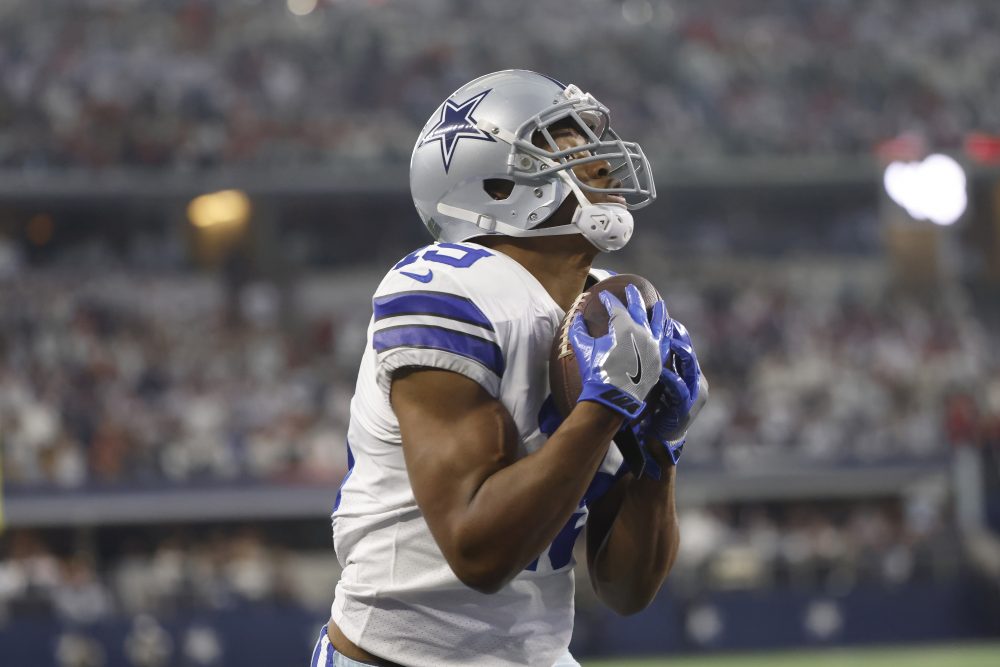 Q: Does the idea of trading for Amari Cooper as opposed to signing him scare you? I feel like OBJ was kind of mad to be dealt somewhere without his blessing. Could it be similar with Cooper? If he signed with us as a free agent, he would be choosing us.

A: As Todd Haley once said, you can’t live in your fears.

I’m just messing with you. I get your point completely but don’t think the Browns would’ve agreed to the trade if they felt Cooper wasn’t willing to play for them. I also think the $20 million he’s due in each of the next three years will make the transition more palatable for him. Maybe Cooper would’ve gotten that on the free agent market, but that’s still a top-five receiver contract.

I think general manager Andrew Berry was wise to make the deal and not risk the competition on the open market. Not only could that have evolved into a bidding war, Cooper could’ve chosen to go elsewhere. And there was no guarantee another team wouldn’t have traded for Cooper.

Q: Does acquiring Amari Cooper change the Browns’ draft plans, or simply set them up to take the best player available (assuming they get a defensive end in free agency)?

A: I think you pretty much nailed it, although I would say the trade for Cooper reduces the likelihood of a receiver at No. 13, at least to some degree. I’ve always thought — and I could be wrong — Cleveland’s decision-makers would prefer to draft a receiver in the second or third round rather than in the top 15, so having Cooper on the roster would allow them to stay true to this philosophy. I also think a trade down is a greater possibility without such a desperate need at receiver.

Your mention of defensive end is necessary. Unless the Browns land a young free agent whom they can pencil in opposite Myles Garrett for the next three or four years, I’d expect defensive end to be the focus of the first round of the draft. For two years I’ve believed the Browns should draft an end to be the long-term bookend for Garrett. But if Jadeveon Clowney or another veteran end is signed in free agency, the first round of the draft is wide-open for the Browns, including quarterback.

Q: What are the cap ramifications of the Cooper deal? Are the Browns absorbing all of his money? Are all three years fully guaranteed?

A: Unless the Browns restructure the deal, which is a possibility, they’ll take a $20 million cap hit in 2022. They could regain about $15 million of that by releasing Jarvis Landry, and there are other players who could be released or restructured to add cap space — quarterback Case Keenum, center JC Tretter and tight end Austin Hooper, to name a few.

The Browns will pay the entire salary.

According to spotrac.com, each of the final three years of Cooper’s contract is $20 million, all in salary. They aren’t guaranteed and there would be no dead money on the salary cap if he were to be released before either of the next two seasons.

Q: Still like Baker Mayfield, but obviously concerns exist, especially on analytics side. My question: How can #Browns top brass, including coach Kevin Stefanski, sit in a meeting together and think Baker can lead them to a Super Bowl (or win division) coming off of surgery and his worst season? They’re too smart to believe that, right?

A: You’ve gotten to the heart of the most significant issue facing the organization.

The Browns aren’t convinced Mayfield is the man for the job. If they were, they’d have opened contract extension talks long ago. More evidence is the work they’ve done on Houston’s Deshaun Watson and their willingness to at least explore other options.

But that doesn’t mean they don’t hold out hope that, given the right circumstances, Mayfield can take them on a playoff run. It was only 14 months ago he did just that.

A: I’m not saying you’re wrong, especially when thinking about the long term. Finding a young quarterback who stacks up with the league’s best is critically important. But I’m going to push back on a couple of things.

First of all, the roster is too talented and each season too important to dismiss 2022 with the sole focus on the 2023 draft. I’d also say unless a team is guaranteed to have the No. 1 pick — and the Browns aren’t in that position — there’s a good amount of risk and uncertainty in counting on being able to get one of the top couple of quarterbacks in a draft. This doesn’t mean the Browns shouldn’t think about the 2023 QB draft class and work to position themselves to be in the best shape possible. It does mean they can’t just punt on 2022.

My other major point is they haven’t ruled out options who are available this offseason. Watson is the headliner, I’m not sure the door is completely shut on Kirk Cousins and they could fall in love with someone in the draft class.

Q:
Who is GM Petrak looking to make a deal on in free agency or a trade?

A: Is it too late to say Cooper? I was working on my free agency preview when the news of the trade agreement broke, and Cooper was the first name mentioned. Receiver was the team’s most pressing need, and Berry addressed it with the best player available.

The focus has shifted to the defensive line. The Browns need an end opposite Garrett and two starting tackles. There are a variety of options at end, but I’m intrigued by Derek Barnett, Emmanuel Ogbah, Melvin Ingram III and Jerry Hughes. In the interior, some names I’d consider are Calais Campbell, Akiem Hicks, Larry Ogunjobi, B.J. Hill, D.J. Jones, Sebastian Joseph-Day and Maurice Hurst.

Q: Earlier this week you retweeted an NFLPA tweet detailing NFL club cash spending in 2021 with the Browns topping the chart. Could you explain that, because everything I’ve seen shows the Browns well under the 2021 salary cap. Is the actual cash spent being so significantly higher due to all the ex-coaches and execs the Browns are still paying?

A: The former coaches and executives don’t factor in. This is all about money spent on players. While the Browns have done a good job managing the salary cap and maintaining flexibility, they spent cash in 2021. The large salaries for key players such as Garrett, Jarvis Landry, Odell Beckham Jr. and Jack Conklin contribute to the number, as do signing bonuses paid to guards Joel Bitonio and Wyatt Teller on extensions.

Mailbag: Which receivers impressed most at scouting combine?
Mailbag: How do Browns justify the Deshaun Watson trade and contract?