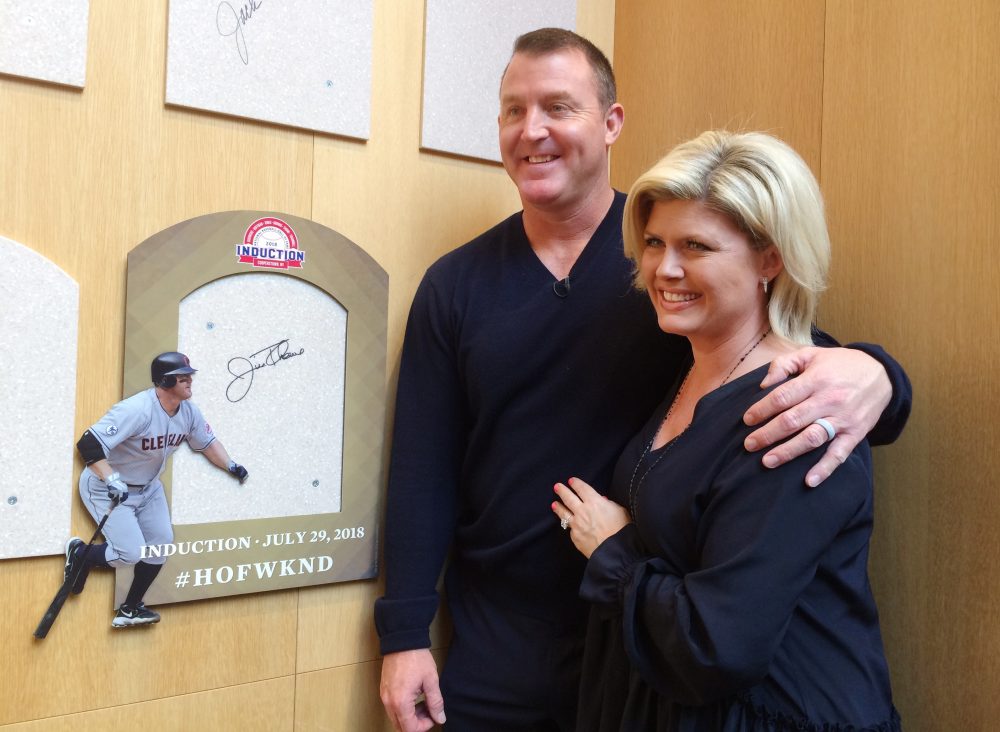 Andrea Thome is one of the latter.

The longtime wife of Jim Thome, who spent 13 years of his Hall of Fame baseball career in Cleveland, took to Twitter on Friday to declare they were done with their season tickets after the controversial trade for quarterback Deshaun Watson.

He’s been accused of sexual assault and harassment by 24 massage therapists, including 22 who have active civil lawsuits. Watson denied any wrongdoing Friday at his introductory news conference, and two Houston-area grand juries declined to indict him on criminal charges.


“I’ve never assaulted or disrespected or harassed any woman in my life,” he said Friday.

“Officially cancelled our Browns season tickets today and asked for a refund as they were paid in full,” Andrea Thome tweeted. “Very sad after 40 years as a fan, but this is my line in the sand. I believe women. Especially when there are 22 of them. That press conference did nothing to change my mind.

“They may not give us a refund. But I sent the letter today. If @Browns won’t refund — I will auction off every single game and publicly donate every cent to different women’s crisis charities in N.E. Ohio, raising awareness week by week during the season.

“A final word. I never called anyone guilty. 22 accusers. That’s enough for me to make a decision that I have every right to make without being incessantly bullied by keyboard warriors. I’m stepping away for a week, but I wish you all peace. Grateful for all of the support.”

Jimmy and Dee Haslam, general manager Andrew Berry and coach Kevin Stefanski declared their appreciation for fans bothered by the decision to pursue and acquire Watson.

“We do respect individuals that have strong feelings,” Dee Haslam said. “We understand those feelings.”

Watson’s entrance means the eventual exit of Baker Mayfield after four seasons with the Browns.

The team is trying to trade him and he wants to be traded, but the Browns have yet to find a deal they like.

“I think everybody understands the situation,” Stefanski told reporters Monday at the owners meetings in Palm Beach, Fla. “And we’re hoping that there’s closure to it at some point.”

** The expectation is that the NFL will suspend Watson for a chunk of the season. That increases the importance of backup Jacoby Brissett, who was officially signed to a one-year, $4.65 million contract Friday.

“It’s something we’ve spoken about,” Stefanski said of a potential Watson suspension. “Until we know that final answer, I’m speaking in hypotheticals right now.

“But we have to be ready for whatever decision is made potentially, go to Jacoby for a portion of it or not. We’ll wait and see what the league has, and we’ll plan accordingly when it comes to practice and those type of things.”

“We just wanted to add a good player at the backup quarterback position,” Stefanski said. “(Brissett has) been through it, has started a lot of football games. He’s really a smart young man, just getting to know him when they brought him in throughout the process. I think we got a really good one there.”

Receiver Jarvis Landry remains a candidate to return despite being released at the start of free agency so the Browns could save nearly $15 million in cash and salary cap space. He spent the last four years with the Browns.

Landry recently changed agents to Roosevelt Barnes, who told Cleveland.com and the Akron Beacon Journal there’s “mutual interest” in a reunion with the Browns but other teams are also in play.

If Landry came back, he would join Amari Cooper, who was acquired in a trade from the Cowboys to be the No. 1 receiver. Cooper is a four-time Pro Bowler who has eclipsed 1,000 yards in five of seven seasons.

“I think the first thing you notice when you meet Amari is just … how big he is and how imposing he can be,” Stefanski said. “So you see that in his play. He’s a physical athlete with the ball in his hands. He can snap open versus man coverage.

“He’s been a productive player in his career. He’s made a lot of plays, someone that we’re going to be counting on. Really excited to get to work with him.”