Mailbag: Is there any concern that Deshaun Watson hasn’t played in so long? 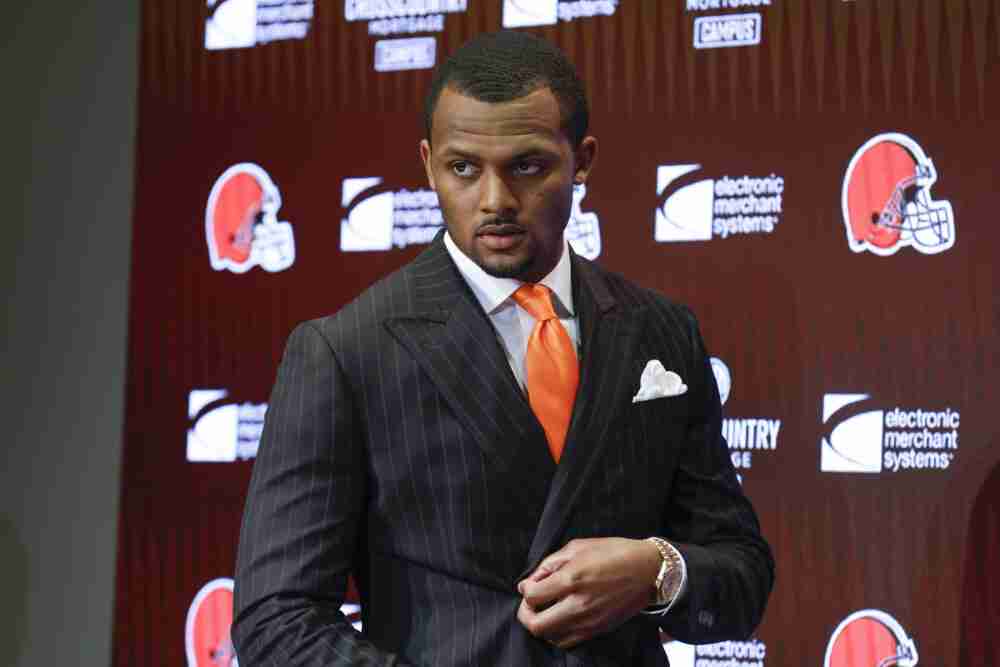 Q: Is there any concern at all regarding Deshaun Watson’s relatively limited sample size (three full seasons) or the fact that, with a suspension, he will not have played a down in nearly 2 full years?

What do you make of the lack of public support/comments for Baker Mayfield from his teammates?

A: The sample size is plenty for me. Watson is a three-time Pro Bowler who’s been to the playoffs and led the league in passing yards in 2020. And he’s experienced compared to Joe Burrow and Justin Herbert, peers in the AFC.

The lack of repetitions and playing time in 2021 is a much bigger concern for me, especially if a suspension is tacked on to start the season. The offseason program and preseason should allow him to shake off much of the rust, but he will have gone a long time without reading defenses and making decisions at full game speed whenever he makes his regular-season debut. I’d expect a few rough spots before he’s completely back to normal.

Regarding Mayfield, the lack of public comments is noteworthy but not necessarily damning. I know there were teammates who supported Mayfield last season, but there were also those who didn’t and had determined he wasn’t the right man for the job. In today’s age of social media everywhere, I expected to see more support for Mayfield. Maybe that will come when a trade is finally executed.

Q: The Browns have been frontrunners in diversity hiring, especially with women. Were the women in the organization involved in the Deshaun Watson process at all, or have we heard from any of them positively or negatively?

A: The Haslams and general manager Andrew Berry insisted women within the organization were included in the process. Besides owner Dee Haslam, no woman has spoken publicly about the trade.

“There absolutely were (conversations with women in the building),” Berry said March 25. “We have talked a lot about building a diverse group within the organization and bringing all of the perspectives to the table, and that is certainly something that we did with this decision, as well.”

“Women are such an important part of our organization and we value them, we are empowering them and we are doing everything we can to provide opportunity for women in our organization,” she said.

Q: Are we gonna trade Denzel Ward or do we need him to shut down Ja’Marr Chase to beat the Bengals?

A: Legitimate lockdown cornerbacks are incredibly difficult to find, so I’d be in no hurry to part with Ward. In fact, I’d bite the bullet and finalize an extension that would pay him about $20 million a year. Chase is only one example of the standout wideouts that require a corner like Ward.

I believe the Browns are waiting for more salary cap certainty, including trading Mayfield and his $18.86 million guaranteed salary for 2022, before extending Ward. Nothing can be ruled out in today’s NFL, but I don’t think the Browns will try to trade him. He’s a hometown guy who wants to stay and is in the top tier in the league at a premier position. The secondary is so much better with him at the No. 1 spot.

Q: What was the suspension for Ben Roethlisberger when he had his criminal charges? In your opinion, what should Watson’s be using that logic?

A: Roethlisberger wasn’t charged after a college student accused him of sexually assaulting her inside a bathroom at a nightclub in 2010. Commissioner Roger Goodell suspended him anyway for violating the NFL’s personal conduct policy, starting at six games but reducing it to four games.

The fact that 24 women have accused Watson of sexual misconduct suggests to me a lengthier suspension would be in order, at least eight games. Much will be determined by the league’s investigation, but I don’t think the punishment will wind up being that harsh. I’d set the over/under at six games.

Q: What ethical implications arise for journalists who took a strong public stance against the Watson trade? Can they be objective moving forward?

A: I don’t think there are any ethical implications. I can only speak for myself, but I never wrote Watson was guilty of the allegations. I wrote that I didn’t think the pursuit was a good idea due to the seriousness and volume of the accusations and the impact on fans who didn’t approve of the idea or were traumatized by it. I believe the backlash has shown the effect the trade has had on a significant segment of the fan base. There is still a lot to be resolved from a legal aspect, and we may all learn more about what happened, which could further shape our opinions.

Q: Is it realistic to think the Browns would move back into the 1st round of this year’s draft?

I understand the question and the temptation for Berry and chief strategy officer Paul DePodesta to recoup a first-rounder in April, but moving from No. 44 into the first round would require substantial assets in a trade. Rather than chasing that first-rounder, I think the Browns will accept the situation this year and work on restocking future drafts.

Q: What do you think of the front office and head coach giving public support to Mayfield while secretly trying to find his replacement? Business as usual, or duplicitous? No ax to grind, as long as the team wins, I don’t care who plays QB?

A: I’m never a fan of misleading the fans or media, but this strikes me as “what else were they supposed to say?”

The Browns made it clear behind the scenes they were looking for an upgrade over Mayfield. The lack of negotiations on a contract extension was the proof of how they really felt.

I understand that fans of Mayfield feel betrayed, as does Mayfield. But I don’t have a big issue with how the Browns handled the situation. I will agree with Berry, who told reporters at the owners meetings his only regret was that he would’ve talked to Mayfield’s camp before news leaked of the meeting with Watson in Houston.

Q: Have I missed what Paul DePodesta thinks about the Watson acquisition? Or has he just been silent?

A: DePodesta didn’t attend the introductory news conference but he was at the owners meetings last week in Florida and talked to a small group of reporters.

He said he took the “same journey” as everyone else had described and got “really comfortable” with Watson as a person. DePodesta called the research involved in the potential acquisition the “most detailed and dogged” he’s witnessed in his 25 years in professional sports. He also touched on trading three first-round draft pick for him.

“Ultimately it comes down to current roster value, right?” he said. “I mean, that’s why we’re here. It’s not to have the most draft picks or the most cap space. It’s ultimately to have the best team.”

Q: Doesn’t the bet the Browns have placed on Deshaun Watson put Kevin Stefanski in a potentially awkward situation? We already had the scenario where Baker started to get mildly passive aggressive about the playbook last season. With $230 million guaranteed, Watson in theory has more power than Stefanski.

A: I see where you’re going, but I think that’s just the nature of the beast. Highly paid players have power. Extremely highly paid quarterbacks have a tremendous amount of power. So it is up to the coach to make it work. It’s much easier to do that if you believe the quarterback is one of the best in the league.

Q: Am I right thinking no way they keep Mayfield on the final 53-man roster?

A: You are correct, sir.

I understand Berry declining to say that publicly and even keeping the door open for Mayfield to be on the roster, but I just don’t see that as a viable alternative.

The Browns decided to move on from Mayfield, and he doesn’t want to play for them. So now it’s just a matter of finding the best trade value. I’d be absolutely stunned if Mayfield ever returned to Berea.

Q: What is the health status of Jack Conklin?

A: He’s rehabbing and working out at Browns headquarters and the hope is he’s ready for the start of the season. Stefanski was asked about that timing at the owners meetings.

Mailbag: How do Browns justify the Deshaun Watson trade and contract?
Mailbag: Who’s on the wish list for Nos. 44 and 78 in the NFL Draft?