Lorain’s Naz Bohannon turns back to football, trying to get opportunity as NFL tight end 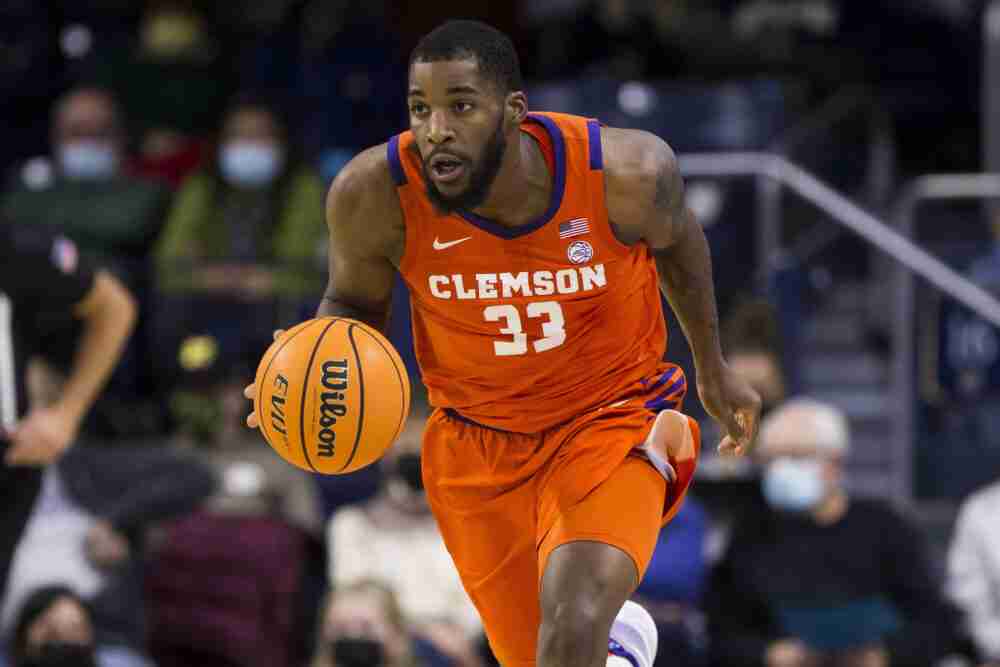 Naz Bohannon is chasing a second chance at a football career.

Bohannon could’ve played at a high-level college program after graduating from Lorain High in 2017, but his heart belonged to basketball. After four years on the hardwood at Youngstown State and a final season at Clemson, he’s turned his attention back to football with the dream of making it in the NFL.

“I kind of missed the field,” he said in a phone interview. “I always wondered what if I did pursue that route.”


He won’t have to wonder much longer.

Agent Glenn Schwartzman contacted Bohannon near the end of the college basketball season to gauge his interest. Schwartzman has a history of turning hoopers into NFL tight ends, with Marcus Pollard his greatest success. Pollard played basketball at Bradley, then in the NFL from 1995-2008, including 10 years with the Colts. He’s helping Bohannon through the transition.

“He’s great to have as a mentor, just to talk to, understand the position, do everything else,” Bohannon said. “Antonio Gates and Mo Alie-Cox, to be more recent, are guys who give inspiration because they show that you can come from this sport and apply everything to another sport.”

At 6-foot-6 and with the athleticism required to compete in the meatgrinder that is ACC basketball, Bohannon was just what Schwartzman wanted. They made their intentions known at Clemson’s pro day, as Bohannon was measured and introduced to NFL teams.

Basketball season had just concluded so he didn’t work out for the scouts, coaches and general managers, but the groundwork was laid.

“We got to create a buzz and show face,” Bohannon said.

Dominating the line of scrimmage to the extent opponents wouldn’t run in his direction. Absorbing the scouting report, dropping into coverage as instructed and intercepting a pass against Bedford. Getting a fourth-down sack in a win over Sandusky that paved the way to a playoff run. Catching everything within reach.

Bohannon played defensive end, outside linebacker, receiver, some tight end and even a little quarterback. He said he had offers from Michigan State, Pittsburgh, Kentucky, Iowa State, the Air Force Academy and the Ivy League but held out for the chance to play basketball.

“It’s so exciting to me because I always thought football would be his ticket,” McFarland said of his return to the sport. “Naz was so smart, he was always where he was supposed to be. He just has an instinct for the game.”

Schwartzman identified the tight end draft class as weak and decided it would be a good year to take another shot with a basketball player. Bohannon met all the criteria, and the hope is he can follow in the footsteps of Gates, Pollard, Tony Gonzalez and Jimmy Graham, who played basketball in college.

“We’re trying to find that one team that will give him a legitimate chance and understand the situation, that it’s a developmental thing but what the upside could be,” Schwartzman said.

Bohannon wasn’t ready to work out for teams and won’t get drafted, so the goal is an invite to a rookie minicamp or two. Plenty of players turn the tryouts into an offseason roster spot and eventually an NFL career.

“We’re getting good responses,” Schwartzman said. “I have a very good feeling.”

Bohannon has returned to Northeast Ohio to train on the field with his old coaches in Lorain and at a facility in Youngstown. He got advice from former Lorain teammate Rashod Berry, who played at Ohio State and is with the Detroit Lions.

“He just told me if somebody opens the door, be prepared and jump on it,” Bohannon said. “He obviously knows the mentality of guys where we come from. So keep that mentality, keep that hunger and just come to work every day.”

The thought of a future in football never completely left Bohannon’s mind, and Schwartzman rekindled it.

“If Naz puts his heart into this, look out, he’s gonna do something special,” said McFarland, who’s been contacted by NFL teams.

“Definitely go two feet forward,” Bohannon said. “Obviously I believe anything you do, you should attack full force, an opportunity like this especially.”

Basketball will always be special to Bohannon. Although it was the last sport he picked up, he fell fast. And hard.

“I love basketball a lot,” he said. “It is just something different for me about basketball and the details and the love of it.”

So he passed on attractive college football offers as he waited on West Virginia to make one in basketball. When the dust settled he headed to Youngstown State. He was a four-year starter, an All-Horizon League pick as a senior and the school’s all-time Division I rebound leader. He averaged 31 minutes, 10.4 points, 8.3 rebounds and 2.5 assists for his career.

He wasn’t done with his love and used an extra year of eligibility to transfer to Clemson. He spent a year in the powerhouse conference, averaged 21.2 minutes, 5.7 points, 4.1 rebounds and 1.7 assists and played against Final Four teams North Carolina and Duke, including going against coach Mike Krzyzewski in Durham in his final season.

“The competitive side in you is like, OK, we’re here to win a game, we mean business,” Bohannon said. “I actually went and played at Cameron Indoor, which was for me something that was on a bucket list.

“So the Cameron Crazies, it was surreal after being in it and really understanding it and embodying it. He’s talking to you, you’re that close in the line, you can say I shook hands or met with one of if not the greatest college basketball coach ever.”

While Bohannon is adamant his focus is fully on football, if he doesn’t get the opportunity, going overseas to play professional basketball could be an option.

Pinned at the top of Bohannon’s Twitter account is a letter he wrote to his younger self. He mentions the pain, hunger, gunshots and death he experienced growing up, but also “persevering,” “defying odds” and the “joy that is coming.”

Bohannon said he’s always been a prolific writer, was emotional after the death of his grandfather, Maurice Little, and decided to share the message after he was encouraged to do so. Perhaps the lowest point from his childhood was when he was 5, his father and mother were in prison and he moved in with grandparents.

As Bohannon got older, he realized the difficulties weren’t insurmountable.

“I can use the situation of my family members, everybody else around us and you can either let it be a crutch or you can let it fuel you,” he said. “I want to be the one to be the reason why we can get out of here. We can come back if we want to. We can pour into the city. We can help everybody else after us.

“But I want to be the one to let’s have a positive piece from this.”

He credits Lorain for helping him along the way.

“That’s why I hold it dear to me, the whole, entire city,” he said.

McFarland was part of the village but gives all the credit to Bohannon.

“I couldn’t be any prouder,” McFarland said. “I use it as an example to everybody, that you can overcome anything. This kid never let anything destroy him.

“I think that’s why he’s gonna make it. Coaches in the NFL are looking for intangibles. He’s got them.”

Bohannon’s long journey might not have taken him to the doorstep of the NFL yet, but he’s in the neighborhood.

“It’s definitely exciting,” he said. “I always prided myself on leaving a legacy, write your own story … and I love being an underdog. I’m ready, excited to jump on the opportunity and to be out there and go beat out a guy.”

Denzel Ward takes pride in hometown story, record-setting contract, vows to give back and show he’s worthy
Martin Emerson says he’ll bring “everything I have” to already-talented cornerback group