NFL Draft 2022: Clevelander Gabe Brkic would get a real kick out playing for the Browns 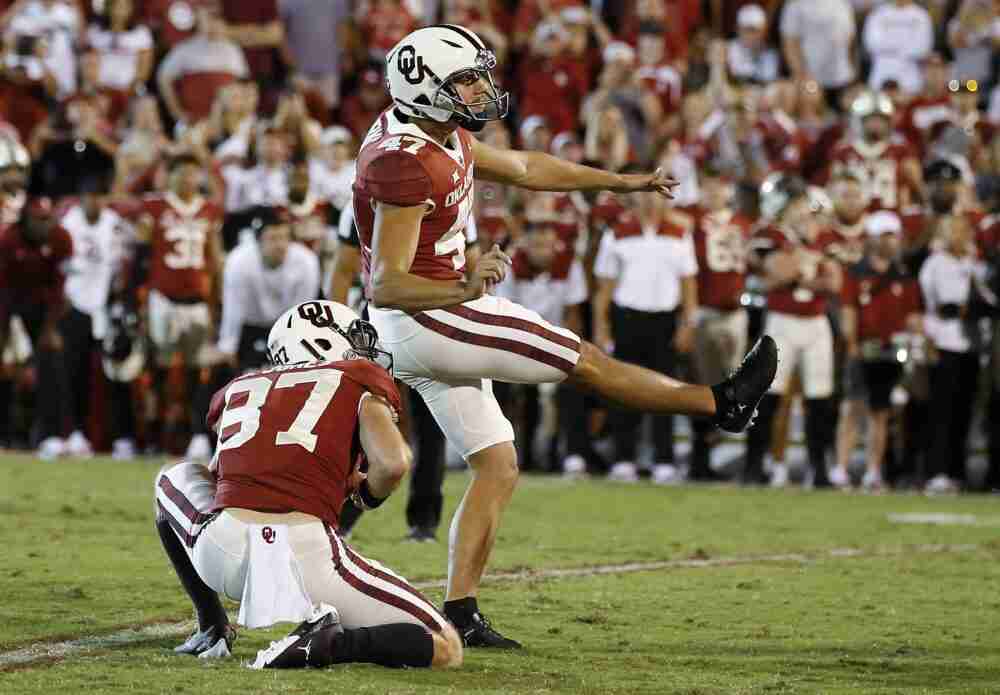 Gabe Brkic would love a new view of the uprights at FirstEnergy Stadium.

For years he sat behind them in his family’s season tickets in the west end zone. Now he’s days away from being drafted into the NFL and wants the Browns to call his name.

“I’ll go anywhere but it’d be great to play in Cleveland because I’m a big fan,” he said Tuesday by phone from Oklahoma.

NFL Draft 2022: Dream within reach for Midview grad Dustin Crum, and he’s confident he’s ready for what comes next


Brkic’s chosen profession is all about splitting the uprights. He kicked at Notre Dame-Cathedral Latin in Chardon — he wouldn’t be fazed by the weather on the lakefront —then at the University of Oklahoma, where he earned the reputation as having one of the strongest legs in the country. He made 10 of 14 field goals from beyond 50 yards, including tying an NCAA record with three in a win over Tulane last season.

“I think they like the potential a big leg has and what it can bring to their team,” he said of NFL teams.

Brkic is ranked the No. 2 kicker behind LSU’s Cade York by Dane Brugler, The Athletic’s draft analyst. Brkic expects to be selected in the fifth, sixth or seventh round and is well aware the Browns could consider a kicker. They re-signed incumbent Chase McLaughlin but are looking for competition after he missed seven kicks in an eight-game stretch last season.

“They’re definitely in the market,” said Brkic, who’s talked to the Browns briefly in the runup to the draft.

The Browns have a pick in the sixth round and two in the seventh, and general manager Andrew Berry has said he’s open to taking a kicker. They expect to contend for the Super Bowl this season, which increases the importance of the position given the number of close games during a season and in the playoffs.

The draft is a crapshoot, and kicker isn’t an exception.

The Buccaneers were burned by taking Robert Aguayo at No. 59 in the second round in 2016. He had a bad rookie year and hasn’t kicked again in the league. But the Bengals reached the Super Bowl last season when rookie fifth-rounder Evan McPherson was perfect in the playoffs, including nailing the walk-off winners in the divisional round and AFC championship.

The Browns struck out in their last two attempts in the draft. Zane Gonzalez was taken in the seventh round in 2017 and Austin Seibert in the fifth round in 2019, and neither made it through Year 2 in Cleveland.

Brkic was a freshman at Oklahoma when Seibert was a senior and has gotten advice throughout the draft process. Seibert kicked in six games for the Lions last year.

“Have a mentality as if I’m in a position where it’s my spot to lose,” said Brkic, who entered the draft with two years of eligibility remaining. “So just keep performing well and just perform the best you can, don’t try to outperform others.”

At 6-foot-2½, 197 pounds, Brkic would be one of the NFL’s taller kickers. He studies Baltimore’s Justin Tucker (6-1), a five-time All-Pro, and Kansas City’s Harrison Butker (6-4) because of their similar builds.

“Our bodies can move the same rather than like a short guy,” Brkic said.

He always had a strong leg but took it to another level during the pandemic. He focused on snapping his leg and getting his hips through the ball for long-distance field goals.

“I’ve been in the process this past year of just combining that (long-distance) form with my shorter-range field goals,” he said. “I’m dialing it in right now and it’ll be great when it happens.”

Brkic will head home to watch the draft with family. He was in Norman on Saturday and saw the ceremony in which Heisman Trophy-winning quarterback Baker Mayfield’s statue was unveiled during the Sooners’ Spring Game.

Brkic has met Mayfield but doesn’t know him personally. He wishes him the best as Mayfield hopes to be traded by the Browns during the draft.

“I want to see him do good in the NFL, so just wherever he fits in well,” Brkic said. “I don’t know if the Browns were a good fit. I’m not sure what all went down there, but I’d like to see him do great things in the NFL.”

He holds the same hope for himself as the draft nears.

“Really excited for it,” he said.