Browns left in unusual situation: No draft pick, but still trying to resolve a QB situation 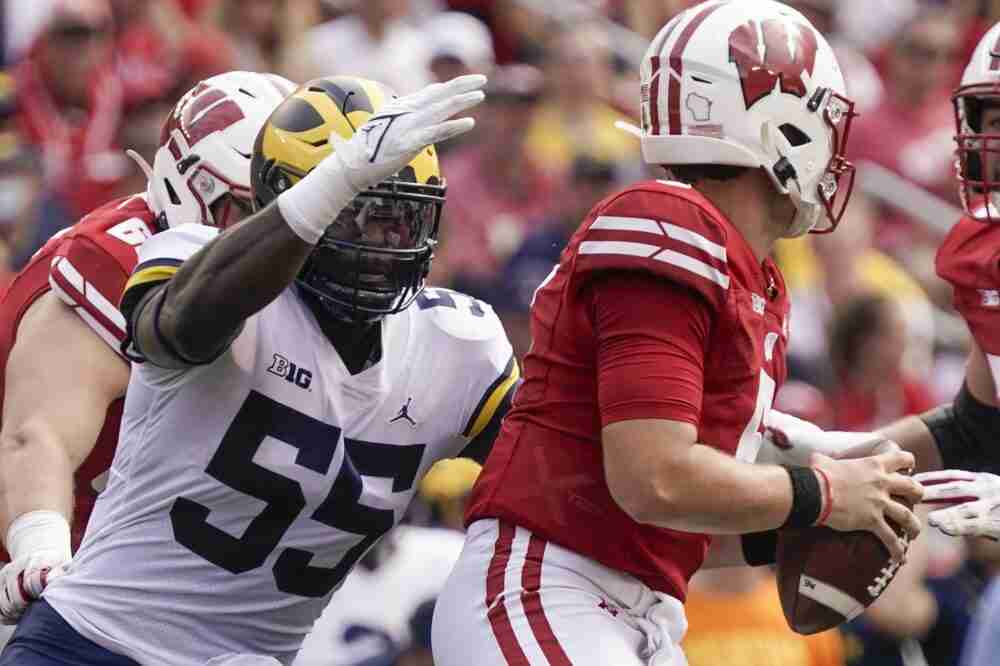 At some point during the three-day NFL Draft, the Browns will select a player.

Until then — scheduled for Friday night with the No. 44 pick — the focus will be on a pair of quarterbacks drafted years ago.

The Browns don’t have a first-round pick because they went all in to acquire Deshaun Watson in a move that will shape the franchise for years. General manager Andrew Berry, who places a high value on draft picks, sent six of them, including a first-rounder in the next three drafts, to the Texans after agreeing to pay Watson, the No. 12 pick in 2017, a fully guaranteed five-year contract worth a record $230 million.

The incredible investment was made despite Watson facing 22 civil lawsuits on sexual assault and harassment accusations. He’s denied any wrongdoing.


The Browns watched the playoffs, surveyed the quarterback landscape in the AFC, decided they couldn’t win without a significant upgrade and Watson was the best option.

The fallout from the move includes an extremely uncomfortable situation with Baker Mayfield, the man Watson has replaced.

Mayfield was the No. 1 pick of the Browns in 2018 and helped them end a 17-year playoff drought and beat the Steelers in the wild card round in 2020. But an injury-plagued 2021 in which he struggled, publicly criticized coach Kevin Stefanski and didn’t have the full support of some of his teammates signaled the end of his time with the Browns.

The Watson trade made it obvious.

The final step is to find an acceptable trade, which hasn’t happened in a depressed market. The draft could change that, which is the hope of Mayfield and the Browns.

Teams will have their quarterback depth charts basically set by this weekend. Those with sizable holes at or near the top could consider Mayfield as the most attractive alternative. Carolina and Seattle are among the teams that could come calling.

“I think it gets resolved this week, and I think Baker Mayfield walks away as the steal of the NFL Draft,” ESPN’s Dan Orlovsky said on “Get Up.”

Orlovsky joins NFL Network’s Daniel Jeremiah in the belief Mayfield is a better option than the quarterbacks considered the best in the 2022 draft class, Pittsburgh’s Kenny Pickett and Liberty’s Malik Willis. If the Panthers, for instance, pass on a quarterback at No. 6, they could offer Berry a midround pick this year or next for Mayfield, likely with the condition the Browns pay part of Mayfield’s guaranteed $18.86 million salary for 2022.

“When I stack Baker up with this class, especially if you’ve got to win games next year, I think I would lean towards Baker,” Jeremiah said last week on a conference call.

A deal for Mayfield would be more about jettisoning him than acquiring quality assets. But it would allow the Browns to move forward and focus on the players they’ll add this week.

The Browns believe they have a strong roster capable of advancing deep into the playoffs. But they’ll watch the first round — Berry said a trade back into the first night is “unlikely” — with a close eye on which receivers, defensive ends and defensive tackles are taken.

The perfect player at a different position could prompt the Browns to change course, but the defensive line and wideout are the obvious priorities and could be addressed Friday if Berry keeps Nos. 44, 78 and 99. With more picks headed to Houston the next two drafts, he may try to turn one of the Day 2 selections into a better pick or two in the coming years.

The choice at No. 44 is obviously dependent on what happens before the Browns are on the clock, but they should have quality options at defensive end and receiver. They need an end to pair with All-Pro Myles Garrett and a receiver to line up across from four-time Pro Bowler Amari Cooper.

Mark Dominik, a SiriusXM analyst and former Buccaneers general manager, thinks the Browns may have to move up a few spots to get a defensive end they want, mentioning Minnesota’s Boye Mafe as someone he’d take “in a second.”

Jeremiah feels better about the potential options at end.

“This draft goes pretty deep in that area,” he said on a recent conference call. “Boye Mafe, I think there’s a chance he could get there. I love (Penn State’s) Arnold Ebiketie. I know he’s a little bit older but he is a stud. He’s one of my favorite players to watch. I think he’d give them some good pass rush there.”

Dominik has a favorite at end in Michigan’s David Ojabo but doesn’t think he’ll escape the first round. Ojabo’s Achilles tendon tore at his pro day in March, so he’s expected to miss at least part of the season.

“I don’t think he makes it all the way down. But if he does, I’d take him in two seconds,” Dominik said. “I thought he was going to go top 10 or right on the bubble there. So if you have a chance to pull that player in the second round, you’re getting a first-round talent, you do that all day. If you can have him on the football field come December and hopefully in January with the team they have, that is worth it.”

At receiver, both analysts mentioned North Dakota State’s Christan Watson and Georgia’s George Pickens as possibilities at No. 44, although Dominik expects Pickens to be gone. He thought Western Michigan’s Skyy Moore and South Alabama’s Jalen Tolbert would still be available.

And Jeremiah had an interesting suggestion to replace Jarvis Landry, who was cut in March.

“If you were saying, ‘OK, who’s the closest thing to Jarvis Landry, as he’s moved on?’ I think John Metchie (III) would probably be that guy from Alabama,” he said.

Berry hasn’t prioritized defensive tackle in his two-plus years on the job, so it may be down the list at No. 44. But reinforcements are needed on the interior, and Houston’s Logan Hall, Connecticut’s Travis Jones and Oklahoma’s Perrion Winfrey could intrigue Berry.